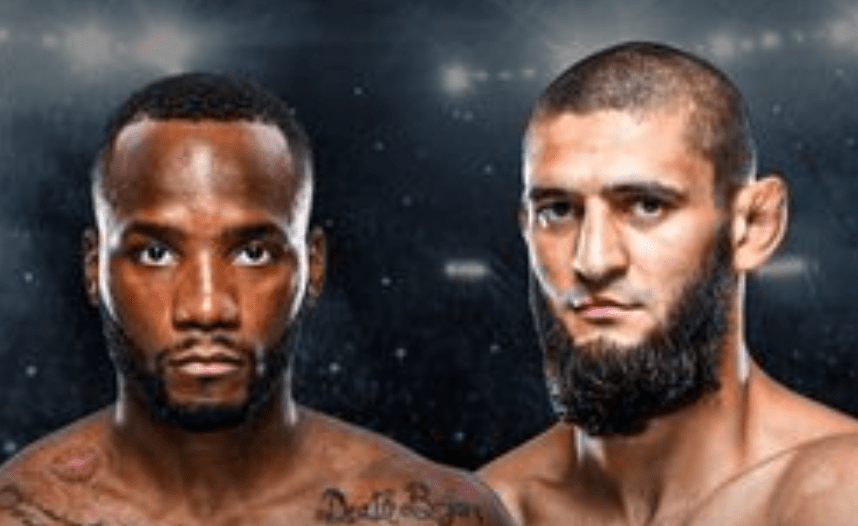 Edwards was set to fight Tyron Woodley in the main event at UFC London back in March. This would however, become the promotion’s first event to be cancelled due to COVID-19. ‘Rocky’ was then offered a title shot against Kamaru Usman in the summer, but couldn’t accept the fight due to travel restrictions. He then saw his UFC Vegas 17 main event against Khamzat Chimaev earlier this month postponed, after he caught the coronavirus.

Now it looks like his bad luck will roll over into 2021, with Chimaev reported to be out of their UFC Fight Island 8 main event on January 20th. Front Kick has reported that the Russian born Swede has been removed from the card for undisclosed reasons.

Interestingly, the card is also not listed on the UFC website.

It is not currently known if the fight will be rebooked again, or whether the promotion will find a new replacement for Edwards.

Edwards, who is on a eight fight win streak, hasn’t fought since beating Rafael dos Anjos at UFC San Antonio a year and a half ago. Chimaev on the other hand, burst onto the scene earlier this year with three dominant wins in 66 days.

The news comes just one day after Chimaev posted a picture of him holding the UFC belt along with a caption reading ‘2021’.

Do you think the UFC should rebook Leon Edwards vs Khamzat Chimaev welterweight clash, or give the Brit a new opponent?

In the last few hours, Kevin Holland and Vicente Luque have both offered to step in to face Edwards on three weeks notice. While ‘Rocky’ has called out Jorge Masvidal to step up and settle their differences inside the Octagon.

ESPN has reported that Holland is set to headline the UFC’s March 20th card against Derek Brunson. However, that hasn’t stopped ‘Trail Blazer’ from wanting to fight Edwards in the UFC Fight Island 8 main event.

Chimaev’s manager Ali Abdelaziz has now confirmed that his man withdrew from his UFC Fight Island 8 main event against Edwards as a result of the after effects of having the coronavirus.