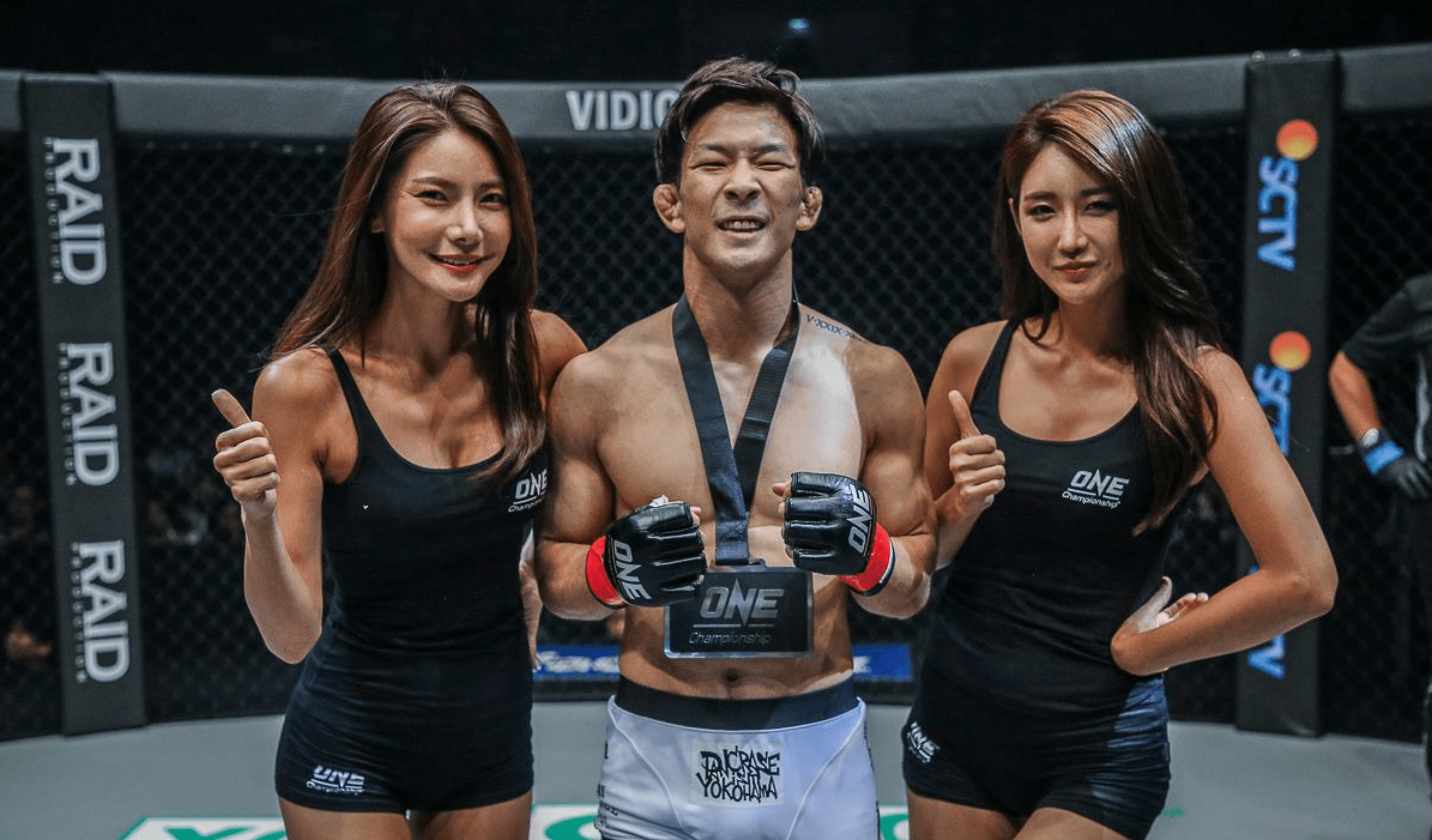 After an unsuccessful bid for the ONE featherweight title at ONE: Dawn Of Heroes in August 2019, Koyomi Matsushima is determined to get another shot at the title. He is currently sat in third spot in the ONE featherweight rankings, and is set to take on the number five ranked Garry Tonon in the ONE: Big Bang co-main event on December 4th.

“I Think I Can Grow And Become Stronger”

Speaking to ONE Championship, Matsushima said that he can pave his way to a title shot by beating Tonon.

“There are strong guys above me such as Martin Nguyen and Thanh Le, and I want to beat those two ultimately,” said Matsushima. “I think I can grow and become stronger by fighting against Tonon.”

“I was watching his bouts, thinking he may have strong fists. So, I want to land my strikes without taking those punches.”

Matsushima believes that Tonon’s signature move is the leg lock, but what impressed him most was the fact that he used the manoeuvre in his fight with Yoshiki Nakahara. He will be looking to avoid getting caught in the leg lock himself.

“I was most impressed by his most recent bout against Yoshiki Nakahara,” said Matsushima. “In that bout, I felt he revealed the weapon he’d been hiding. And I sense that he is planning to compete against me like that.

“The heel hook – or leg and foot locks. Previously [in mixed martial arts], he’d won by rear-naked choke and guillotine choke. But watching his grappling bout [against Shinya Aoki], I got the impression that he is good at leg and foot locks. It was so impressive that he kept winning [in mixed martial arts] without using that weapon until he fought against Nakahara. In terms of the leg and foot locks, he is the best in the world, so I need to be wary. I keep reminding myself, ‘I will be in trouble once he touches me, or I will lose if I move carelessly.'”

“I Should Consider The Distance”

Going up against a high-class grappler, Matsushima has prepared himself by training with several notable Japanese fighters known for their grappling skills.

“I had opportunities to train with strong Japanese grapplers like Masakazu Imanari and Kenta Iwamoto, and I think I have done a good job of preparing,” Matsushima said. “I am not particularly a grappling specialist, so they taught me many detailed things. They also told me that I should consider the distance when I compete against Tonon.”

Ahead of their fight, Matsushima believes that he has the advantage in the striking department, and thinks that his striking will be his key to victory.

“In terms of distance in the striking game, I think [my strikes] can land better than his,” said Matsushima. “Tonon knocked down some opponents with punches, but I noticed that he uses punches from a short distance. So, I think if I’m conscious of the distance, I won’t get hit.”

A Fight Offer Amid This Difficult Time

Matsushima previously stated that he would have go through Thanh Le, now the ONE featherweight champion, or Tonon in order to get another title shot. Now that one of these matchups has materialised, ‘Moushigo’ is glad to finally be able to return to action against ‘The Lion Killer’.

“I thought Tonon would’ve had at least one more bout with someone else first, but I am so grateful that I have received the offer [to fight him] at this difficult time in the pandemic,” Matsushima said. “I was so happy to receive this offer, and I really want to beat him.”

The 28-year-old has done an analysis on his opponent, and thinks Tonon’s tendency to switch stances will open a window of opportunity for him to go in for the finish.

“In the course of the bout, I think Tonon will switch from orthodox to southpaw to initiate an attack. When that happens, I hope I can attack him to accumulate damage. I believe this is the pattern for my victory. I want to knock him out without missing the opportunity when he gets tired and damaged.”

“You might think Tonon has exceptional strength in the featherweight division, but I will demolish the illusion. So, please watch out for this bout.”

Can Koyomi Matsushima end the winning streak of Garry Tonon at ONE: Big Bang?