KSW Is Heading To Croatia 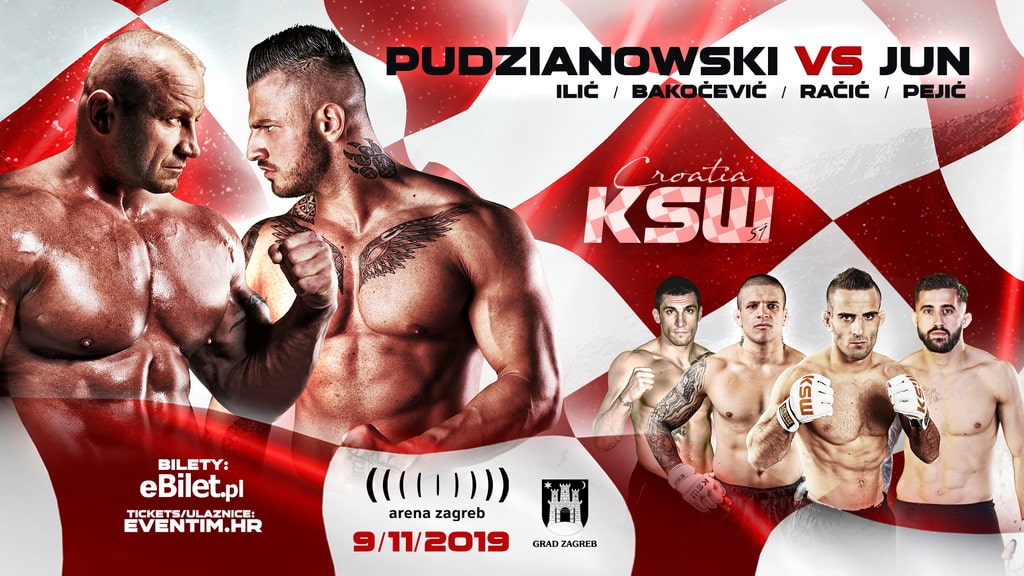 After several hugely successful events in Ireland and England in recent years, KSW comes to Zagreb, Croatia on November 9th with KSW 51 at the Zagreb Arena under the patronage of Milan Bandic, mayor of the city of Zagreb. This will mark the promotion’s very first visit to Croatia and the Balkan region.

A huge heavyweight collision between five times world’s strongest man Mariusz Pudzianowski (12-7) and Bosnian bodybuilding & social media star Erko Jun (3-0) will take place at this historic card, one which will be littered with some of the region’s top fighters.

With an impressive 4-0 run in KSW, Croatia’s very own Antun Racic (23-8-1) will compete for the vacant bantamweight title. We will also see the much anticipated sophomore appearances of featherweight Filip ‘Nitro’ Pejic (14-2-2), of Croatia, and Serbian middleweight Aleksandar ‘Joker’ Ilic (12-2), both of whom made major impacts in their respective KSW debuts earlier this year. And joining them, after nearly five years away from KSW, will be the always exciting Vaso Bako?evi? (39-18-1).

In recent years KSW has made strides beating promotional and industry records. In 2017 KSW 39, with an attendance of 57,766 people, became the largest ever MMA event in Europe and second largest MMA event of all time. Later that year the promotion staged it’s first event in Dublin, Ireland with a near sellout event in the countries largest indoor arena. The following year KSW expanded their number of yearly events to five and returned to London, England.

2019 will see that number of events increase to six with KSW 51 set for Croatia in November and KSW 52 closing out the year in Gliwice, Poland. This constant growth has seen the KSW get nominated for ‘Promotion of the Year’ in the Fighter’s Only World MMA Awards for the past three years straight.