Kyoji Horiguchi Out Of RIZIN 20 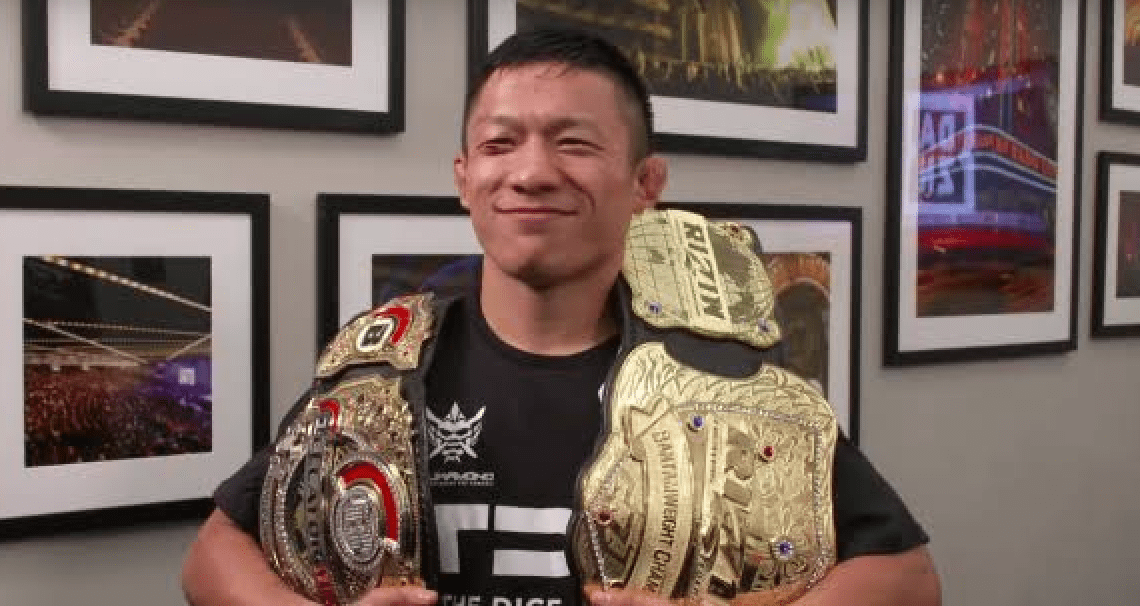 Kyoji Horiguchi has been forced to withdraw from RIZIN 20. The RIZIN and Bellator bantamweight champion was set to defend his title against Kai Asakura, on the Japanese promotion’s New Year’s Eve card.

RIZIN announced earlier today that Horiguchi will be out of action for at least ten months, due to a torn ACL and damaged meniscus in his right knee.

Taking to social media, Horiguchi posted a video, apologising to his fans (as transcribed by Asian MMA)

“I am terribly sorry. I have injured myself and have just had surgery. And I am forced to withdraw from the RIZIN 20 event. When I think about everybody who was looking forward to my fight on New Year’s Eve I am lost in words and have an indescribable feeling of guilt for everybody. I am sorry. I am sorry to Kai Asakura, I am sorry to all the fans. I cannot describe how I feel in words.

I have been fighting as a professional for about 10 years since graduating high school and it’s not that I haven’t suffered any injuries but I was able to come all this way without any serious injuries. But I have felt some abnormalities in my body from last year but I didn’t take these signs too seriously.

I started to train again in October but failed to realise how much wear and tear my body has obtained. And my ligament in my knee snapped. This was all because I took my body’s warnings lightly. I will be repeating myself to say I am terribly sorry about my injury and my withdraw from the fight. But I have decided to take this opportunity to heal my body and focus on recovering so I can start off with a fresh mind and body.

I will need to overcome this obstacle to fulfil my goal to revive the Japanese fight scene. I believe that I need to use this opportunity to start over and rebuild towards that goal. I grew up watching Pride and that is why I became a fighter.

I will not stop until the Japanese fight scene is back to where it used to be or even better. I am finally recovering from my surgery and just started rehabilitation on Monday in Florida. I have been down all this time but now my mind is set and I know what I need to do.

However, I still cannot take a single step. I will work hard and focus on showing you the stronger and better version of Kyoji Horiguchi. And hopefully I can take part in reviving the Japanese fight scene. Oss.”

Asakura beat Horiguchi at RIZIN 18 in a non-title, catchweight bout, and will remain on the card. Although he currently doesn’t have an opponent.

Because of the lengthy lay off ahead, Horiguchi has relinquished his RIZIN bantamweight title. While he remains the Bellator 135lbs champion, it is not currently known if he will also relinquish this title as well.