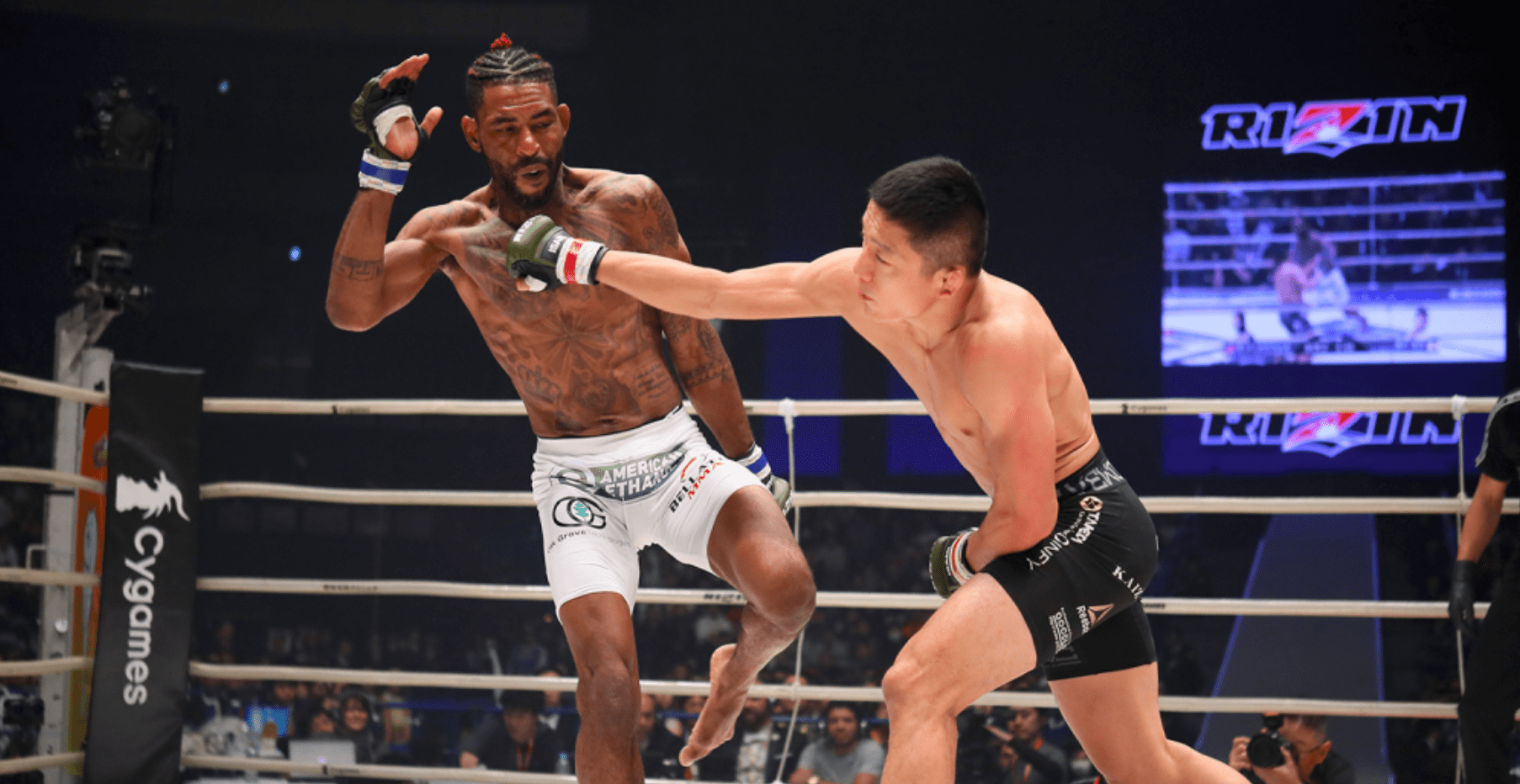 Scott Coker, has confirmed that a rematch between Kyoji Horiguchi and Darrion Caldwell has finally been booked.

The Bellator CEO informed ESPN that the rematch will go down at Bellator 222, on June 14th at Madison Square Garden, New York. Caldwell’s Bellator bantamweight title will be on the line.

The two met previously at RIZIN 14, last New Year’s Eve in Tokyo, when Horiguchi submitted Caldwell, via guillotine choke in the third round. In doing so, the Japanese fighter defended his RIZIN bantamweight title.

The two fights were part of an agreement between Bellator and RIZIN, where each fighter would defend their own belt in their own organisation. If Horiguchi beats Caldwell for a second time, he is contractually obliged to defend the belt once a year.

Their first fight was inside a ring, whereas the second fight will take place in a cage.

Former UFC flyweight contender Horiguchi, has won his last twelve, fights. With the last nine coming since he left the UFC. He scored a first round TKO win over another former UFC flyweight, Ben Nguyen, last week at RIZIN 15.

Caldwell hasn’t fought since losing to Horiguchi four months ago. Prior to the loss, the Bellator champion had won his previous four fights.

Bellator 222 will be headlined by Chael Sonnen vs Lyoto Machida.

With the rematch taking place in a Bellator cage, do you think Darrion Caldwell can win the rematch against Kyoji Horiguchi?