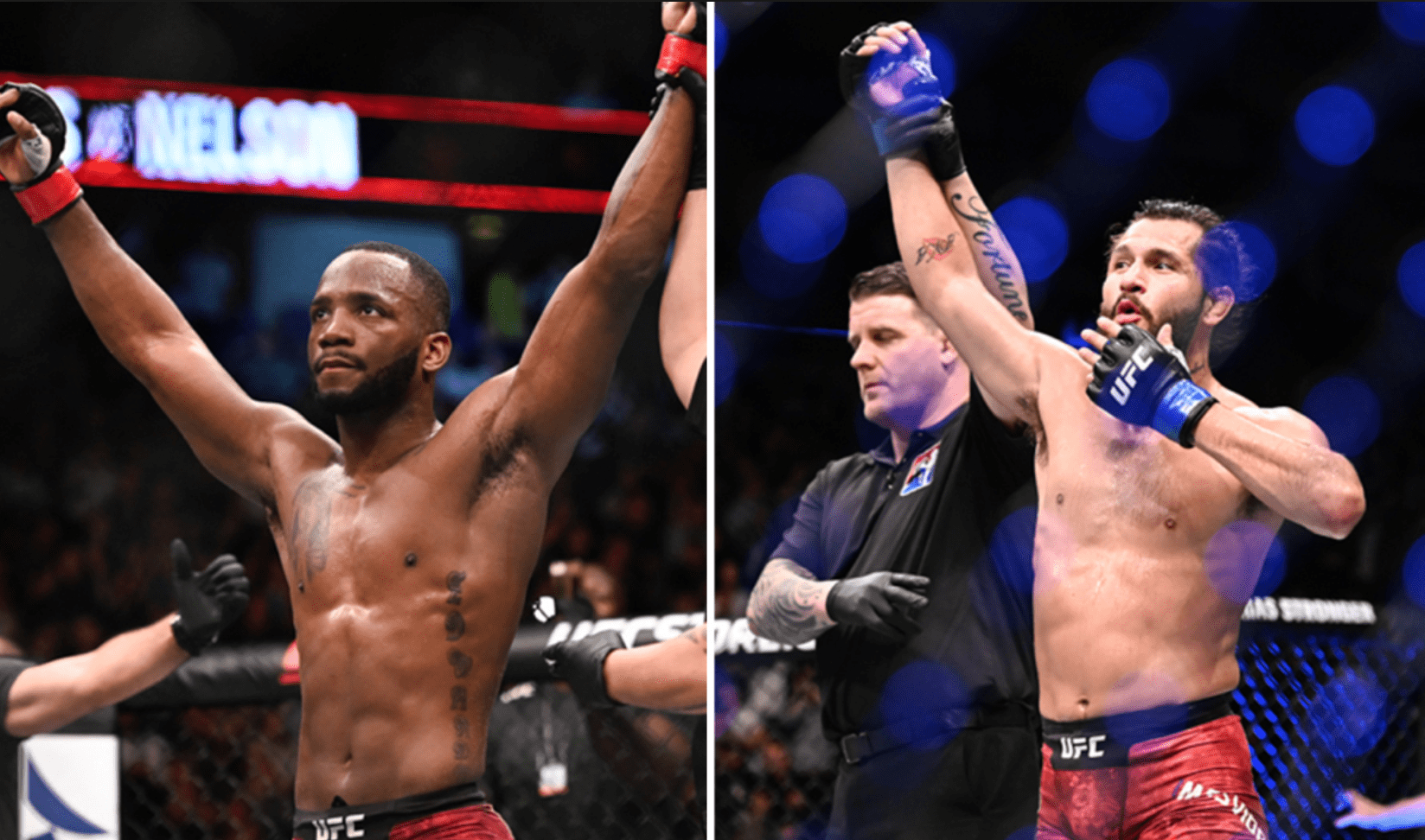 Since the UFC president Dana White confirmed earlier that week that Colby Covington would challenge Kamaru Usman for the UFC welterweight title next, the MMA world has been calling for Leon Edwards and Jorge Masvidal to fight, for the right to challenge for the title next. The whole MMA world except Team Masvidal it would seem.

Edwards has continually called out Masvidal since their infamous fracas backstage at UFC London, earlier this year. Despite the bad blood between the two, Masvidal has insisted that he’s only prepared to take a title fight next, or a money fight with Conor McGregor. Speaking to MMA Junkie, Edwards stated that the UFC have offered Masvidal a fight with him but ‘Gamebred’ turned it down.

“The only fight that makes sense now is me and Masvidal, and that’s the fight that I want. I spoke to the UFC. They want the fight. I want the fight. But Masvidal is turning the fight down. They say he doesn’t want the fight, so I don’t know. I’m just here. I’ll be ready to go at the end of the year and hopefully get one of those fights.

“They’re saying Masvidal said no, he doesn’t want the fight. He’s trying to outbid himself, saying he wants a stupid amount of money to fight. So I’m ready to go. I’m just waiting to see what happens, and so I’m looking forward to it. Hopefully we get the fight done.”

The 27 year old, who has a 17-3 record, went on to say that Masvidal has no right to demand a title fight, when he’s only 2-2 in his last four fights.

“I just don’t see where he gets the nerve to be demanding, making demands on what he wants. He’s 2-2 in his last four fights and I’m 8-0 in my last eight fights, second most to the champion. So I feel I should be ahead of him, anyway, in the title-shot contention. But I’m still willing to put my 8-0 up against his 2-2 to prove who’s the number one.

“My two choices are either Kamaru – the rematch – or Masvidal. That’s the only two fights right now in my career that make sense. I’m on a eight-fight win streak. I’ve done more work than anybody in the division, so I feel like I deserve one of those two fights. Whoever comes first, I’m ready to go.

“I’m willing to take Masvidal just to shut him up and get on the way to the title. Just stop running and take the fight and let’s prove to the fans you are what you say you are. I’m ready to go in November, so let me know.”

Soon after the interview was posted online, Masvidal’s manager Ibrahim Kawa took to social media to deny the Edward’s claims that the UFC offered them a fight with the Brit.

To which ‘Rocky’ didn’t take kindly to, telling Kawa to ‘shut your lying mouth you fat f***’.

In the last few hours, Kawa has responded to Edwards. Again stating that Masvidal hasn’t been offered the fight with him. And asking Edwards not to hate on his ‘dad bod’!

Edwards is yet to respond. In another tweet since though, Kawa said that Masvidal wasn’t expecting the next title shot, but was expecting his next fight to be for the title.

Masvidal is coming off of two spectacular knockouts of Darren Till and Ben Askren. Whereas Edwards has won his last eight, with the last three coming against ‘Cowboy’ Cerrone, Gunnar Nelson and Rafael dos Anjos.

Earlier this week, Dana, stated that Masvidal wouldn’t be getting a title shot or McGregor next.

Do you think Jorge Masvidal needs to get past Leon Edwards, if he wants to get a title shot?