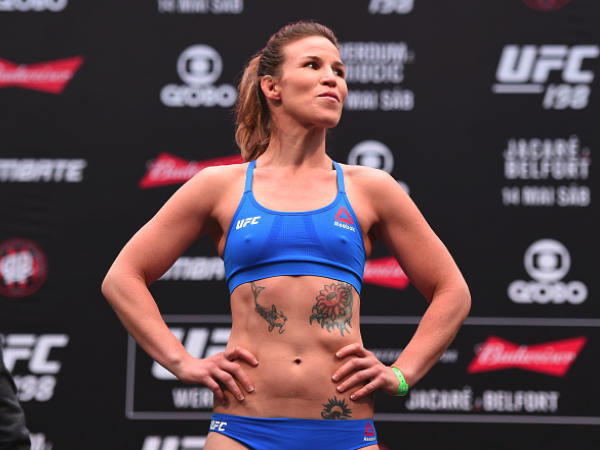 Former UFC fighter Leslie Smith has inked a deal with Bellator MMA, according to Yahoo Sports. Smith, 36, hasn’t fought in over a year, and her last fight in the UFC was scheduled for April 21st, 2018 against Aspen Ladd. However, with Ladd missing weight, UFC decided to nix the bout, and paid Smith her show money and win bonus before releasing her from her contract.

Leslie Smith has fought in Bellator MMA before, and after leaving the UFC, she kept herself busy by coaching on Wimp2Warrior, and attending Rutgers University. Smith has also been at the forefront of the efforts to unionize fighters, urging fighters from top MMA promotions to come together via Project Spearhead. What this also meant, was that MMA promotions haven’t been too forthcoming in offering Smith a fight contract.

Speaking with Yahoo Sports, Leslie Smith said, “What I’m so excited about signing with Bellator for is that I do not think they do not have that climate of fear that was present in the UFC. They’re a company that cares. They listen to their fighters. They put their fighters first and they give them the opportunity to have sponsors and there is a lot of expression that can happen inside those deals with the sponsors.”

“I’ve been having fun eating a lot of food and it’s really fun to know that for my next fight feeling strong, not frail. It doesn’t make any sense, but I’d feel frail at the time I was about to fight when I should have been feeling my strongest.”

Leslie Smith has won her last two fights in the UFC, amassing a record of four wins and three losses in the promotion.