Lethwei Legend Of The Year 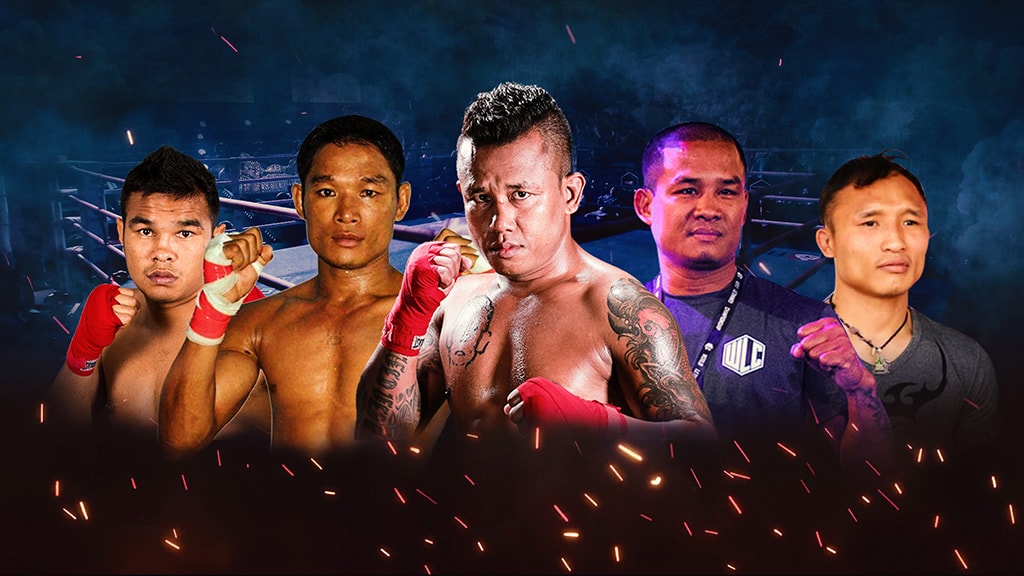 At this year’s edition of the World Lethwei Awards, a special voting category has been created to pay homage to the legends that made the sport what it is today. We take a look at the nominees for the Legend Of The Year 2020.

Tun Tun Min is famous for the power he possesses in his kicks and downed many an opponent with that weapon. In a career that has spanned two decades, he has only three losses in his professional career, and is the most respected active fighter today.

Soe Moe Hein is one of the living legends of Myanmar’s ancient combat sport, and has won numerous titles throughout his career. He started his fighting career at the age of twelve, and he was the only athlete to have won the prestigious Golden Belt Champion twice in 2007 and 2009. He is well-known for his killer left punch and world-class fight IQ, but when he turned 20 in 2010, he had to give up his fighting career because of an eye injury. Although he retired ten years ago before his prime years, a lot of Myanmar traditional combat sport fans still consider him as a legend of the sport.

Soe Moe Hein was known for his fighting style with a lot of technical approaches and in addition to lethwei, he represented Myanmar in the 2007 and 2009 SEA Games, winning the Gold medals at Muay Thai competition.

Win Tun is known for his beautiful nine limbs techniques and fans of the sport nicknamed him as ‘Magician of the Art of Nine Limbs’. He first won the Golden Belt in 2000, and then he won it for the next three years, before he retired. He never backed down from a challenge and faced a lot of bigger opponents in his professional career. After retiring from fighting, he continued working in the community as a coach, guiding a lot of youngsters to become great athletes in the sport.

Although he was known for having every strike in the game, his head kicks knocked out almost every big named opponent he faced. Whenever Dave Leduc fights in Myanmar, he trusts Win Tun to be his cornerman.

Former Openweight Myanmar Lethwei Champion Saw Nga Man, started his career when he was a boy, and fought for nearly three decades before retiring in 2019. Throughout his professional career, he won every title available in the sport, including the prestigious Golden Belt in 2009, 2010, 2011, and 2012. Moreover, in 2009 he won the Openweight Championship in Yangon. The now 39 year old runs the Shwe Phoo Lethwei Gym, and has mentored several great fighters, such as the featherweight number one ranked fighter, Mite Yine.

During his professional fighting career, Saw Nga Man was famous for his brutal lethwei style takedowns, using it time and time again to destroy his opponents.

Tway Ma Shaung is one of the most popular lethwei athlete of the modern era, and has inspired the people of Myanmar with his performances, techniques, and a big heart. During his career, he lost only twice. Despite the fact that he fought a lot of bigger opponents. As one of the best athletes of his generation, he competed in the 1990s and 2000s when footage of lethwei began circulating worldwide, and was known for his aggressive fighting style.

In his professional career, Tway Ma Shaung won the Golden Belt Championship in 2007, and the Dagon Aung Lan Tournament in 2012. Even though he retired in 2013, fans of the sport are still begging him to come back into the ring for one last hoorah.

Voting for The 2020 World Lethwei Awards closes today. Voters stand a chance to win limited edition merchandise when they vote. You can vote here.