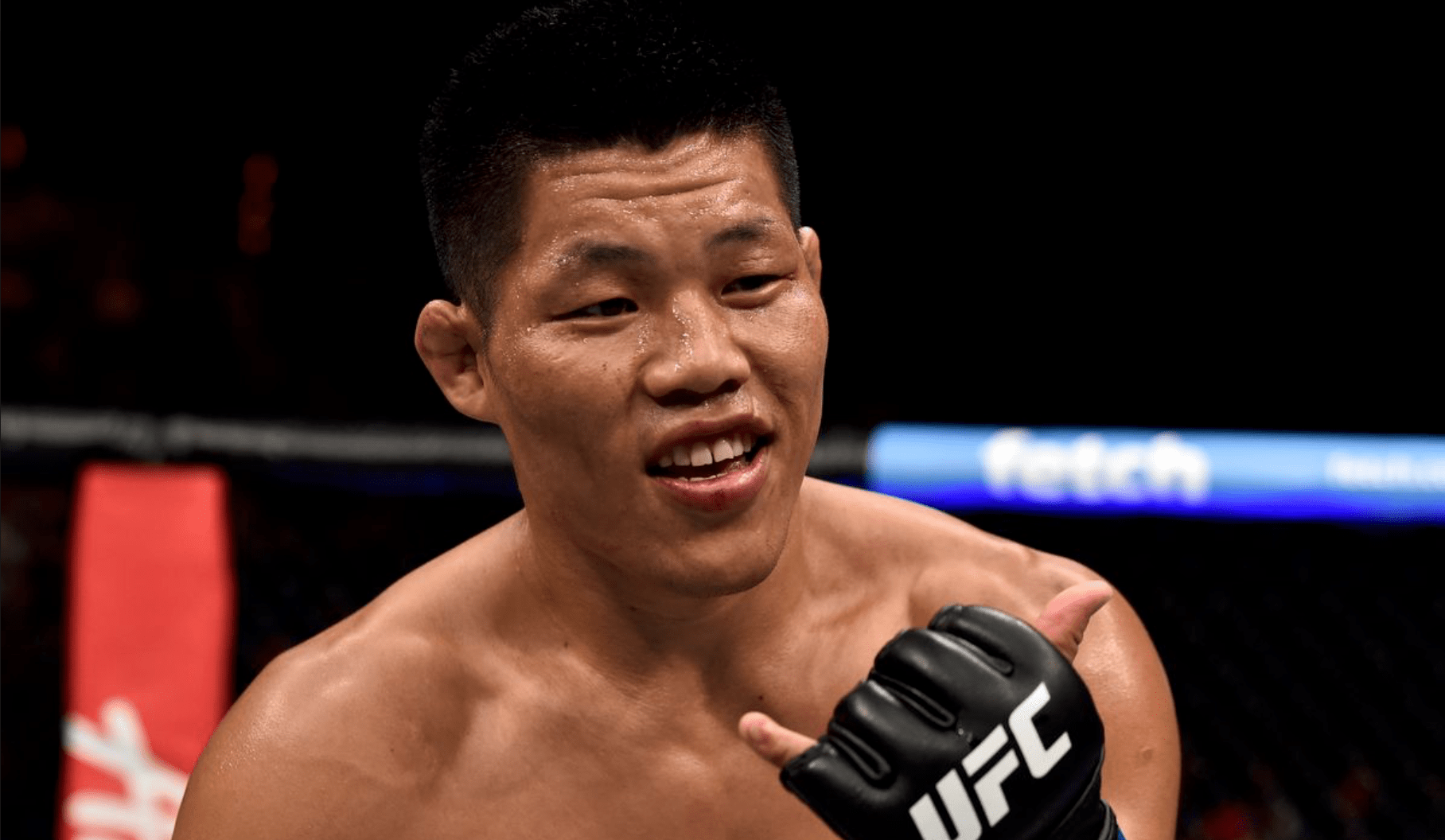 Li Jingliang has been forced to pull out of his fight with Alex Oliveira at UFC Fort Lauderdale. MMA Fighting have just confirmed reports from Combate that the Chinese fighter has suffered a back and neck injury.

The welterweight fight was only announced ten days ago but Jingliang hasn’t been able to train for the last few days, since suffering the injury.

With UFC Fort Lauderdale going down on April 27th, the UFC has plenty of time to find a replacement for Oliveira.

The Brazilian is looking to get back to winning ways after losing a bloody fight to Gunnar Nelson last December, in which ‘Cowboy’ needed 29 stitches in a head cut he suffered. ‘The Leach’ was hoping to make it three straight wins in Florida.