Liam Harrison Reflects On Training In Thailand For The First Time 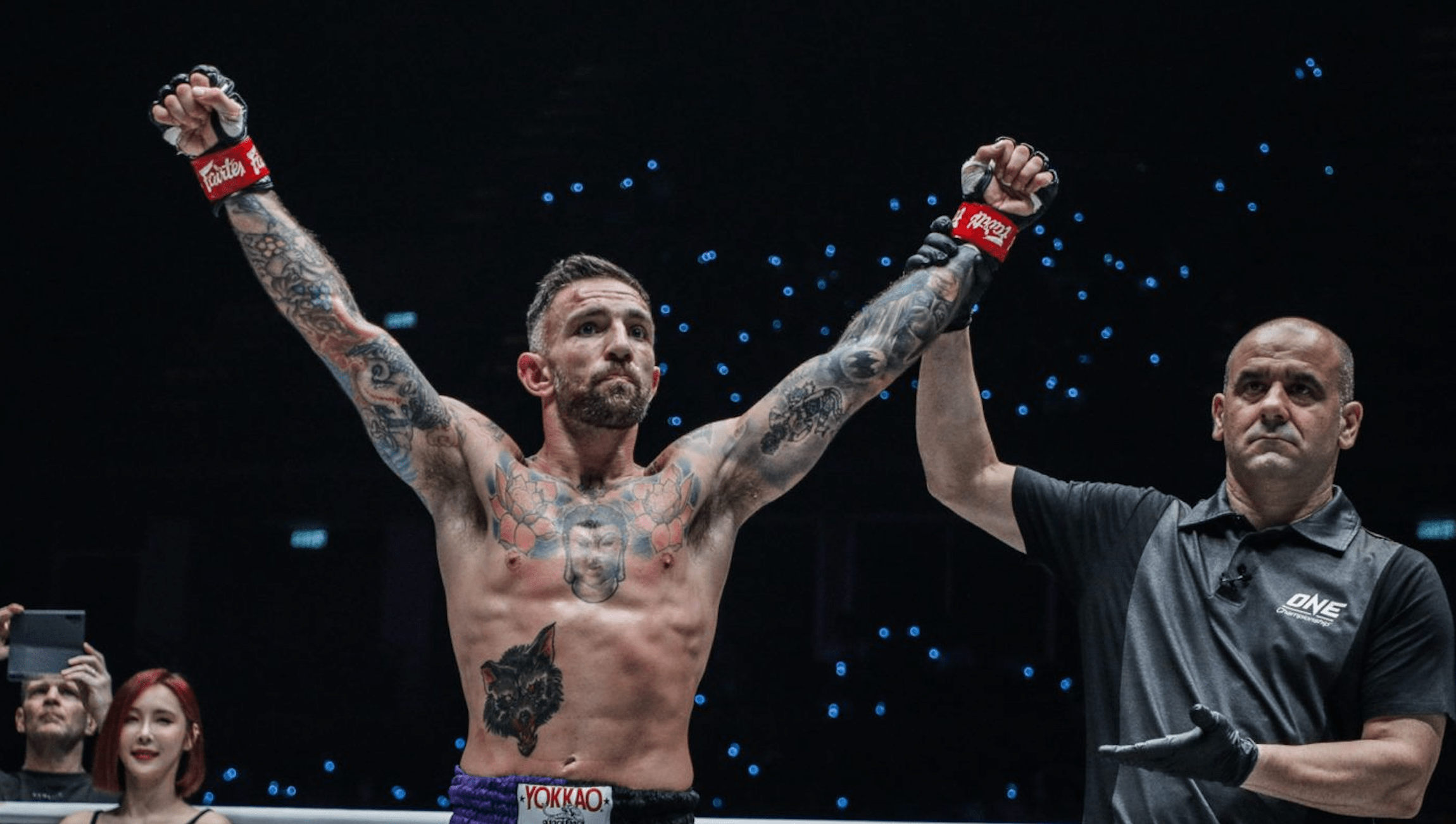 Eight-time Muay Thai world champion Liam Harrison, has competed in over 100 fights in his storied career, going back over 20 years. The 34 year old now divides his time between training at Bad Company Thai Boxing Gym in his hometown of Leeds, England, and at Jitti Gym Academy in Bangkok, Thailand.

Speaking to ONE Championship, Harrison shared his memories of when he first travelled to Thailand to train.

“I was 16 or 17. I’d just had a fight in England, and we had a Thai trainer called Jitti over in the gym for a while. He said, ‘You should come over and train at my gym in Thailand.’

“We’d seen a lot of fighters doing it and talking about the fights they’d have there, and all the experiences they had, so I said to one of the other guys in the gym, ‘Come on then. Let’s go do it and see where it goes.’”

Heading out to Thailand for the first time, Harrison had no idea what to expect, as the information about training in ‘The Land Of Smiles’ was quite scarce back in the day.

“I went out and it was just a shock – the heat, the way [Thais] train, and then just getting slung all over the place by Thais who were nowhere near the same size as me,” Harrison said. “It was a shock. I was only there for three weeks. I was meant to fight, but I didn’t end up fighting.”

Harrison, who now competes in the ONE Super Series, opened up on the difficulties of training in such humid conditions.

“As soon as you step off the plane into the humidity and the heat, you realize it’s a totally different thing altogether,” Harrison said. “It’s mental. You cannot be prepared for it.

”No matter how many times people tell you about it – training in that heat and doing three-hour sessions, and then running for miles – it registers in your head, but you don’t realise until you’re dying after ten minutes of the session.”

Advantages Of Training In Thailand

Despite the shock to the system initially, Harrison started to see all of the advantages that training in Thailand had to offer.

“I was surrounded by elite-level stadium champions who were the trainers at the gym, and I was learning just a little bit of each one. The amount of knowledge I amassed in those three weeks, it would have taken months to get at home, and I just knew I really wanted to do this.”

Beside the mission to sharpen his skills in the art of eight limbs, Harrison also wanted to explore the cultural and social life of the country.

“I was seeing everything, out sightseeing, trying to do all of that stuff as well. Some nights, I’d go out and have a drink. I’d never been there, so I didn’t want to just be stuck in a gym while I was in this amazing country.”

When he came back home, ‘The Hitman’ started implementing all the subtle techniques he picked up during his time at the Jitti Gym, which he missed despite all of the initial hardships.

“There were loads of little tips and tricks that I picked up that I was using in sparring – the sweeps and throws in the clinch,” Harrison said. “But when you come back home and you’re in a group class, it’s difficult. There aren’t seven full-time trainers walking around.

“Being [in Thailand] and not having to worry about anything else, just my own training, that was what I enjoyed. I didn’t have to kick the pads, and then put them on for my partners. [There were] just seven or eight elite-level trainers whose focus was all on you.”

At the age of 19, Harrison moved to Thailand for two years, to indulge himself completely in the Muay Thai lifestyle.

“When I went back there, I said, ‘Just treat me like all your other fighters.’ I slept on the floor on a mat at the gym like the Thais for the first six months. That’s how I lived. That’s what I wanted to do.”

Harrison would go on to face some of the biggest names in Muay Thai and compete inside the world-famous stadiums in Thailand.

“I ended up having a lot of fights there, mixing it up with stadium champions and elite-level fighters,” he said. “Everyone knew who I was, so it was brilliant. I just thought, ‘Right, this is it now, this is what I want to do. I want to make a name for myself here, and then I can take that experience back to England and build my name even bigger.’”

‘The Hitman’ won his last match against Mohammed Bin Mahmoud via first-round KO at ONE: A New Tomorrow this past January.

Who would you like to see Liam Harrison face next?