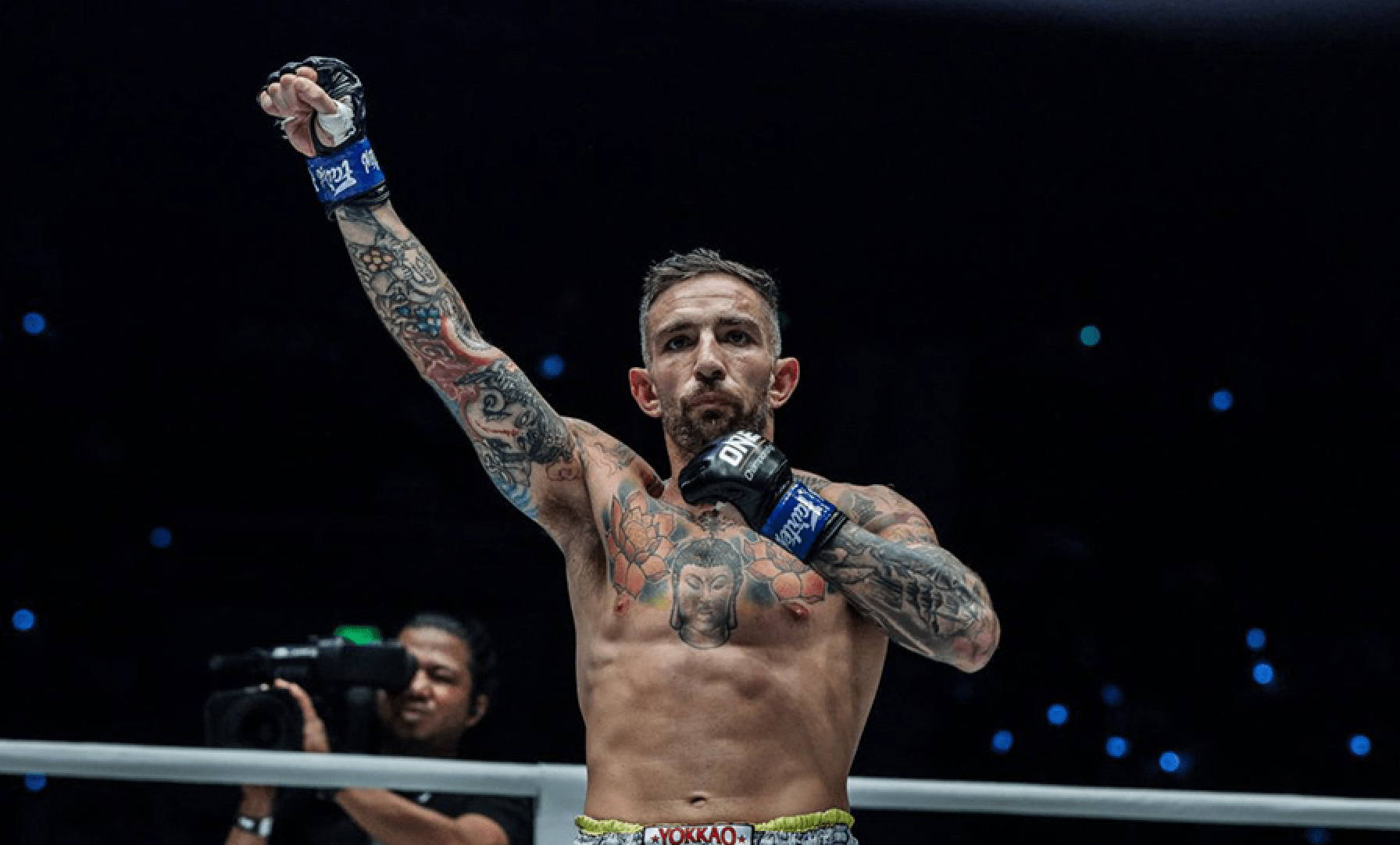 World-renowned Nak Muay Liam Harrison has been at the forefront of Muay Thai ever since winning his first world title at the young age of 19. Multiple world championships later, ‘The Hitman’ has established himself as the face of European Muay Thai.

Now, as one of the biggest names in the sport, the Leeds native evaluates what the future may look like once fighting resumes after COVID-19-related restrictions are lifted.

Harrison spoke to ONE Championship about his plans once fights begin to take place again.

“Obviously, I’ve been trying to stay in shape, but I want a fight, a date, and a plan set out. I just can’t wait to get back in there so I can put on the kind of ridiculous wars that I love and the fans love on the biggest stage there is,” the Bad Company representative said.

Although the future may be uncertain due to the global pandemic, Harrison already has three potential targets for the second half of the year. The English fighter’s sight is set clearly on the ONE bantamweight Muay Thai title.

“A Rodlek rematch would be good, but I want to break into the Muay Thai top five. I see that Muangthai [PK.Saenchaimuaythaigym] is at number five and Bobo Sacko is in there at number two, so either of those guys would be nice”.

Harrison would particularly enjoy a rematch with old foe Sacko, against who he suffered a decision loss in 2017.

“Sacko has a win over me from a fight in France a few years ago, so a rematch wouldn’t go amiss,” Harrison said. “We fought with big gloves and elbow pads, and I broke my foot in round three and split my shin in round four of that fight, so it was a disaster for me.

“To be honest, though, I have nothing against him. He’s just in a good position and I want to climb up, so that’s it really. Put me and him in there, and it will be an explosion, and a great fight for the crowd.”

The always entertaining Harrison states that — given both their styles — a fight with Muangthai would be one for the books. ‘The Elbow Zombie’ is not one to shy away from a back and forth battle; considering ‘The Hitman’s’ aggressive style, this fight could prove to be a fan-friendly affair.

“Someone’s head will come off in that fight. Whether it’s mine or his, I don’t know, but I’m 99 percent sure that is what is going to happen,” Harrison stated.

With a big name in the sport and a considerable fanbase behind him, the 34 year old believes that he is not far from a shot at Nong-O Gaiyanghadao’s title. The Thai has held firm on top of the division since winning the belt at ONE: Clash Of Legends last year. Harrison is certain that a spectacular win in his next contest could place him as the next challenger in the division.

“If I win my next fight by KO again, I don’t see any reason why I couldn’t fight Nong-O after that. I’ve won literally every other title there is to win, won my last four fights outside of ONE, and had a big KO in my last fight [against Mohammed Bin Mahmoud at ONE: A New Tomorrow], so one more big KO puts me towards that fight, I think.

“I am not bothered about any other title other than the ONE Championship belt. That is the only thing I care about before I retire.”

Now, with Harrison evermore focused, the British Muay Thai fans can expect nothing but fireworks the next time ‘The Hitman’ steps onto the big stage.

Who would you like to see Liam Harrison face next?