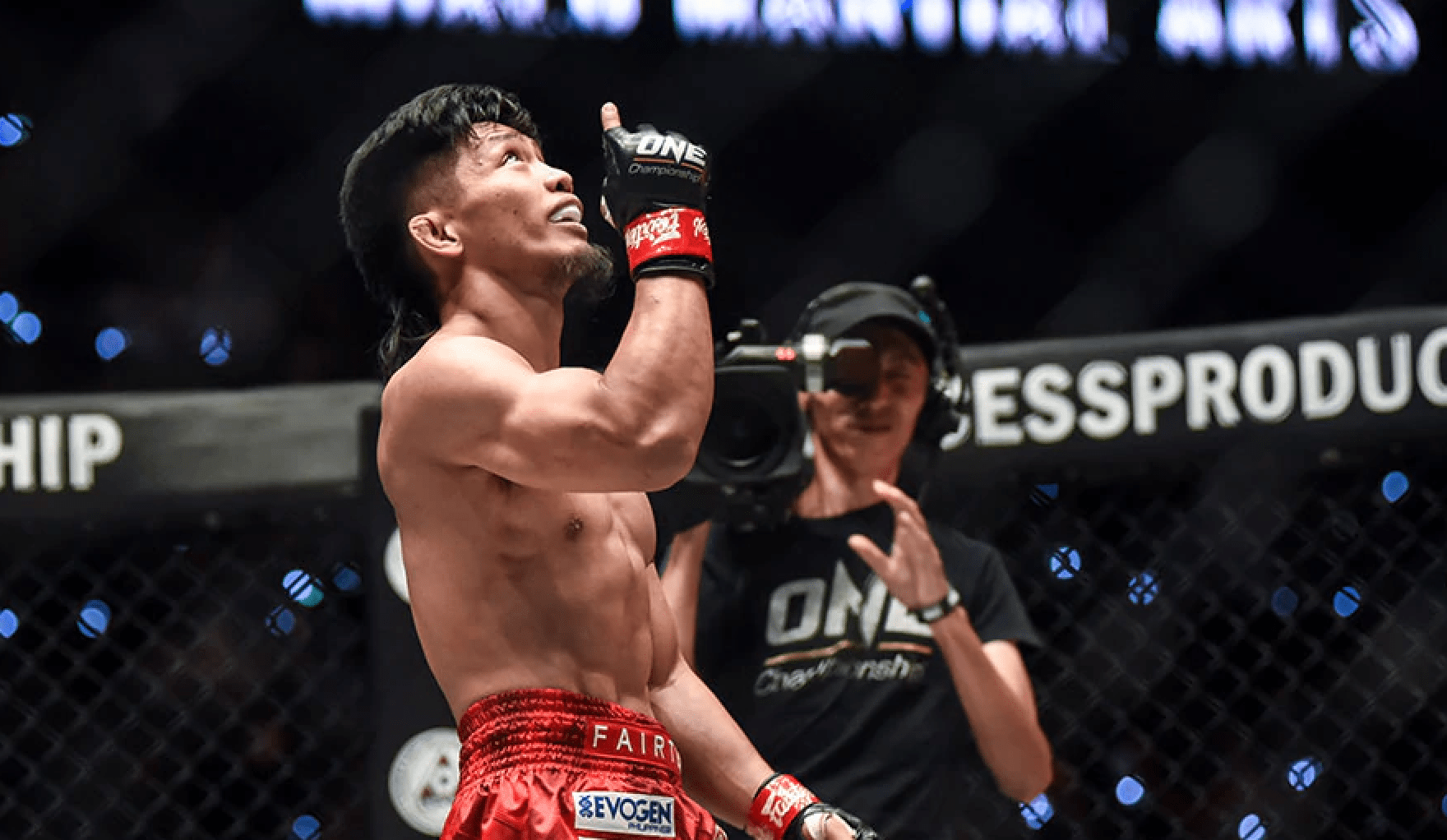 From suffering his first professional MMA loss in four years to the passing of his mother, 2020 was a tough year for Lito Adiwang.

In October, Hiroba Minowa snapped Adiwang’s seven-fight win streak by split decision at ONE: Inside The Matrix 3 on October 30th. Exactly two months later, the 27 year old’s ailing mother, Leticia Adiwang, passed away due to a stroke.

Fortunately for Adiwang, he had already signed the contract for his next fight before his mother’s passing away, which helped him cope with his personal tragedy, as he was able to spend most of his time training with his teammates at Team Lakay.

He returned to winning ways at ONE: Unbreakable last month, finishing Japan’s Namiki Kawahara in the second round.

Coping With His Mother’s Death

Speaking to ONE Championship, Adiwang revealed how his fight helped him cope with the loss of his mother.

“Before the tragedy happened, I had already agreed to return in January, so I was keen on staying true to my word and pushing through in this event,” Adiwang said. “Given how heavy the situation is, it also helps to stay busy. Every time I stay idle, I get pulled down, and once I’m there, it’s easy to be stuck in the negatives, so competing is really the positive way of doing this.

“My teammates have always been there for me. They’ve supported me through the hardest times. They are like family to me. I am very lucky to have a good support system.”

Adiwang’s loss to Minowa was a bitter pill to swallow for him, but his spirit hit rock bottom after his mother passed away. ‘Thunder Kid’ admits that his training camp for the Kawahara fight was the toughest of his career.

“It was the toughest camp I’ve faced. The preparation was really tough,” Adiwang revealed. “Emotionally, after a loss, it’s quite hard to get back. My spirit was quite low, and then suddenly, the tragedy happened and my mom passed away. It hurt me so much.

“I feel like as an athlete and as a person, I’ve grown so much emotionally. It showed that even the toughest people can hit rock bottom, and I’ve learned that it’s not always about showing your strong side – letting off your emotions can also help as well.”

The Team Lakay representative was very nervous going into ONE: Unbreakable, and admitted in a post-fight interview that he wasn’t fully prepared. However, he held back tears and bravely played with fire, getting a highlight-reel knockout win on the night.

“Taking this fight was a test for myself, where I am as a person. I’m very thankful everything went well,” Adiwang said. “Leading to this fight, I was really, really nervous. Not because of my opponent but nervous that I might not be able to perform well. I’m just super happy that I’m back in the Circle again doing what I love.”

Lito’s mother wasn’t in favour of him pursuing martial arts as she didn’t want her son to get hurt. However, she would always be happy to see her son succeed, and Adiwang wants to continue to live his life in her honour.

“There is nothing a mother wants more than to see her child happy and successful,” Adiwang said. “I chose this career and I believe she was happy to see me succeed in what I love to do. I know in my heart she is proud of me, and I will continue to live my life in her honour.”

Who do you want to see Lito Adiwang fight next?