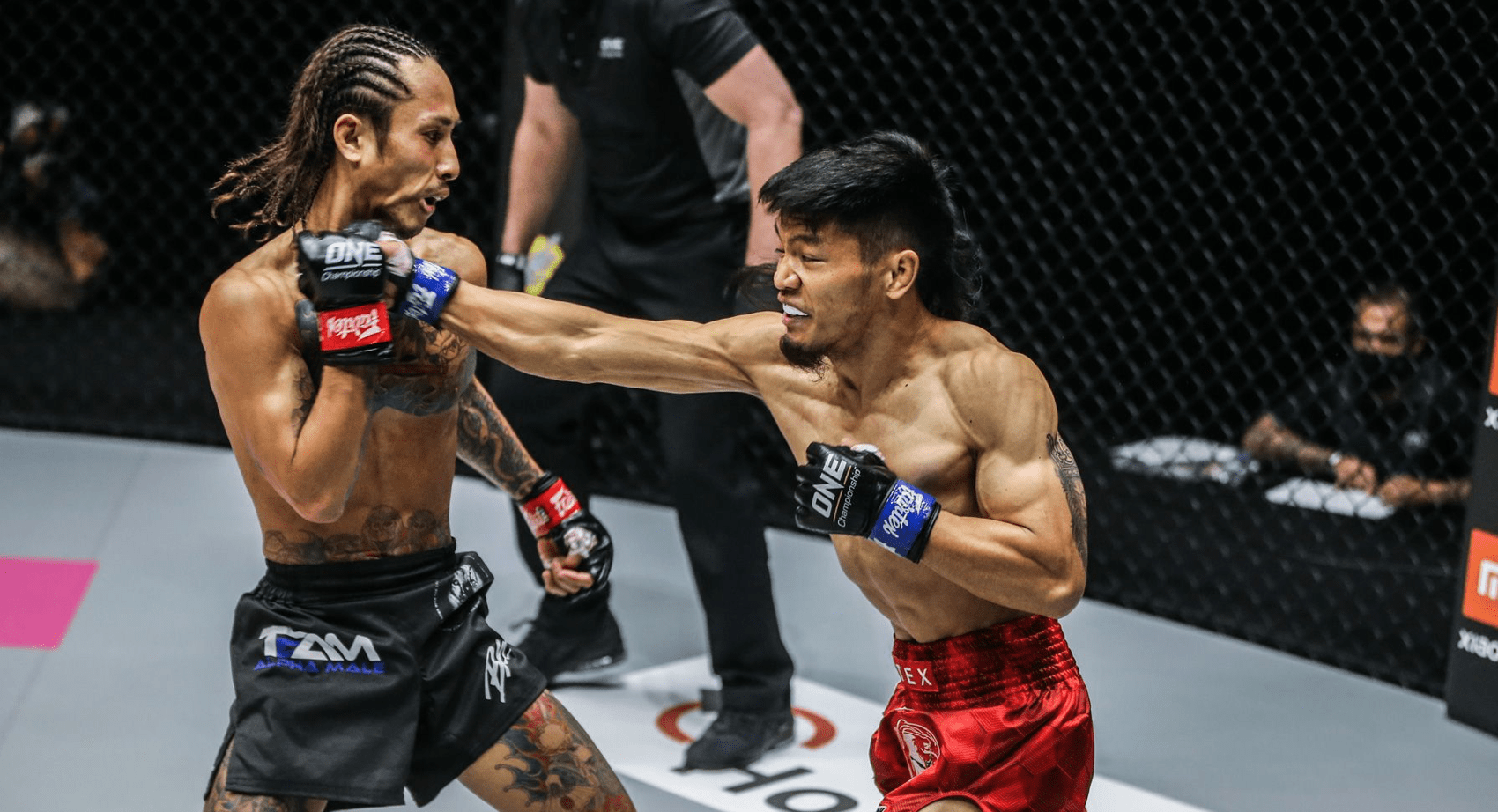 Lito Adiwang returned to winning ways with a highlight-reel knockout victory at ONE: Unbreakable against his Japanese foe, Namiki Kawahara.

Adiwang, who went into the fight coming off a controversial split decision loss to Hiroba Minowa at ONE: Inside The Matrix 3, eliminated Kawahara two minutes in the second round.

Speaking exclusively to Asian Persuasion MMA, Adiwang said that he was happy with his performance, even though he thinks he could have done better.

“I am so happy that we got the victory last night. I am overjoyed,” Adiwang said. “Looking back [at my performance], I’m happy and I’m happy that at least I came and gave a good show and a good finish. I just watched my fight a while ago and I know I can do better than that, but after all the situation I’ve been through, looking back, I am happy.”

Adiwang entered the ONE Circle only three weeks after his mother, Leticia Adiwang, passed away. ‘Thunder Kid’ revealed how hard it has been for him to cope with his personal tragedy.

“It’s quite tough for me, because it is hard to focus,” Adiwang revealed. “[I remember] that time she passed away, and I rushed her to the hospital, the emergency room didn’t respond quite well, so I saw her in the back of my car, with her lips turned white, and I cannot remove that picture from my mind. It bothers me. Even during my fight, I was thinking and hoping that I can focus and deliver a good job. No matter what I do, that picture keeps coming back in my mind.”

But training for the fight has helped Adiwang relieve his sorrow to a certain extent.

“That’s one reason why I took this fight, because at least I got something to focus on and put my mind into, so not just dwelling and feeling the pain so much,” Adiwang revealed. “At least my mind is into something else.”

Team Lakay has produced multiple world champions throughout the years, but COVID has put the plans of many of their top fighters temporarily on hold. Among the top names itching for a fight, according to Adiwang, are former ONE flyweight title challenger Danny Kingad, former lightweight champion Eduard Folayang, and former bantamweight champion Kevin Belingon.

“I think all of them [are itching to fight], but the three top guys [really] are. Danny, because he has been training and his fight has been cancelled, Eduard and I think even Kevin,” Adiwang shared.

Due to COVID, ONE is currently holding all of their events in Singapore in a bubble, which can make it more difficult for the fighters to adjust. But thanks to the Filipinos living in the island city-state, Adiwang and his cornermen are getting a taste of home overseas.

“I want to thank our Kababayans here, our countrymen, who are supporting us here in Singapore, because they help us a lot, especially with our diet, because the last time we were here, the food wasn’t what we are used to,” Adiwang shared. “It was different than the food we eat in Baguio, so it’s quite tough to adjust. But this time, some fans here cooked for us the food we are used to eating so our body recovered quite well.”

When asked whether he was interested in a rematch with Minowa or fighting someone in the flyweight top five next, Adiwang picked the latter.

“For me, it’s better to pick [one of] the top five in the division. I think that’s better,” Adiwang said.

As for when he would like to fight again, Adiwang stated that he will be good to go again in a month. The 27 year old also expressed his desire to compete in ONE: Super Series, which features kickboxing and Muay Thai bouts.

“Yeah, that’s one of my plan [to fight in ONE Super Series],” Adiwang said. “Hopefully I will, because I am really planning to complete there also. I really look forward to that.”

Who would you like Lito Adiwang to compete against next after his win over Namiki Kawahara?