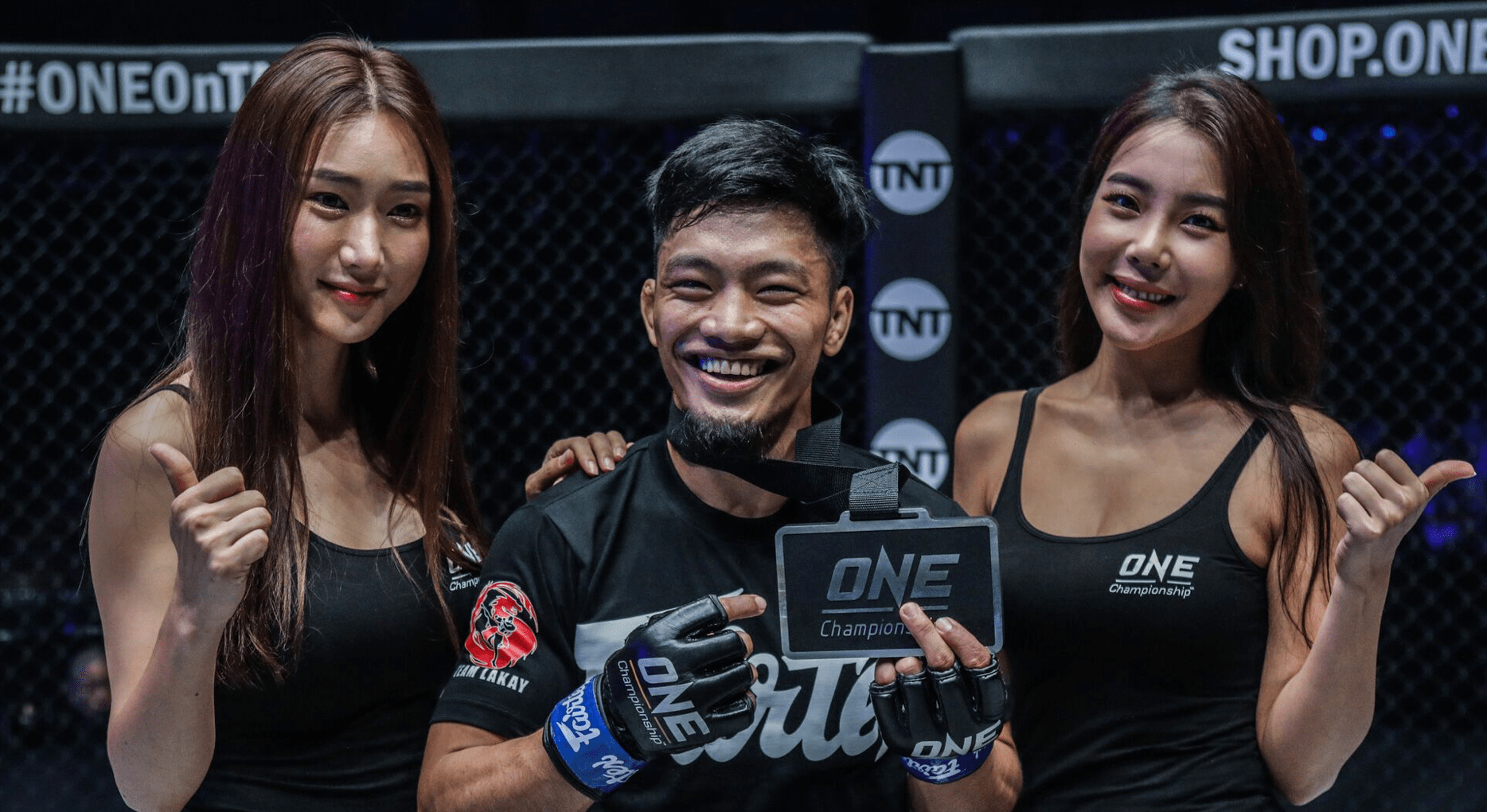 It’s safe to say that Lito Adiwang did not finish 2020 the way he would have liked, dropping a split decision to Hiroba Minowa at ONE: Inside the Matrix 3. The Team Lakay rising star will have chance at redemption this Friday night however, when he faces Namiki Kawahara at ONE: Unbreakable.

The result of his last fight was not without controversy. At one point, ‘Thunder Kid’ applied a kimura and it appeared as though Minowa tapped. However, the fight continued and it ended with a loss for Adiwang. In an exclusive interview with Asian Persuasion MMA, the Baguio City native said that he was glad to be able to return to action so soon.

“I’m very happy that they put me in this event,” Adiwang said. “It’s quite fast, but I’m happy for it.”

“I Didn’t Notice Him Tapping”

During his fight with Minowa, Adiwang admitted that he didn’t notice his opponent tapping, but he believed he gave it his all when he attempted his kimura. Ultimately however, the loss served as a lesson.

“For me, I honestly didn’t notice him tapping while we were fighting,” Adiwang said. “But for me, the only thing I knew was that when I got him the first attempt, I knew that my kimura was deep already. So I was waiting for him to tap. Then suddenly I realised he couldn’t tap because his right arm was trapped on my crotch.

“So I tried to loosen up a little bit for him to let go of his hand and maybe tap. But he used the opportunity to escape. So it’s my mistake on that part. Watching it back, it’s hard for me. I cannot even finish watching it. Every time I start watching it, it hits me hard. It hurts for me because I know that in my mind, I can do a lot of things, but my body cannot perform well at that time. I had a bad night at the office that time. Looking back, I just try to learn from it and correct my mistakes.”

Given the controversial fashion in which he lost last Novmember, there is nothing Adiwang would love more than a rematch with Minowa.

“For sure,” Adiwang said. “I really want to run it back and get a rematch with Minowa. But for now, ONE didn’t open any discussion about it. But for me, he knows if he tapped at the time because he felt my strength in my lowest performance. So it’s up to him.

“Because for me, if he doesn’t want to take a rematch, I got better opponents, higher, tougher, and more well-rounded. I’m ready to move on if you don’t want to give me a rematch.”

Like all athletes, Adiwang has felt the impact of the coronavirus pandemic. In particular, how it has affected how he’s able to train and prepare ahead of fights.

“It really affects us, especially our preparation and how we beat our opponents,” said Adiwang. “Because that time, we were just thinking about how we can train. Trying to improvise training and not thinking how we can be better than our opponents. So it’s just like we’re just thinking on how to sweat, how to work out. We’re focused on those areas because of the pandemic.”

Adiwang was originally scheduled to fight Hexigetu at ONE: Unbreakable, but will now face Kawahara on short notice. The 27 year old however, won’t let the last-minute replacement affect his performance.

“Having this late change of opponent, for me I’ll try my best not to get affected in a negative way,” Adiwang said. “So I’ll try to come up with a good game plan to beat my next opponent.”

Ahead of their fight, Adiwang has done some homework on his opponent.

“At least he has some YouTube videos that I can watch now. So yeah, I studied his style. For me, I respect him. He’s a well-rounded opponent. I’ll just go there and give my best. I’ll be willing to give a good show.”

With Kawahara representing Team Alpha Male in the USA and Adiwang training at Team Lakay in the Philippines, it’ll be ‘East Meets West’ when the two throw down on Friday night.

“For me, I’ll prove that here in the east, we’ve got the best training camp also,” said Adiwang. “Even though we don’t have the best equipment, we can still train and compete with the highest level.”

“Make Me More Hungry To Get The Win”

Adiwang’s mother recently passed away and although he is still emotionally affected, he hopes to use this to drive him to win when he steps foot inside the ONE Circle Friday night in Singapore.

“It’s tough,” said Adiwang. “But for now, I’ll try to not think too much about it. I’ll try make it as a motivation just to make me more hungry to get the win.”

And with the extra motivation, Adiwang promises that fight fans will be treated to the best version of himself when he takes on Kawahara.

“Technical and explosive ‘Thunder Kid’,” he replied when asked about his prediction for the fight.

For Adiwang, his plan in 2021 is to climb up the strawweight rankings. Currently, his fellow Team Lakay stablemate Joshua Pacio is the division’s champion.

“I’ll do my best to keep climbing the rankings and be on top,” Adiwang concluded.

Can Lito Adiwang get back to winning against Namiki Kawahara at ONE: Unbreakable this Friday?