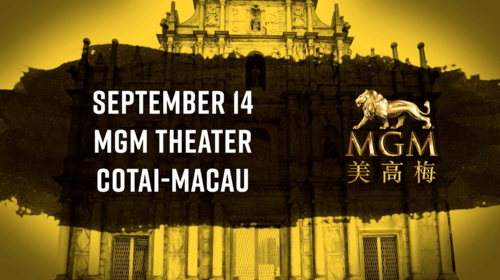 Legend Fighting Championship has just announced the main event of Legend 13, set to go down at the prestigious MGM Theater in Macau, on Saturday, September 14th.

The two competitors were originally due to clash in 2016, but an injured Yuan was forced to withdraw from the highly anticipated bout. They are now set to do battle inside the MGM Theater on 14 September.

Hailing from Southeast China and living in Beijing, Liu is a veteran of Chinese MMA. Trained in the famed Shaolin Temple, Liu has since established himself as a knockout artist with aggressive ground-and-pound, fast hands and a solid wrestling pedigree.

He comes to Legend 13 riding a three-fight win streak, his most recent being a split-decision win over Du Li Le at Legend 12.

Hailing from China’s Northeast and living in Guangzhou, Yuan defeated rising star Yi Zha at Legend 12 with an impressive heel hook submission that had Yi limping out of the cage before the second round, while Yuan had barely broken a sweat.

“This fight has been three years in the making and we couldn’t be more excited for it to headline our debut at the MGM Theater. Both men are coming off wins at Legend 12 and will be hungry to keep that momentum going into Legend 13,” said Audie Attar, President of Paradigm Sports Management and a member of the Legend Fighting Championship founding Board.

Legend FC is also pleased to announce the return of the one-night tournament format, with a four-man 80kg tournament to bring the striking art of Sanda to the world stage.

The tournament semi-finals will follow modified Legend FC Sanda rules. Winners will then meet in the finals where the rules will change to full Legend FC MMA rules, allowing athletes to pursue attacks on a grounded opponent.

“Making this Sanda tournament a central part of Legend 13 shows just how committed we are to bringing Sanda to a global stage. These top tier Sanda fighters will go toe-to-toe in a never been done before format wearing Legend FC MMA gloves, in a cage, for five minute rounds,” Attar added.

Ticket information for Legend 13 is available at www.tickets.mgm.mo.