Looking Back At The Historic WLC: Karen Spirit Event In The Kayin State 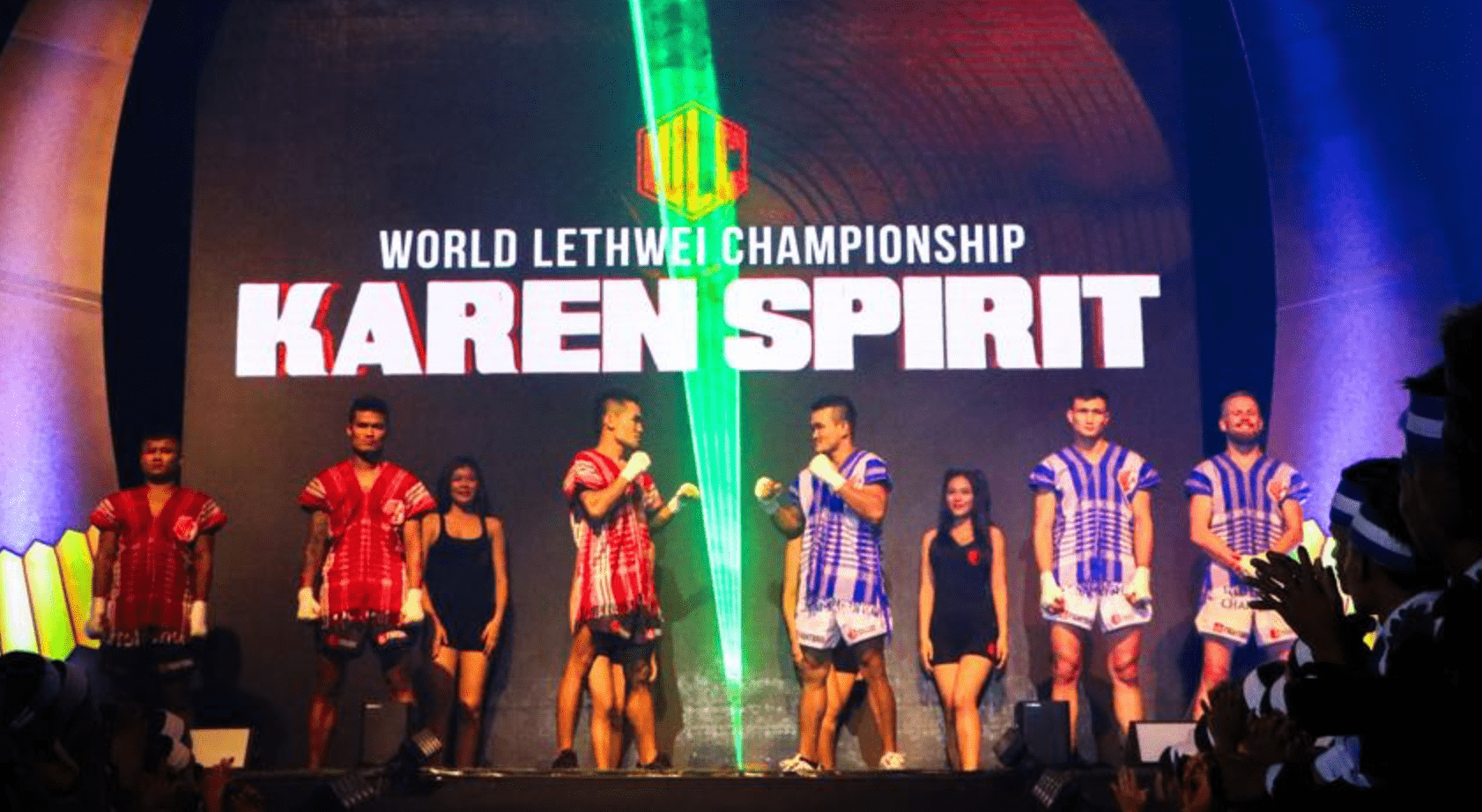 When it comes to talking about the millennia-old traditional Burmese martial art of Lethwei, it is impossible to leave out the role that the Karen ethnic group have played. Karen people have been of vital importance for the sport’s survival. Under the junta regime in the late 1980s and 1990s, most of the venues that usually used to hold lethwei events were closed or repurposed. However, in the Kayin State, which is a four hour drive from Yangon, events continued to be held all year round.

The Kayin State is populated by the Karen people, an ethnic minority in Myanmar that practices their own cultures and customs, who also have a fascination with the national sport of lethwei. In the process, the Kayin State became a hotbed for talent in the sport. Today, most of the top lethwei stars hail from Kayin State, and it has supplied the bulk of talent within the sport in recent years.

In May last year, the World Lethwei Championship honoured the rich history of the region by bringing its brand of world-class lethwei entertainment to the state for the first time. It was the first global broadcast from the state, and was a momentous day for the people of Hpa-An, the state capital.

Held at Chit Thu Myaing Park, on the foot of Mount Zwekabin, WLC: Karen Spirit was an outdoor lethwei spectacle. The Karen people showed up early, dancing along to the loudspeakers situated throughout the park at the event. The official attendance showed that more than 8,000 fans showed up.

There were eight bouts on the main card and the excitement was palpable from the opening fight. Even though the adrenaline of the event was high all evening, it reached the climax in the fifth fight of the night, where local favourite Thway Thit Maung took on the Irish fighter David McCarthy, who was at least a foot taller than him. Despite the height difference, and having to punch upwards the entire fight, the home favourite earned the win, sending the crowd into elation.

The main and co-main event were equally entertaining, and the fans returned to their homes happy, with optimism and joy that their often-overlooked region and culture were showcased on the global stage for the first time.