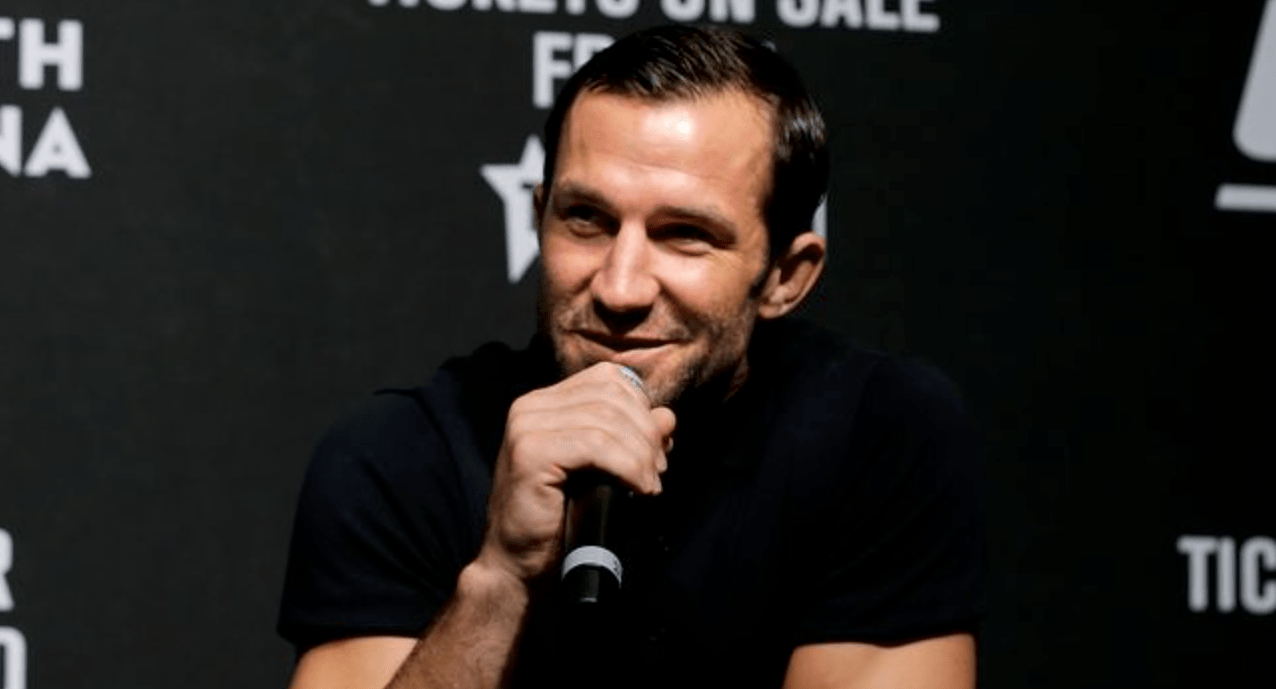 Luke Rockhold recently stated that he is considering fighting again, having not fought since losing to Jan Blachowicz at UFC 239 last July. Whilst discussing his possible comeback, the 35 year old also stated that he sympathises with Robert Whittaker, who recently spoke out about needing a break from the fight game.

Speaking to Submission Radio (as transcribed by MMA Fighting), Rockhold said he could understand how Whittaker could lose motivation.

“People want to talk s*** from afar and don’t understand what fighting is. Getting to the top of the world and fighting those wars that Whittaker put in and having a family, I can’t really imagine what that does to you. You don’t want to do that forever. That’s why I never really introduced a family to this lifestyle, because it’s a lot to handle and I see a lot of people that I don’t understand how they manage it.

“I think it’s just finding the hunger once you get to the top of the world. You’ve gotten there, you’ve done that, what more do you want? It’s not for everybody to keep following that path. I feel like there was a tremendous weight off my shoulders and that’s why I can see where Whittaker would – he’d proven that, he’d defended that, and he’d done it a few times and proved himself. So finding that motivation and that hunger to keep going on with that same passion, I think that’s the biggest key.”

Before he lost to Blachowicz, Rockhold also suffered another brutal knockout loss to Yoel Romero at UFC 221. Despite being on the wrong end of three knockout losses in his last four fights, the former UFC and Strikeforce middleweight champion is toying with the idea of fighting again.

“Last couple fights haven’t really, obviously, sat well with me,” Rockhold said. “I think I’ve made mistakes along the way and I’ve got to get everything right if I’m gonna do it again. I don’t like the way we’ve – I’d like to finish it differently.

“I never shut it out because I knew I might comeback. I do love to fight. I’ve been a fighter for 15 years so it’s been a long stretch of fighting and sometimes you just kinda get distracted and burnt out and are kinda forcing it. I think the time away has really helped. Helped me just relax. And then you start to want it a little more. So I’m not saying it’s there yet but it’s warming up. It’s warming up, it’s about getting my body healthy too, it’s a lot of little things.”

Should Rockhold comeback, he insists it needs to be against an opponent who gets him excited.

“I never put barriers on what I do and that’s why I never committed to retirement. It’s a fact that I do love fighting, it’s like nothing else, stepping in there and doing your thing. It’s just being focused and really wanting it and not just doing it to do it. I do like it. I’ve got to pick a direction on where I want to go, maybe a catch[weight] fight or pick the right opponent, somebody who is gonna get me excited and up to fight. I have done a lot. I’m not just gonna go fight a bunch of chumps who are gonna do nothing for me. I want to be excited about it and I want it to mean something. So there’s some things. We’ve got to put the puzzle pieces together and we’ve got to figure out this direction.”

Should Rockhold return to the Octagon, potential opponents include Anderson Silva, and Chris Weidman, the man he beat at UFC 194 to win the UFC middleweight title. Should he be given the choice, Luke would rather fight the former.

“I’m not huge on retracing my footsteps. Sometimes it’s exciting to do that. Rarely it is but I like to pave a new path everywhere I go, for the most part. That should answer your question.”