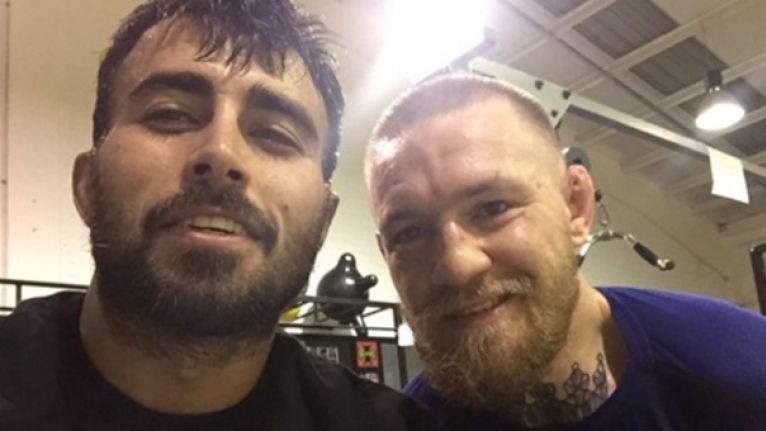 Makwan Amirkhani, who trains with Conor McGregor, has recently predicted that the Irishman will be a different person upon his return. The former two division UFC champion lost to Khabib Nurmagomedov last year in November. After the decisive loss, McGregor has been calling out opponents, but hasn’t had a concrete offer on the table.

While his coach, John Kavanagh wants him to fight Frankie Edgar, Conor’s teammate believes that whenever the Irishman decides to come back, he won’t be the same person.

Makwan Amirkhani spoke with MMA Junkie after Bellator 227 event, and said that McGregor will be motivated to return to the top.

Amirkhani said that Conor was back in the gym, and has been working hard to get back to his best. He also suggested that we might not see McGregor return until early 2020.

“We’ve seen a lot (that) his mind is on a whole other level,” he said. “There have been a few steps backwards, but we all make mistakes and we all learn from them. And I think when he gets back (to fighting) he will be another person.

“He’s been in the gym and he’s been working by himself a lot and I think he’s building himself up. I believe in the beginning of next year, that’s the time that Conor will step up – January or February.”