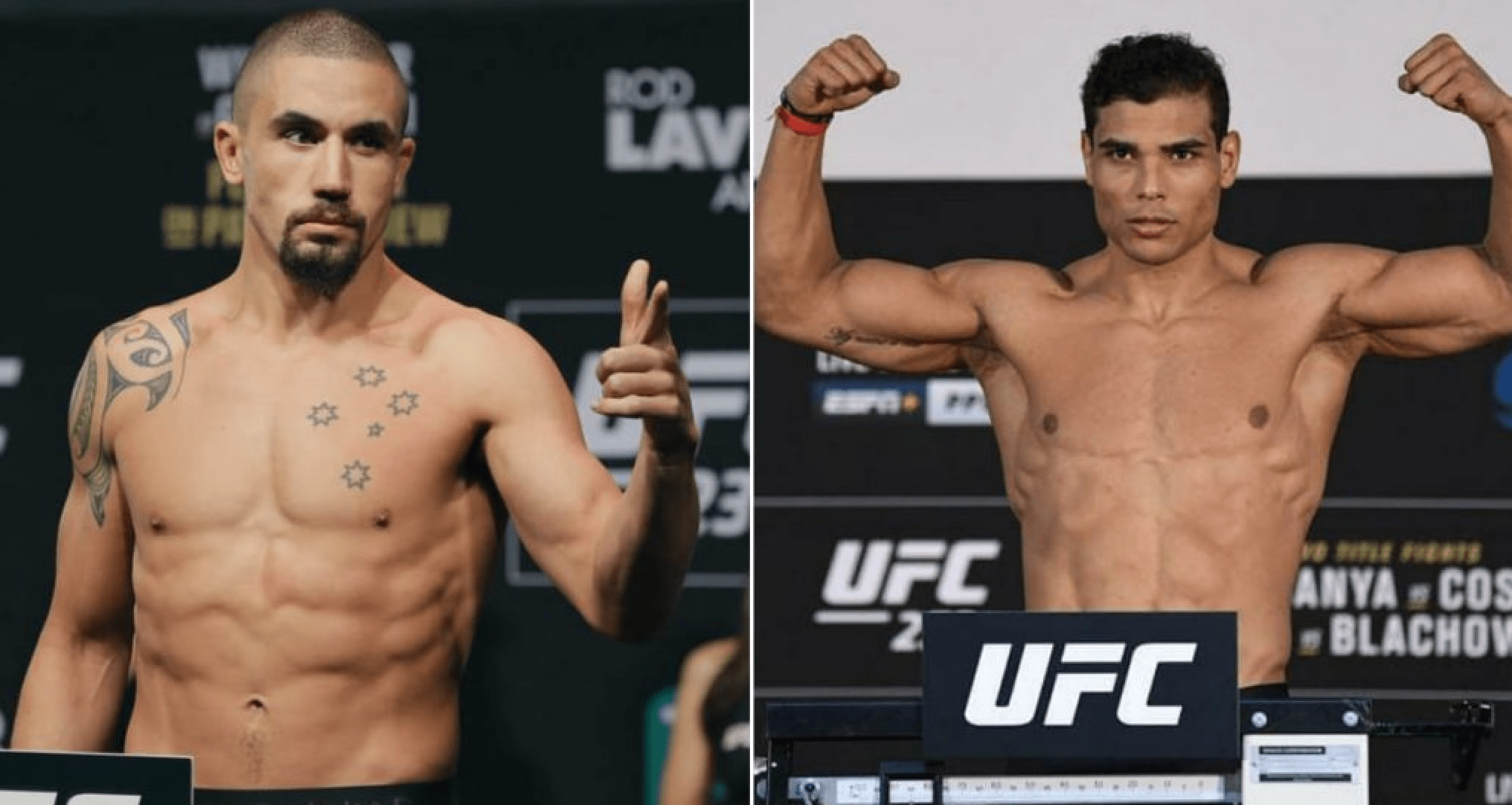 With the reigning UFC middleweight champion Israel Adesanya set to challenge Jan Blachowicz for the light heavyweight title at UFC 259 on March 6th, Paulo Costa’s manager Wallid Ismail has proposed an interim title fight between his man and the former champion, Robert Whittaker.

Speaking with MMA Fighting, Ismail said that all parties have agreed to an interim title fight between Costa and Whittaker, and are now waiting for UFC president Dana White to officially book it.

“This fight has been discussed ever since they first announced that Adesanya would fight the 205-pound champion Blachowicz,” Ismail said. “Dana White said he wants this fight, that he would make this fight happen, and Whittaker said he would only fight for the belt next. We’re just waiting for Dana White to book this fight.”

Adesanya put on a striking clinic against Costa at UFC 253, beating him via second round TKO. The Brazilian however, wants another shot at the reigning champion, who has said that he doesn’t mind running it back, but wants ‘Borrachinha’ to beat a solid contender first.

Ismail believes a win against Whittaker, who is on a two fight win streak since losing his middleweight championship to ‘The Last Stylebender’ at UFC 243, guarantees Costa his rematch against Adesanya.

“This is the best fight for 185 [pounds], the number one against the number two,” Ismail said. “The winner, ‘Borrachinha’ will win, and with that win, imagine how many pay-per-views a rematch with Adesanya would do. It’s a business. It’s the best pay-per-view possible because ‘Borrachinha’ and Adesanya really hate each other, but we can’t leave the division on hold. That’s why we have to make this for the interim belt.

“It’s a win-win for the UFC, and that’s what Dana White wants. He knows that ‘Borrachinha’ versus Whittaker will sell well, and he knows how much the title unification bout will sell, too.”

Who do you think wins a potential UFC middleweight interim title fight between Paulo Costa and Robert Whittaker?