Manel Kape Not In The UFC To Take Part, But To Take Over 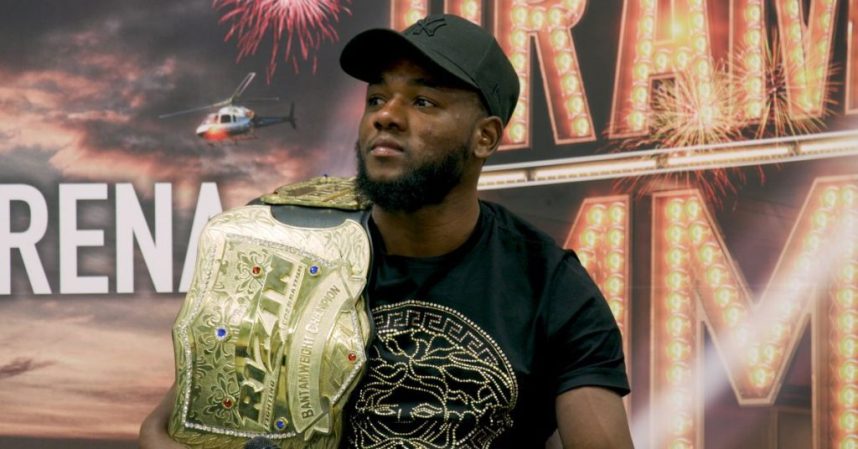 Former RIZIN FF bantamweight champion Manel Kape is gearing up for his UFC debut against Alexandre Pantoja at UFC Vegas 18.

Kape hasn’t fought in over a year since beating Kai Asakura at RIZIN 20 to win the bantamweight title. He signed with the UFC last March, and was scheduled to fight Rogerio Bontorin at UFC 252. The bout was cancelled however, after his opponent injured his ankle.

The Angolan was then scheduled to fight Pantoja on December 19th, but the fight was scrapped after the latter pulled out after testing positive for COVID. As a result, Kape was booked to serve as a backup for the flyweight title fight between Deiveson Figueiredo and Brandon Moreno at UFC 256, but his services weren’t required as both the fighters involved in the main event went to compete in a ‘Fight of the Year’ contender, which ended in a majority draw.

Ahead of his UFC Vegas 18 fight, Kape told the media (as transcribed by MMA Junkie) that he is excited to make his long-awaited UFC debut this weekend.

“I feel good, I feel excited,” Kape said. “It’s been long time for my debut, and finally I am here, and I am feeling so excited, and ready to show the world who I am.”

Despite having to wait almost a year to make his debut, Kape has taken the positives out of the situation.

“It’s not frustrating you know. I always think that maybe it didn’t happen for something that I will have in the future,” Kape explained. “When this fight didn’t happen [in December], I kept pushing in training, and think that something better for me will come, I was thinking that maybe God has more for me. [I have been] in American training with good people, I am better than before, and I feel I am a pretty complete fighter now.”

Pantoja, who has won four of his last six fights, only losing to Figueiredo and undefeated Askar Askarov, is ranked fifth in the flyweight division and is a tough test for Kape in his first UFC fight. However, the 27 year old believes he’ll have the upper hand when they meet inside the Octagon.

“I am looking for a great battle. I know that Pantoja is a tough guy, but I see some limitations in his game that I can take advantage of,” Kape said. “He is slower than the fighters I have been fighting, [he offers] nothing that I have never seen before. I feel I am more complete than him, more smart, so I will have an advantage on Saturday night. But I never underestimate anybody.”

Kape has finished all but one of his opponents in his 15 wins, said he’s ready to show the world that no only does he belong in the UFC, and believes he will be the flyweight belt wrapped around his waist by the end of 2021.

While Kape isn’t the first Angolan fighter to compete in the UFC, he is definitely his country’s best chance of winning UFC gold right now. The former RIZIN champion believes African fighters have a bright future in the promotion.

“It’s good. I could be the first one (champion) from Angola,” Kape said. “There are many African fighters, and they are in good position in the UFC. I’ll be one of them. MMA in Africa is pretty tough, you know, we just need the opportunities. If we have the opportunities, we can show our talent and how strong we are.”

Who do you think wins the flyweight contest between Manel Kape and Alexandre Pantoja at UFC Vegas 18?