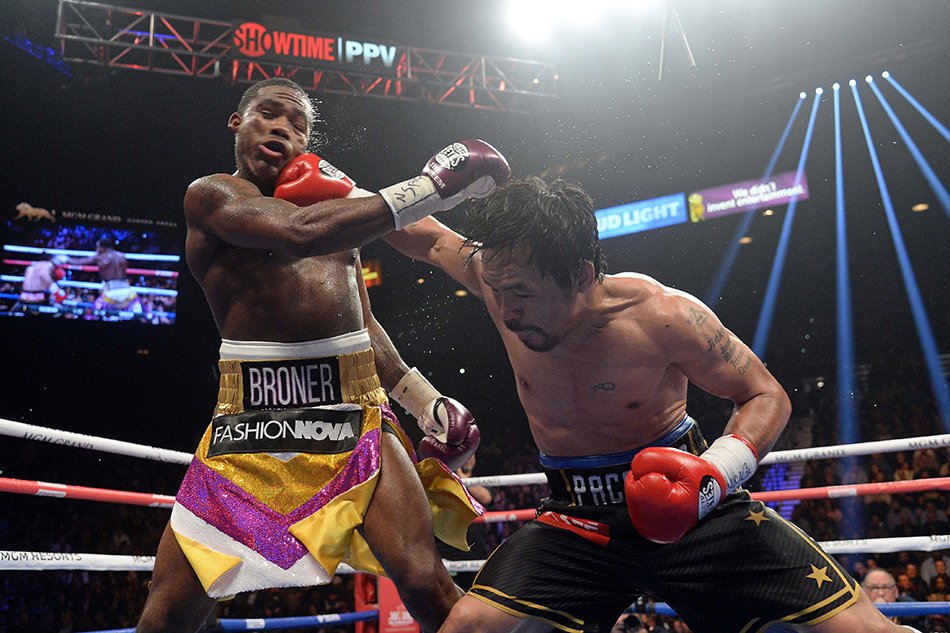 Manny Pacquiao and Adrien Broner fought last night inside the MGM Grand in Las Vegas. This was Pacquiao’s first fight in the United States since 2016, and the 40-year old cruised to a comfortable decision win to retain his secondary WBA welterweight championship.

‘PacMan’ was at his elusive best, using his agility and movement to outpoint Broner, and won the encounter on the scorecards, with the judges scoring the contest 117-111, 116-112 and 116-112 in Manny’s favour. Also in attendance was Floyd Mayweather, who recently opened doors for a rematch between the two.

Immediately after the fight, Pacquiao looked at the monitors and called out Mayweather, who played coy, without giving anything away.

For his part, Broner told the fans that he believed he won the fight.

“I beat him. Everybody out there know I beat him. I controlled the fight. He was missing. I hit him more times. I beat him.”

Pacquiao out-landed Broner 112-50, and if rumours are to be believed, Macquiao-Mayweather II is expected to go down later this year.