Manny Pacquiao To Star At Rizin 15? 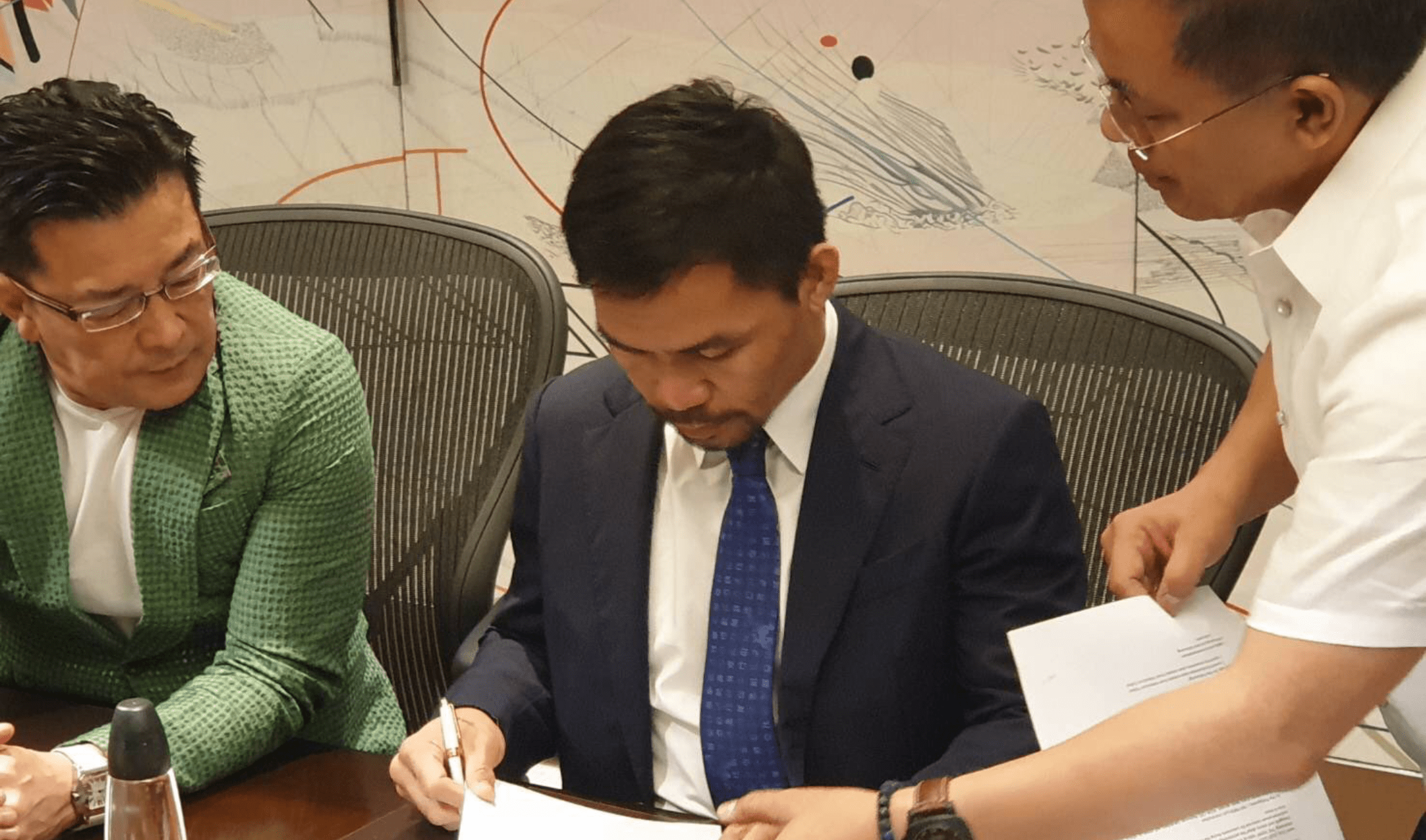 One of the big stories that came out of the world of combat sport in 2018, was Floyd Mayweather competing at Rizin 14. Mayweather fought Tenshin Nasukawa last New Year’s Eve, in a three round exhibition bout.

After all the questions leading up to the event, like what the rule set would be, how seriously Mayweather would take the fight, would Tenshin throw a crazy illegal kick at some point and even whether Mayweather was even going to turn up on the night, when no one knew where he was just hours ahead of his main event; after all of that, Mayweather won via dominating fashion with a first round stoppage.

Fast forward a few months, and former opponent of Mayweather, Manny Pacquiao, has now signed a contract with Rizin, to star at Rizin 15. In some capacity.

Which translated into English, reads:

Now, I’m actually in the Philippines. Following Mayweather, RIZIN.15 will make a new gimmick with this guy. I will announce it as soon as I return home, so please look forward to it! #rizin15#MannyPacquiao

It is unlikely that Pacquiao will compete in a ‘real’ fight on the April 21st card. Although a similar exhibition fight to Mayweather’s, is a possibility.

Currently ‘Pac Man’ doesn’t have a fight booked. Although he has kept it no secret that he wants a rematch with Mayweather, there is speculation that the Filipino will face Errol Spencer Jr. next.

What do you think Pacquiao’s involvement will be at Rizin 15?