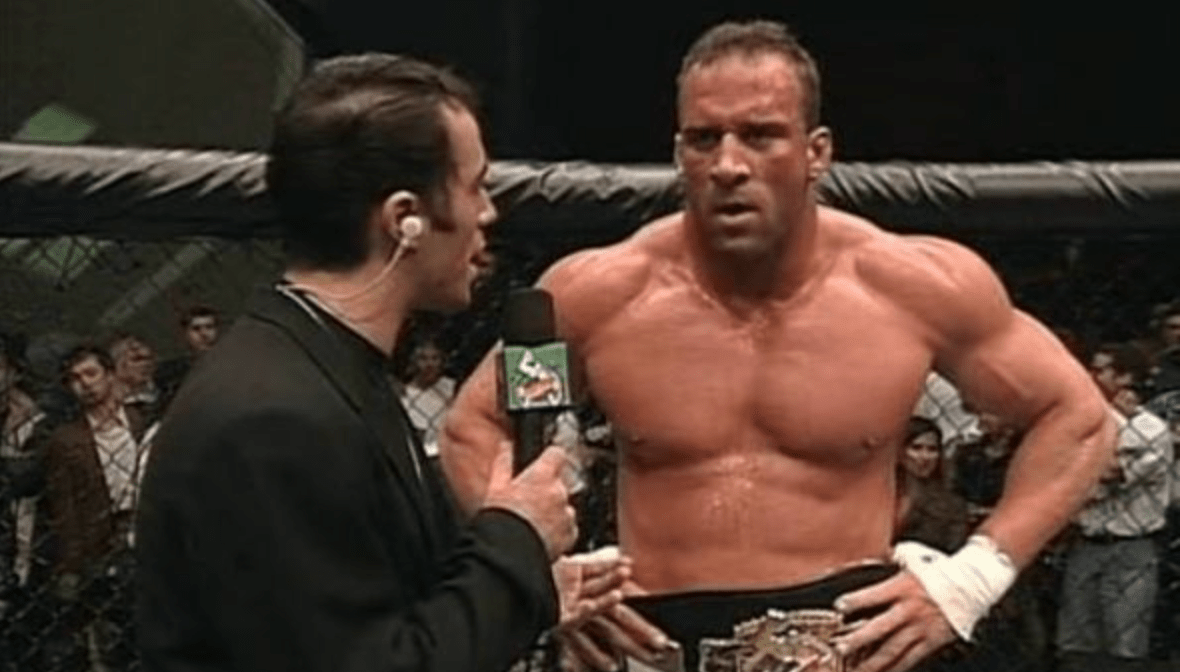 UFC Hall of Famer Mark Coleman has shared a story about when he had to forcefully pull the shorts off a resisting contestant who was trying to win $50,000 on a Japanese game show.

In an interview with MMA TRUFAN, Coleman explained the premise of the show.

“[The contestant] had two pair[s] of tight shorts on and I had to go take the one pair off. I had to get it off his legs and off his feet.

“I let him grab my leg and I was baiting the crowd a little bit. They were loving it. Then all of a sudden I said, ‘Well I better get serious, you know, I have about three minutes and I need to make sure I get these babies off.’”

That’s when the game show got interesting for the winner of the Pride FC Open Weight Grand Prix 2000.

“I threw him down to the ground and I started ripping these f***ing shorts off and he’s holding on for dear life and I’m not getting so far.

Coleman realised that this wasn’t going to be as easy as he had thought. To make matters worse, ‘The Hammer’ wasn’t in his best physical shape at the time.

“I’m out there out of shape, in between fights, and this motherf***er was holding on for fifty grand.

“I just ripped so hard I just ripped them right off. [The shorts] ripped right in half. And [the producers] looked at me and said, ‘Nope!’ and they brought out another pair of shorts to put back on him.”

At this point in the game show, Coleman was struggling and starting to break down mentally.

“I’m getting so f***ing frustrated because I’m so tired and I cannot get these f***ing shorts down. You know what I mean? Because he just keeps grabbing and pulling.

“I said, ‘I gotta turn it up a little bit. I gotta get dirty here.’ So I had to start getting physical with him and really put the heat on him.”

The first ever UFC heavyweight champion was finally able to get the man’s shorts off with little time to spare, and was rewarded by the producers afterwards.

“I took them off with about twenty seconds left, I swear to God. I held these f***ers up in the air and I’m like ‘Ah.’ It felt so great because I couldn’t wait to go get the sushi that these guys are going to take me to get now. I’m going to eat f***ing five thousand dollars worth of sushi right now. Real good fresh sushi with fresh wasabi.”

Mark Coleman described the game show as one of the hardest challenges of his life, which is quite a statement from the former NCAA champion, Olympic wrestler, and MMA world champion.