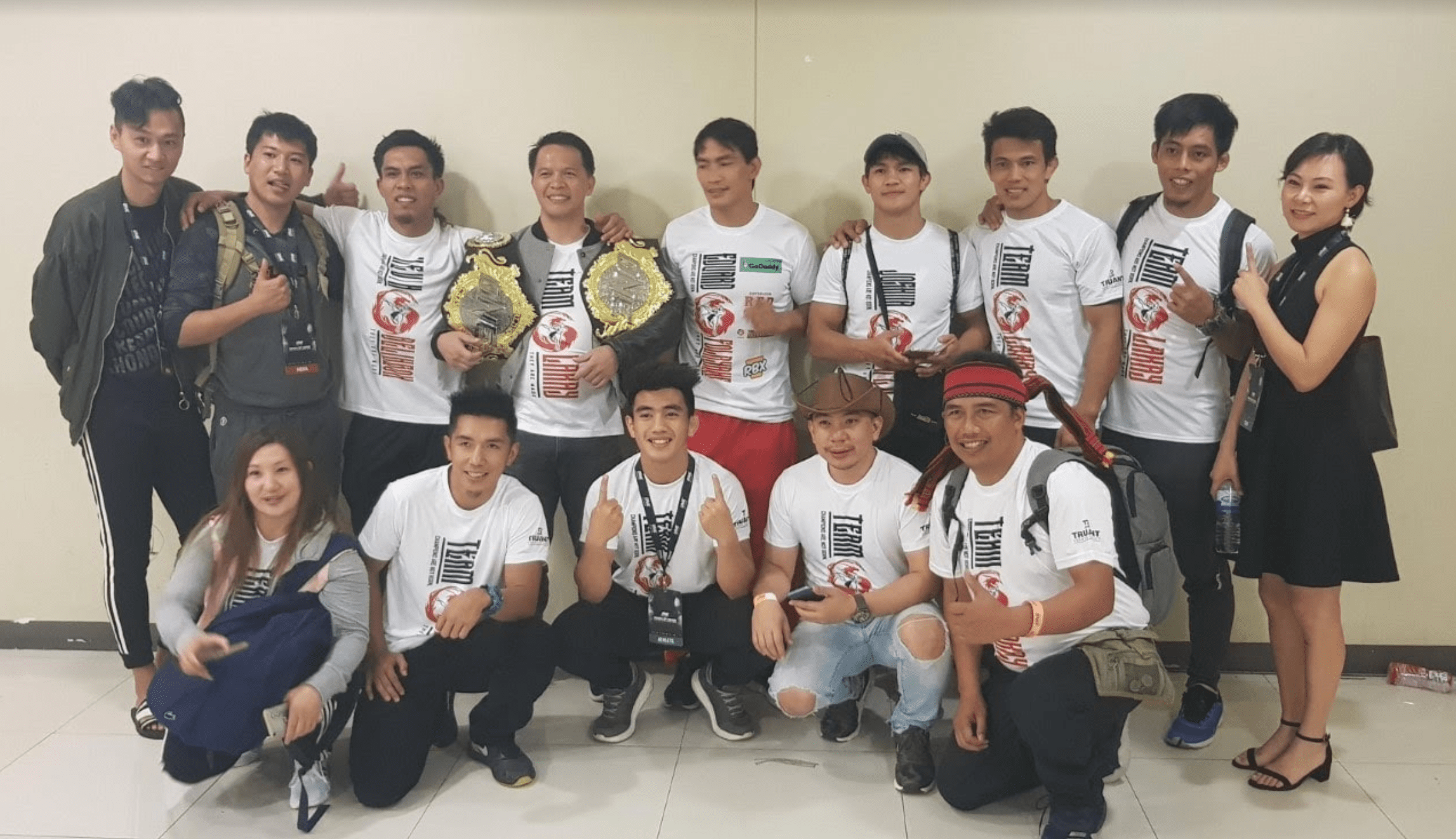 At ONE: Inside The Matrix, Team Lakay returned with Eduard Folayang facing Antonio Caruso in a losing effort. Three more members of the fabled Filipino MMA gym then appeared at ONE: Inside the Matrix 3. However, only one of the three emerged victorious at the event.

Eduard Folayang Still Has Fire In Him

Despite the losses, the stable’s leader Mark Sangiao continues to maintain a positive outlook. In an exclusive interview with Asian Persuasion MMA, the Team Lakay head coach said that Folayang will be back.

“Team Lakay’s good in rematches,” said Sangiao. “So he’ll be back. He’ll be more better.”

Folayang is in what many would consider the twilight of his career at 36 years old. However, Sangiao has brushed off any talk of retirement and is certain ‘Landslide’ will continue fighting.

“He’s still on fire,” Sangiao said. “After the fight, he goes the gym to train. He’s always talking about the fight but I told him that’s over and we have to move on. You don’t talk about retirement yet.”

Another Team Lakay fighter who was on the losing end was Lito Adiwang, who dropped a split decision to Hiroba Minowa. Early in their fight, ‘Thunder Kid’ applied a kimura and it looked as though his opponent had tapped. But this went unnoticed and the Filipino went on to lose. Sangiao says he did not see the tap at the time but upon further review, believes the submission victory should’ve gone to his fighter.

“I didn’t see it because I’m focusing on the submission the whole time,” said Sangiao. “I thought it was over. I was almost jumping there at my side. But Minowa is very tough. But when I watched the fight on screen after the fight, it looked like Minowa tapped. I tried to tell ONE to go over the video so they can wait for the feedback.”

But Sangiao also learned a lesson from this fight as well. The fight’s not over until it’s over.

“I thought it was over,” Sangiao said. “That’s a lesson next time. You have to hold it (the submission) tight until the referee will stop the fight. But of course, Lito maybe thought it was over. So maybe he released. It’s a close fight. I thought Lito won.”

“He Dominated The Whole Fight”

The lone victory for Team Lakay came courtesy of Geje Eustaquio. The former ONE flyweight champion outdueled Song Min Jong at ONE: Inside The Matrix 3. Sangiao was impressed with his student’s performance.

“He dominated the fight,” said Sangiao. “It’s good that his opponent went to the striking deparment. Geje Eustaquio’s very technical when it comes to striking. You can see his performance. He dominated the whole fight and that’s good because we have one win.”

Actually, ‘Gravity’s’ original opponent Gary Mangat tested postive for COVID-19 and was changed to Song on five days’ notice. As a result, Eustaquio had to make some adjustments to his gameplan. It all worked out for the best.

“One week, we change his opponent because the original opponent was infected with COVID,” Sangiao said. “So they have to change [the opponent]. And that’s a catchweight [bout]. The gameplan and everything changed. But it went well because Geje managed to control the fight. He went to his department: striking. So I’m very proud and happy for him.

Not Kevin The Silencer On The Night

Then in the main event of ONE: Inside The Matrix 3, Kevin Belingon took on John Lineker in the battle of strikers. The former ONE bantamweight champion found himself getting knocked out for the first time of his career in the second round, getting overwhelmed by ‘Hands of Stone’s’ devastating punches. Sangiao said that perhaps ‘The Silencer’ was not fully focused, especially due to the birth of his child. He also thinks that the result would be different in a rematch.

“Kevin admitted, ‘I’m not Kevin the Silencer on that night’,” said Sangiao. “Because in the first round, his strikes were landing, like the side kick and his punches. But for the second round I don’t know what happened. So we sat down.

“He accepted that maybe there were a lot of distractions for him. Supposedly, it’s an inspiration but it’s a distraction. Because his miracle baby came out. But we’re not giving reasons. Lucky for Lineker as well. He was very lucky that night. If given a chance they rematch, you will see the real [Kevin Belingon] because I think next time the result will be Lineker will be KO’d or Kevin will be KO’d.”

Of course, with Lineker knocking off the number one-ranked Belingon, the Brazilian is likely to get the next shot at ONE bantamweight champion, Bibiano Fernandes. And Sangiao says ‘Hands of Stone’ earned the title shot.

“He deserves it because he won,” Sangiao said. “And he’s the number-one contender now for the bantamweight division. So sad, but I’m happy for Lineker.”

Sangiao thinks that if Belingon puts up a good performance in his next fight, he could be on the path towards another crack at the title.

“He has to bounce back and show a convincing fight,” said Sangiao. “Win so that he’ll be fighting who’s the winner [of Fernandes vs. Lineker] in case.”

“He’ll Be Going For Number One”

Another bright spot for Team Lakay is Joshua Pacio. The ONE strawweight champion was recently named on ESPN’s top 25 MMA fighters under the age of 25. Sangiao is proud of his young fighter.

“I’m very proud and happy for Joshua for being selected for the top 25,” Sangiao said. “Happy for him and for sure next time he’ll be going down for the top one. He’s doing good and always responsible as a champion.”

‘The Passion’ is scheduled to defend his title against Yosuke Saruta in a trilogy fight.

“He started training even during the pandemic,” said Sangiao. “He’s now preparing. Very soon, he’ll be fighting in ONE Championship to defend his belt.”

Despite the losses, Sangiao is positive that his Team Lakay fighters will end the year on a high note.

“I will be there in Singapore next month,” Sangiao said. “Watch out for Team Lakay athletes who’ll be competing there. You’ll see the adjustments. We’ll be back and get that big win. It’s the end of the year so it would be a good gift to get that win.”

Will we see Mark Sangiao and Team Lakay end the year on a high in Singapore?