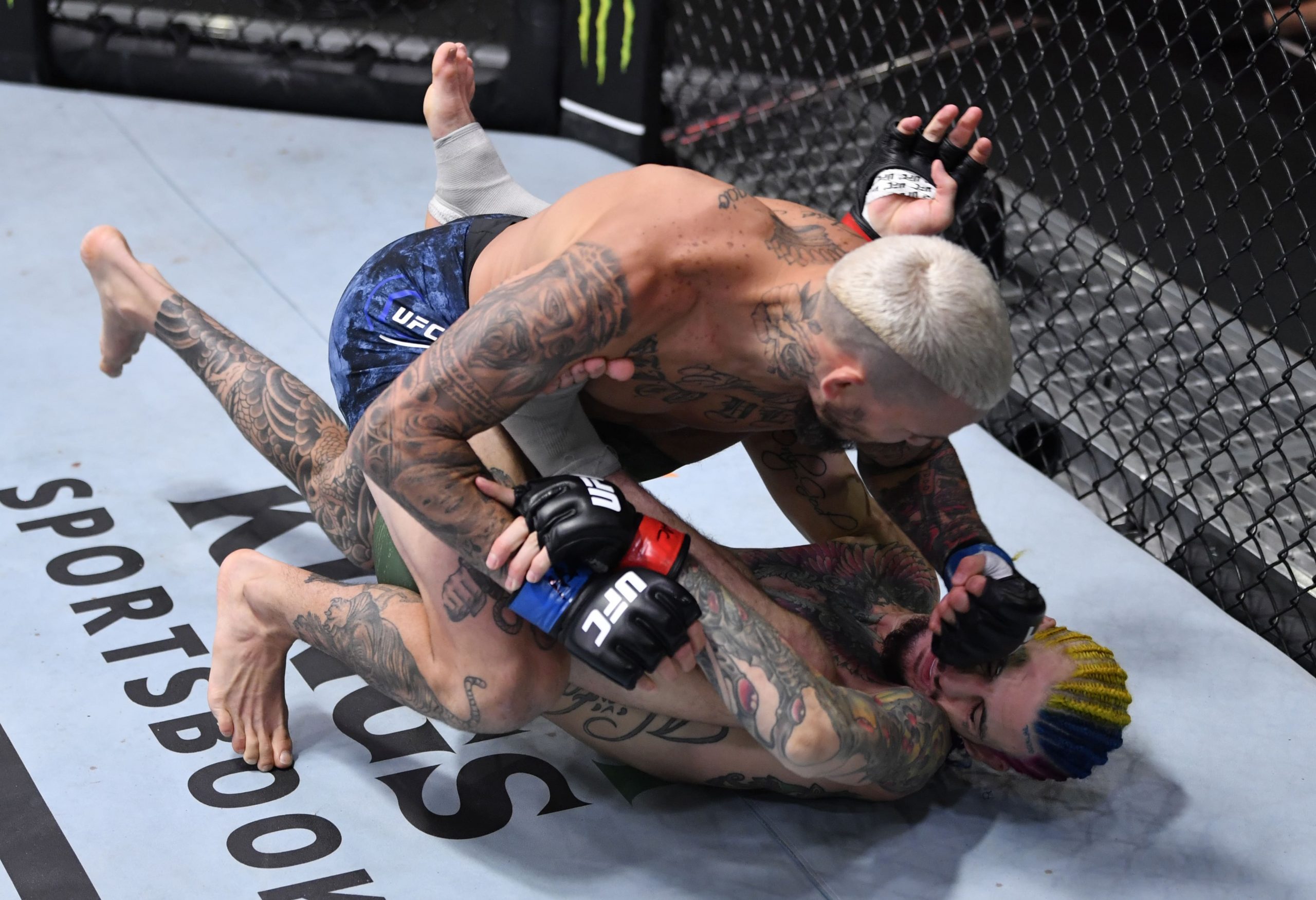 Vera beat O’Malley at UFC 252 via TKO in the first round after the latter suffered a serious injury to his right foot. Because of the freak injury, ‘Suga’ said after the loss that he ‘mentally didn’t lose anything’.

Vera however, told TMZ Sports (as transcribed by BJPenn.com), that he is not interested in a rematch with O’Malley, who he refereed to as a poor man’s version of Irish superstar, Conor McGregor.

Backing Up The Talk

Vera also slammed O’Malley for his trash talking and not being able to back it up.

“The guy is a cry baby,” Vera stated. “He’s a little bitch. He’s a bitch once, you’re going to be a bitch forever. I don’t care about the guy. He was talking all of this crap. If you can’t back it up, you better change your game.”.

Vera is scheduled to fight former featherweight champion Jose Aldo in the co-main event of UFC Vegas 17 this weekend. O’Malley is recovering from the injury, but expects to return in the first quarter of 2021.

Would you like to see Marlon Vera and Sean O’Malley run it back?