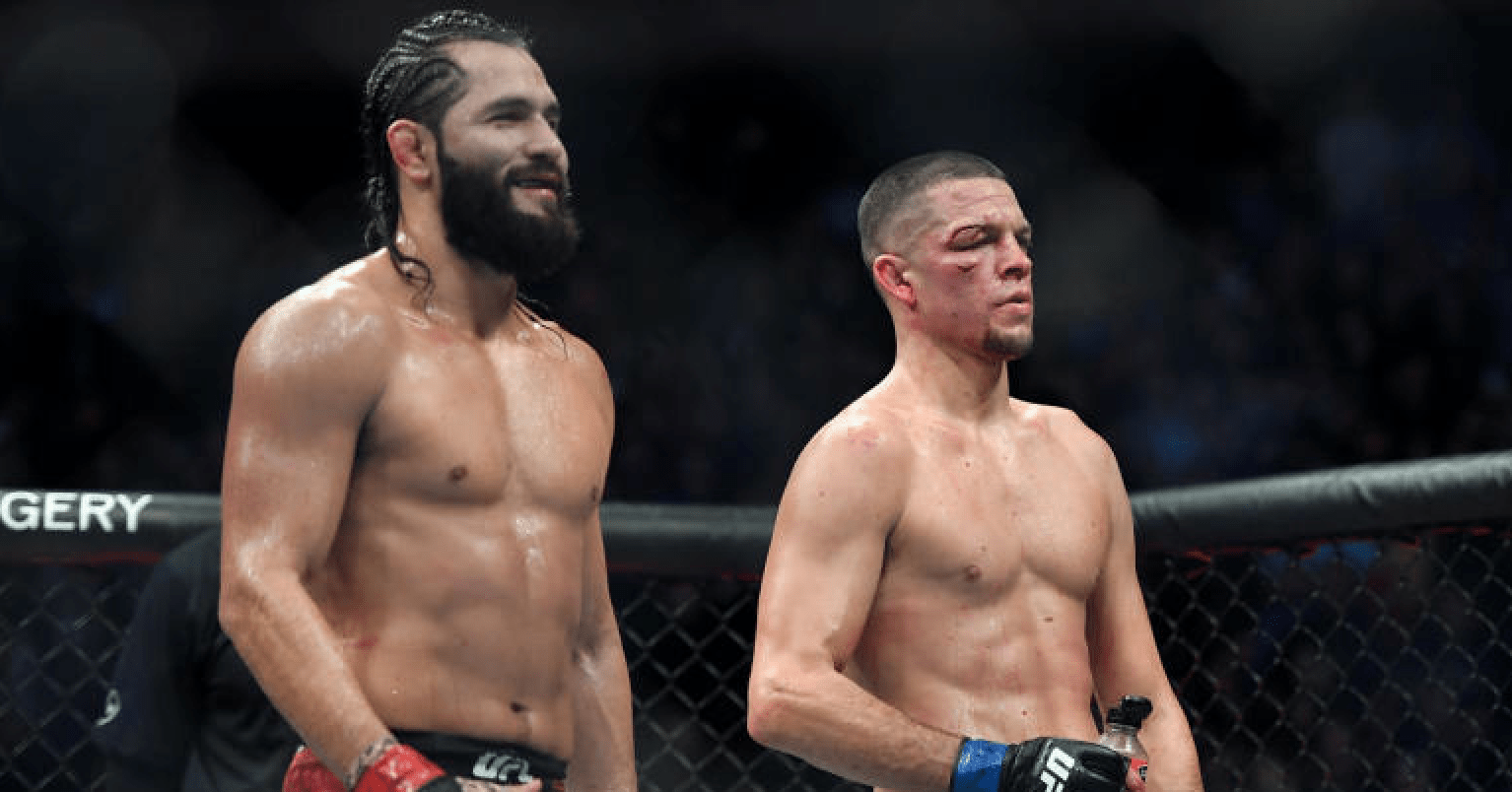 Jorge Masvidal has made it clear that he intends to fight this summer. It was initially thought that he would challenge Kamaru Usman for the middleweight title. However, this now seems in doubt. And ‘Gamebred’ is blaming ‘The Nigerian Nightmare’.

Masvidal told ESPN‘s Ariel Helwani that negotiations stalled when Usman asked the UFC for an ‘insane’ amount of money.

“Kamaru has asked for an insane amount of money. He had one of the worst pay-per-view cards of 2019. I had the best. This is by numbers, this is not an opinion. I sold the most pay-per-views of 2019. So he thinks he’s hit the jackpot and is asking crazy money from the UFC, and the UFC have told him no on several occasions.

“But this kind of goes back before that, before me and Nate fought the first time, when Colby was giving him trouble I stepped in because [the UFC] asked would you fight Usman on six weeks notice. I said yes. Usman said no. Who stepped in? Nate Diaz. Now this thing comes about and he’s asking for a crazy amount of money because he thinks since he’s fighting the star at 170 [pounds] that he’s going to get paid that. You gotta bring in your worth, man, you don’t just get that.

With talks now at a standstill, the two fighters have both shifted their focus towards new opponents. Usman is linked with a bout with Conor McGregor following comments made by his manager, Ali Abdelaziz. Although Dana White has shut this down in the last 24 hours.

Meanwhile, Masvidal is willing to accept a rematch with Nate in a bid to remain active. Diaz suffered a TKO loss in their first matchup at UFC 244. The fight was for the newly conceived ‘BMF’ belt.

Almost six months have passed since that night and Masvidal is hoping that Nate will accept his offer for a second shot at the title.

“To tell you the truth, I’m being honest with you, I don’t think Nate has a problem going at all, man. I think Nate’s ready to go and he’d be willing to go. Usman’s asking for too much money, an absurd amount of money and the UFC has said, ‘F that, bro.’ Who are you man? You’re not a draw man, you’re not a household name. Nobody knows you. Even the hardcore in the sport don’t care for you, man.”

The first bout between Masvidal and Diaz left fans wanting more, after the doctor stopped the fight in between the third and fourth rounds, due to the cuts to Diaz’s face.

Who do you want to see Jorge Masvidal face next, Kamaru Usman or Nate Diaz?