Masvidal Wants To Make Covington & McGregor Pay For Their Actions 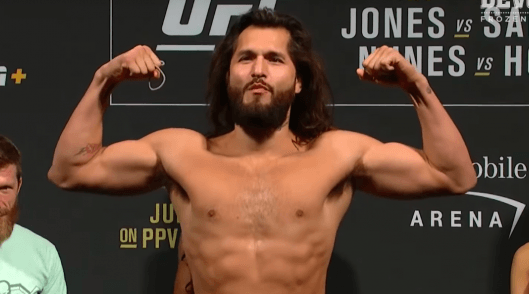 After an incredible 2019, Jorge Masvidal goes into 2020 with the world at his feet. While a title shot in the UFC welterweight division could be next, ‘Gamebred’ has openly spoken about wanting money fights next year. Possibly the biggest money fight out there would be Conor McGregor. While a grudge match with his former best friend Colby Covington, would also be huge.

While fights with McGregor and Covington would be big business, they would also give Masvidal the chance to make both pay for their actions and words in recent years.

Speaking to Jim Rome recently (as transcribed by MMA Fighting), Masvidal opened up on how he wanted to be the one to break Covington’s jaw.

“At first, my initial thing was just to break his face but then my coach said ‘That’s gonna probably get you in jail and you’re not gonna be able to fight and blah blah blah. Let the universe take care of him’. And his exact words were, ‘We’ll get him in the prize ring and break his jaw.’ Somebody beat me to that but his jaw is broken.”

‘Chaos’ had his jaw broken by Kamaru Usman in their main event at UFC 245 one week ago. And while Masvidal expressed pleasure in the news, he continued to hit out at the ‘clown’ Covington.

“I don’t like to be critical of human beings because I am one and I’m nowhere near perfect but I’m just not with that whole, your whole career is based out of getting a rise out of people. Like, if I come on your show and I’m just saying a bunch of controversial stuff for people to be talking about me, it’s not really my cup of tea. But people do it all the time and he’s the number one poster boy for that. He always wants to get a reaction out of people.

“Now this individual, when people are trying to get a reaction out of him, he’s reporting people on Instagram! He took the comments off so you can’t comment on them and then he’s reporting people on Instagram that were commenting on him. He was saying how negative they are towards him and stuff. This is a guy that’s calling people virgins, calling people nerds and saying they live in their parents basements, marks, snowflakes, making fun of Brazilians. That country, it’s not like it’s a rich country and it’s doing well. They’ve got a lot of poverty over there. They’ve got a lot of people that take it to heart what he’s saying and he doesn’t give a flying f***. And he does that all for a like on Facebook, for a pay cheque for the three, four, five pay-per-views that it went up with. That guy’s a clown and he got what he deserved.”

Whilst Masvidal states that Covington got what he deserved, the 35 year old went on to state that it’s now McGregor’s turn to pay for his actions away from the Octagon, over the last few years. And that he’s the man to make the Irishman pay.

“He gets melted. What the world is looking for is for him to suffer and get chastised for some of the things that he’s done in public. Everybody’s gonna feel sorry for him after the fight, I can tell you that much. They’ll forgive him all after the fight. This baptisms going to be a little extra for Mr. Conor.”

McGregor has had several run ins with the law in recent times. While the New York Times associated him with two ongoing sexual assault cases in Ireland, the 31 year old has also been arrested for attacking Khabib Nurmagomedov’s bus at UFC 223 and for destroying a fan’s phone outside of a Miami night club earlier this year.

Sending Opponents To The Shadow Realm

Speaking on the Pardon Me Take podcast in the last couple of days, Masvidal went into more detail on how he makes fighters pay for their actions and words, by sending them to the ‘shadow realm’.

Masvidal went on to point out how Ben Askren and Darren Till have benefitted from him baptising them.

Would you like to see Jorge Masvidal vs Colby Covington and Conor McGregor in 2020?