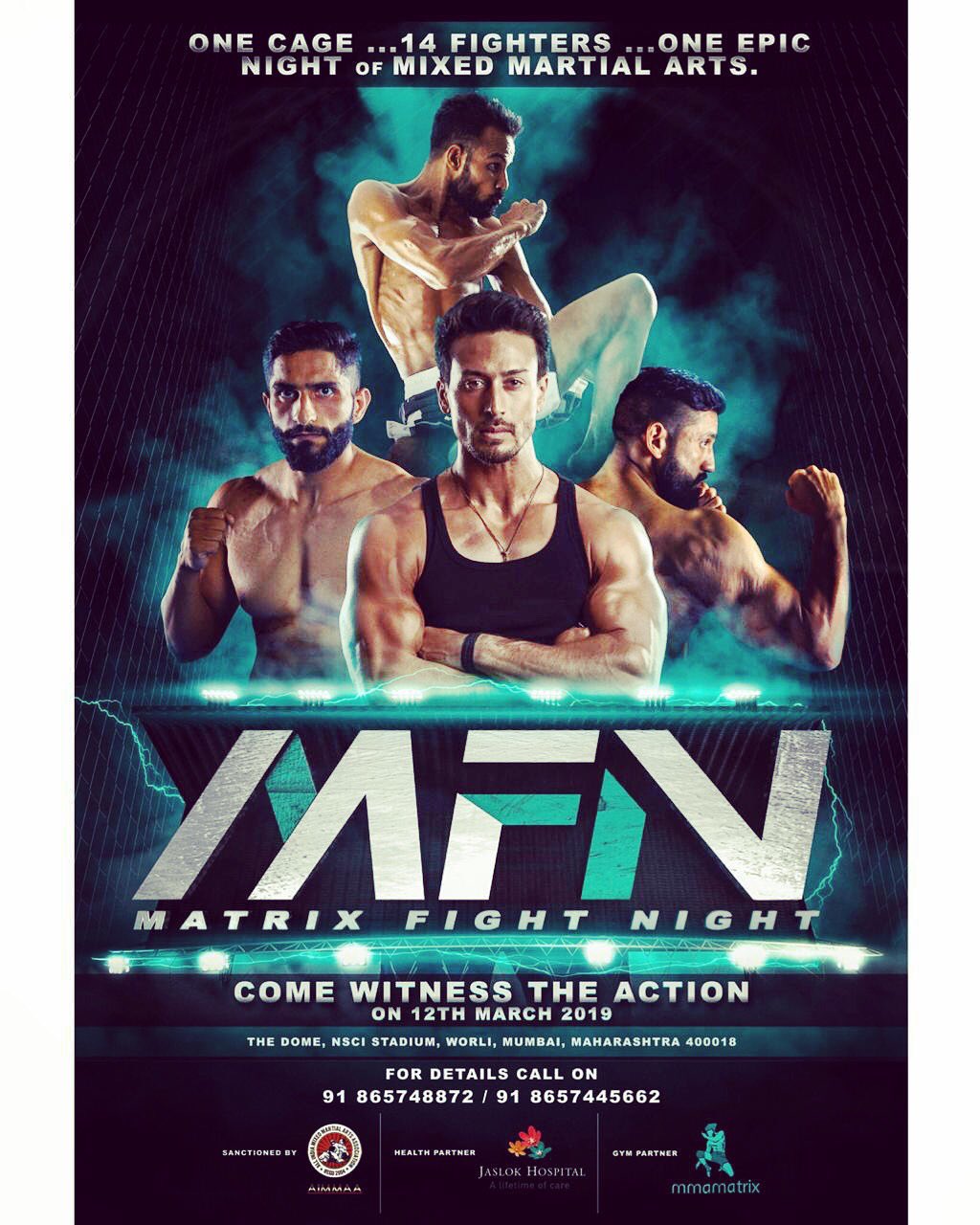 Competing on the card will be veteran Indian fighters Dhruv Chaudhary and Vikas Ruhil, along with Rajinder Singh Meena, who recently secured a memorable win in ONE Championship. Seven fights have been announced so far for the fight night, which will emanate from the NSCI Stadium in Mumbai, India.

Speaking about the fight night, the matchmaker and the Director of Operations, Alan Fenandes said, “Matrix Fight Night is a brand new promotion, bringing the culture of fight nights to India. A promotion dedicated to the Indian MMA athletes, this platform was created along with Indian actor Tiger Shroff, and his love for MMA. Matrix Fight Night will revolutionize how MMA fighters train and perform, with a vision of a fight night every quarter of the year. This platform is for the Indian athletes, with a blend of veterans and young, upcoming fighters on all the Matrix shows.”

The event will be sanctioned by the All India Mixed Martial Arts Association (AIMMAA), bringing a strict element of sanctioning with medical and safety protocols.