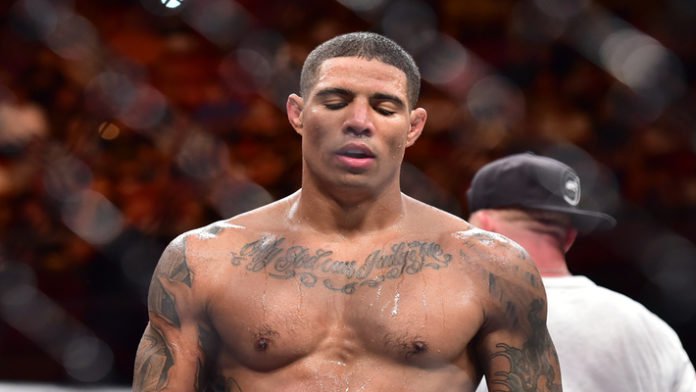 Max Griffin hasn’t been a happy camper since his close split-decision loss to Thiago Alves at UFC Fortaleza. In fact, Max believes that he cannot get a fair shake in Brazil, especially now that he’s 0-2 in the country.

After the fight, Griffin told the members of the media during the post-fight press conference that he will never return to Brazil. The welterweight competitor might have a reason to be upset with the judges, as most of the MMA outlets scored the fight in his favour. In fact, the statistics from the fight show that Max Griffin should have had the fight in the bag.

“I’d love to run it back (with Alves) – but in America”, Max Griffin said after the fight (transcript via MMAJunkie). “I’m not fighting out here again. I can’t. This is my career, and if you would’ve scored that fight 100 times, this would be the only place that I’m going to lose that fight. Period.”

“I’ve never been so surprised in a fight. We knew he was going to be a tough guy, but we executed. We won Round 1 clearly – rocked him and dropped him a few times, and that should’ve been a 10-8. Second round, he brought it back to me … I was rocked for a second, but I put it on him again. He’s still getting stitches right now.

“I knew in the third round I had to put it on him. I outstruck him by like 40 significant strikes. And I outwrestled him the last round – took him down two or three times … won the third clearly. Even if you gave him the second round, even a 10-8, I still would’ve won the fight. I was upset at first. But I know in my heart I smashed him.”

Griffin also said that Alves’s coach and former UFC fighter Mike Brown admitted that he had won the fight.

“After the fight, (Alves) ran into me and said, ‘Ya know, we’re in Fortaleza.’ He knew he didn’t win”, Griffin said. “His coach, Mike Brown, said he didn’t win. I’ve never felt I won so much – that’s why I’m not upset. It’s not like, ‘Oooh, I got robbed.’ We beat him. We smashed him. Every single person here saw the fight, and no person thinks I lost that fight. It is what it is.

“Mike Brown said he’d have to rewatch the fight. They didn’t think they won the fight. 100 percent (I lost because I was in Brazil). He was born here, it was supposed to be his last fight. He’s still getting stitches right now. It was an honor to fight him. He wasn’t a judge. But I feel good in my heart. I feel fine. I look fine. … I don’t know, man.”