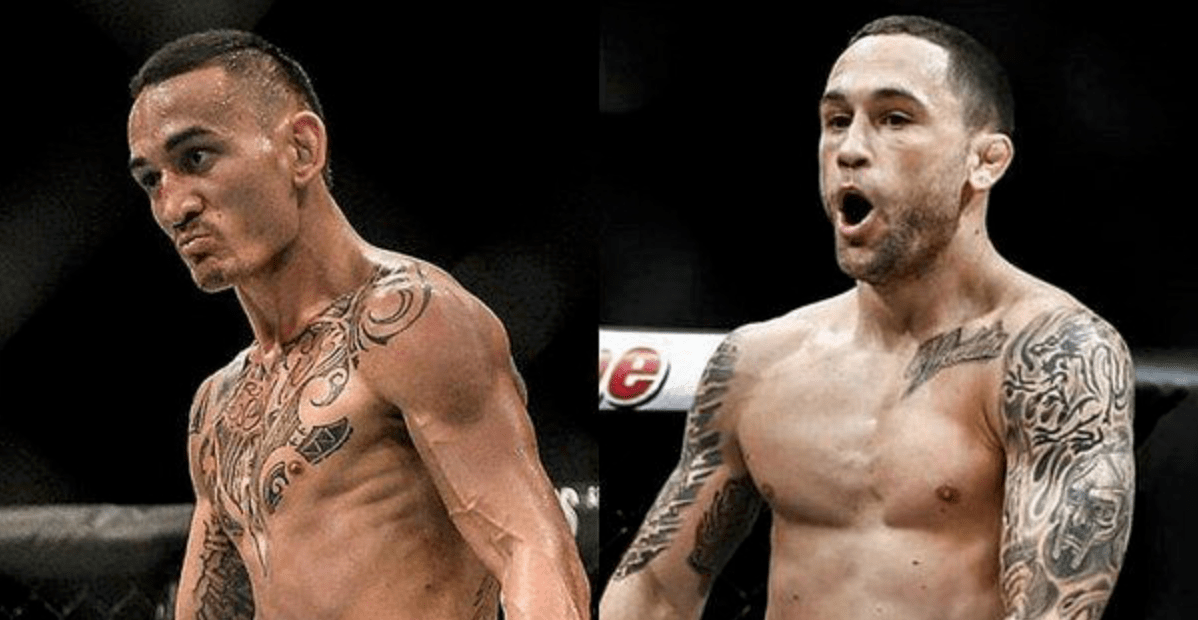 It may not have a venue yet but it looks like UFC 240 now has a main event. ESPN’s Brett Okamoto has just reported that Max Holloway and Frankie Edgar have verbally agreed to fight on the July 27th card.

The fan favourite Edgar, has been campaigning for a title shot since Holloway became the UFC featherweight champion.

After Alex Volkanovski’s impressive win over the former champion Jose Aldo at UFC 237, it was expected that the Australian would get the next title shot. Edgar has won once in the last two years. In that same period, Volkanovski has won six times and has just dominated the man that dismantled Edgar twice in 145lbs title fights.

Volkanovski is currently on a 24 hour flight back to Australia from Brazil. With Robert Whittaker and Isreal Adesanya expected to have their UFC middleweight unification bout in Australia in October, there was speculation that Holloway vs Volkanovski would go down on that card.

With UFC 240 taking place on July 27th, there is still the chance though that the winner will face Volkanovski on the Australian card in October.

‘Blessed’ last defended his featherweight title in December, when he beat Brain Ortega. Since then, the Hawaiian lost to Dustin Poirier at UFC 236, when fighting for the UFC interim lightweight title. Edgar last fought just over a year ago, when he defeated Cub Swanson, via unanimous decision.

Although no venue has been confirmed for UFC 240 yet, we know it will be in Canada and is expected to be in Edmonton. It will be the fourth time that Holloway has fought in Canada.

Do you think Edgar deserves the next title shot in the 145lbs division?