Mayweather And Pacquiao Meet Again Where It All Started 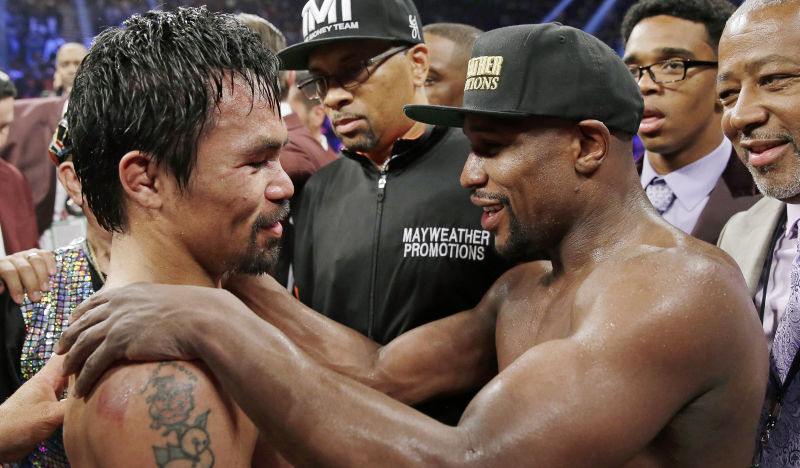 Back in 2015, after the world had been waiting for Floyd Mayweather and Manny Pacquiao to fight each other, the two met at a basketball game at the Staples Centre. This led to the two of them finally entering the ring together in May of that year.

Mayweather would go on to win the fight, via unanimous decision, after a pretty disappointing twelve rounds of fighting.

Fast forward four years and the two met again at another basketball game at the Staples Centre, in Los Angeles.

Pacauiao has fought four times since the fight, going 3-1. Mayweather has fought twice since then, winning both, including a tenth round stoppage of Conor McGregor.

Most recently, the unbeaten Mayweather fought an exhibition fight with Tenshin Nasukawa in Tokyo, at RIZIN 14. Where he won in the first round. You can watch that full fight here.

Pacauiao is currently in Los Angeles promoting his upcoming fight with Adrien Broner on January 19th.