Mayweather Open To Fight McGregor & Khabib For An Easy $600 Million 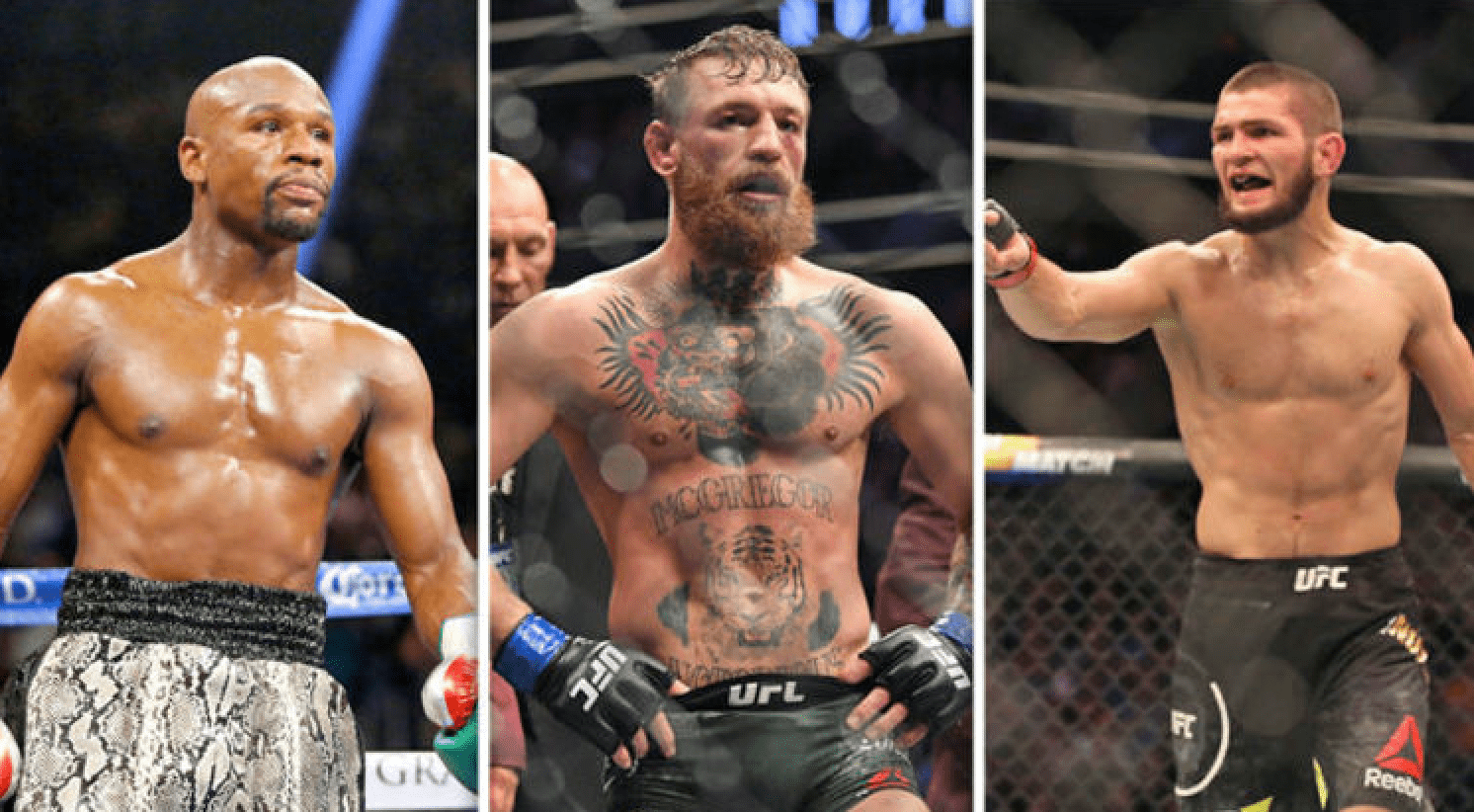 It’s been over three years since Floyd Mayweather and Conor McGregor stepped foot inside the boxing ring together. Where as many predicted, ‘Money’ came out victorious, winning via tenth round TKO.

Except for an exhibition match against Japanese kickboxing superstar Tenshin Nasukawa at RIZIN 14 that ended in a first round TKO, Mayweather has primarily ventured into other business opportunities since fighting McGregor. Although he has consistently teased of another comeback.

Looking For Another Payday

Speaking to Shannon Sharpe on his Club Shay Shay podcast (transcribed by MMA Fighting), Mayweather said he would be willing to step back in the ring, when asked about a potential rematch with McGregor.

Mayweather remained relatively unscathed throughout his professional career as far as taking damage goes. And at 43 years of age, his health is still just as important to him now as the money factor.

“Your health is your wealth,” Mayweather said. “So as far as me going out there and competing against a guy like Conor McGregor, or a guy that’s really inexperienced. Absolutely [I’d fight Khabib Nurmagomedov]. Those are $300 million fights.

“You have to make it make sense. Real sense. Certain type of dollars. I need to have my faculties also. I had my time. I had my era. It’s these young fighters’ era now. It’s OK for me to go fight a Khabib or a Conor – with those two fights alone, I could pick up $600 million. That don’t hurt to fight guys that just entertain. It’s all entertainment.”

It is worth noting that although Mayweather finished McGregor inside the distance, the MMA star did find some success in the earlier rounds. Although according to ‘Money’, it was nothing he couldn’t handle and would expect a rematch to go the same way.

“Conor McGregor can’t punch,” Mayweather stated. “He can’t punch. I don’t even remember [the uppercut]. I’m having fun. I was like this dude punch so soft.”

McGregor has regularly campaigned for a rematch with Mayweather, and stated he’s 100% confident he would have his hand raised in a rematch. However, ‘Money’ remains unfazed.

Although Mayweather may want another multi-million dollar fight with the Irishman, he also made his true feelings towards McGregor.

“I don’t like him at all,” Mayweather said about McGregor. “At all.”

Do you see a rematch between Floyd Mayweather and Conor McGregor happening?