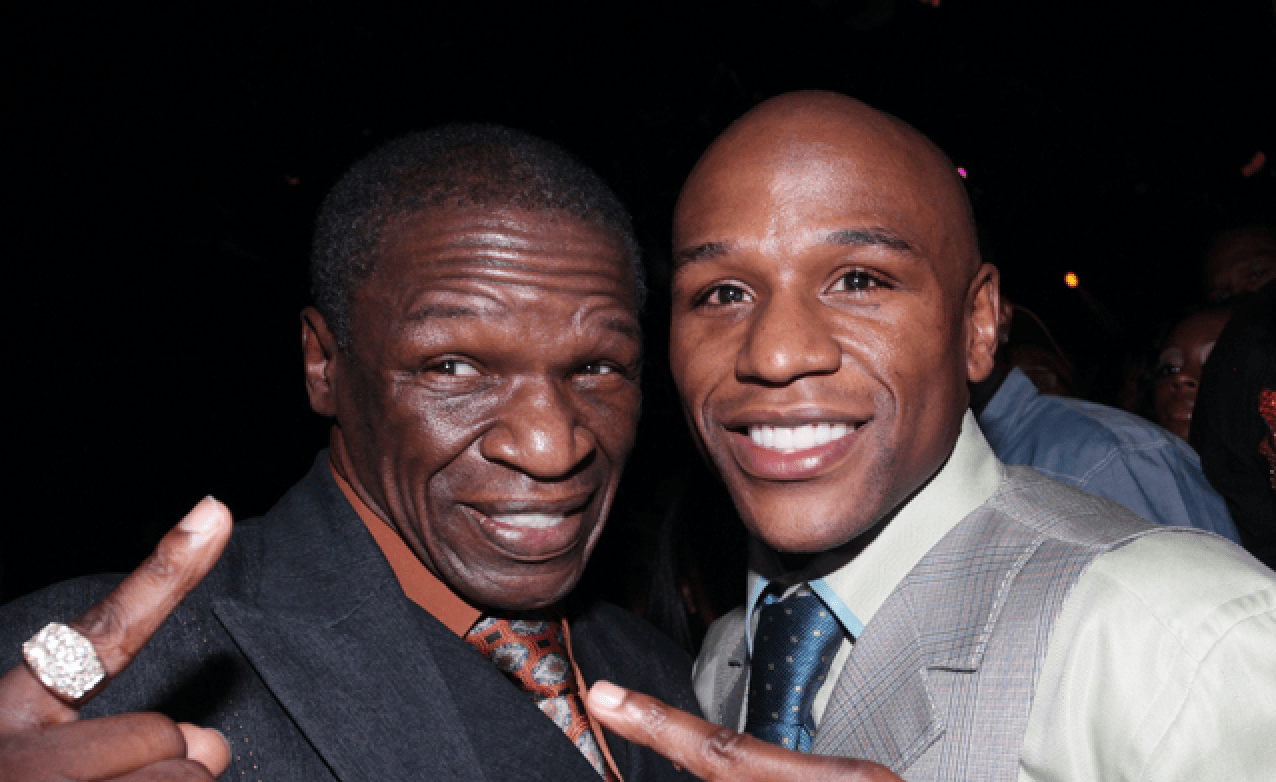 Recently it has felt like every boxer on the planet has called out Manny Pacquiao. Just this month, Errol Spence Jr. has called out Pacquiao. His opponent next month, Shawn Porter, has also called out the Filipino superstar. While Keith Thurman has called for a rematch with Pacquiao, following his split decision loss to him last month.

One man however, who has shown no interest in fighting Pacquiao again, is a certain Floyd Mayweather Jr.. In fact, not only did Mayweather dismiss the idea of facing Pacquiao again after watching him beat Thurman, he even hit out at him. Claiming that the only reason he attended his fight against Thurman, was because Pacquiao is now an employee of his.

Despite this, when asked by TMZ Sports if he thought a rematch would happen between his son and Pacquiao, Mayweather’s dad, Floyd Mayweather Sr., said he was ‘pretty sure’ the rematch will happen.

“I’m pretty sure that they’re gonna fight, if Pacquiao said he wanna fight.”

Asked if he thought his son would beat Pacquiao again, Mayweather Sr. stated that he would ‘kick his ass’ anytime they fought again.

“My son said he could kick his ass the second time, third time, fourth, fifth [time].”

Mayweather Jr. hasn’t fought since beating Conor McGregor two years ago. Apart from a three round exhibition fight against Japan kickboxing star Tenshin Nasukawa, last New Year’s Eve at RIZIN 14. Although this didn’t last one round, with Mayweather stopping Tenshin at the end of the first stanza.

When Mayweather Jr. and Pacquiao first met in May of 2015, Mayweather won via a unanimous decision. Since then, ‘Pac Man’ has fought six times, winning five.

Do you think we will see a rematch between Floyd Mayweather and Manny Pacquiao?