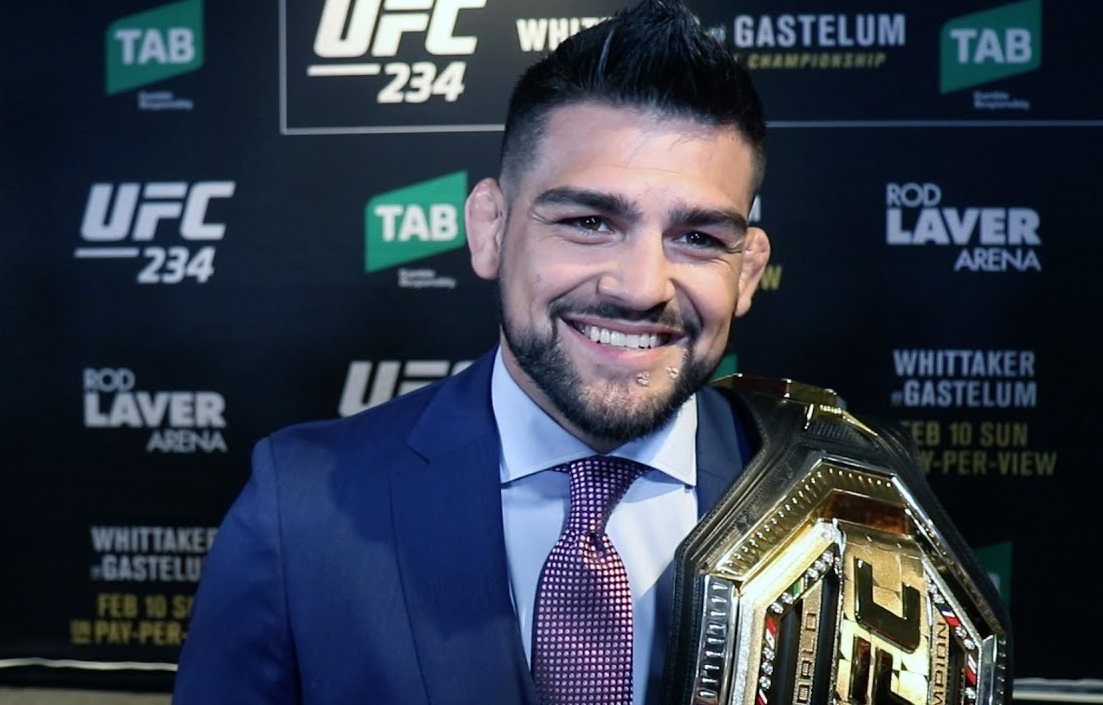 Kelvin Gastelum did not get to face Robert Whittaker for the 185 lbs title at UFC 234. Interestingly enough, Kelvin caused quite a stir when he showed up with a UFC title in front of the media, and proclaimed himself to be the new champion.

According to Megan Anderson however, he was merely borrowing Henry Cejudo’s flyweight championship. Gastelum claimed that he was the new UFC Middleweight Champion, and even showed up cage-side with the title.

Not everyone was thrilled with Kelvin’s antics, including Conor McGregor. While McGregor showed a lot of respect to Anderson Silva, he wasn’t as complementary about Kelvin Gastelum holding the title.

“Why is that worm holding the 185lb belt?” Conor questioned. “There are worms crawling on his skin! It was absolutely ludicrous to even consider allowing him to compete. Let alone now walk around the arena shaking our fans hands.
Someone sort this, this instant. And sterilize that belt.
Immediately.”