Mei Yamaguchi Excited To Compete On Home Soil At ONE: A New Era 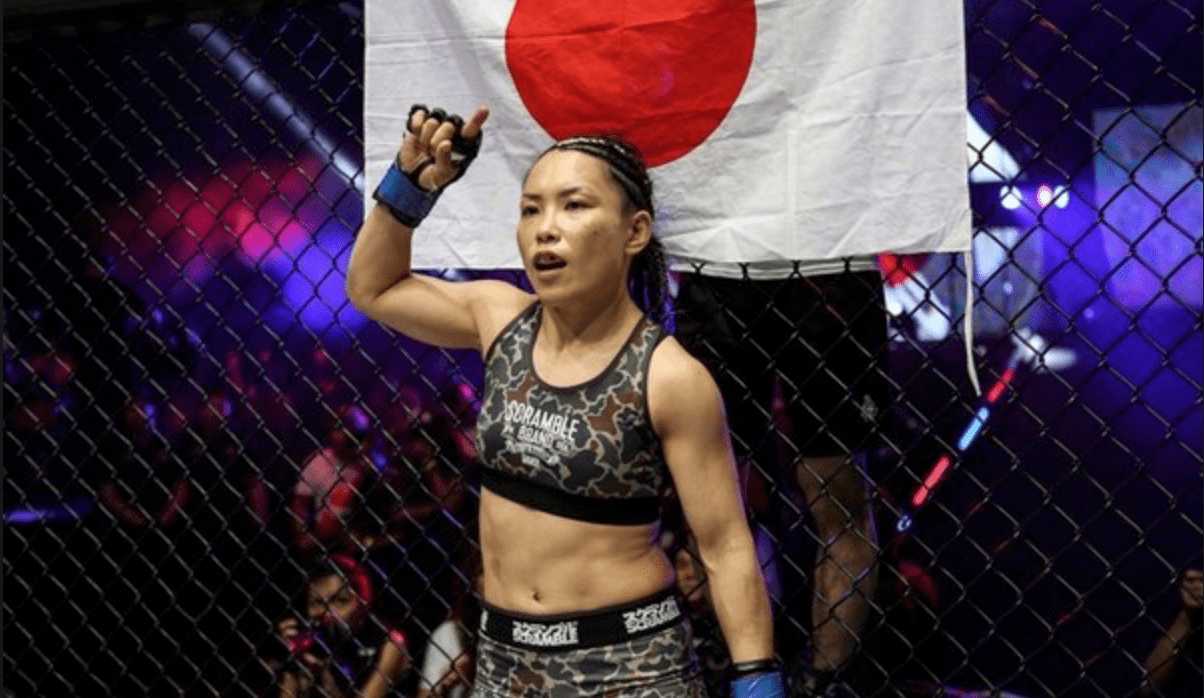 ONE Championship fans are counting down the days until March 31st, when the cage doors open to signal the start of ONE: A NEW ERA in Tokyo, Japan.

The blockbuster event which marks ONE’s arrival into the Japanese market boasts four World Title bouts as well as the long-awaited promotional debuts of Eddie Alvarez and Demetrious Johnson.

However, it would not seem right for ONE to hold their inaugural event in ‘The Land of the Rising Sun’ without the name of fan favourite Mei “V.V” Yamaguchi being attached to the list of athletes set to compete.

The two-time ONE World Title challenger, who was born and currently resides in the Japanese  capital, knew immediately she wanted to be part of the card when ONE announced it was coming to her hometown..

Thankfully for fans and Yamaguchi herself, she got her wish and on 31 March “V.V’ will face off against ONE newcomer Kseniya “The Tigress” Lachkova.

It is a bout that almost didn’t happen due to Yamaguchi initially being scheduled to compete in February at ONE: CALL TO GREATNESS, in Singapore.

Yet on the week of the event Yamaguchi was informed that her bout had been called off. Generally for an athlete, being told their bout is off is never good news but in this case, it was a blessing in disguise.

“I was requesting to compete in Tokyo. I knew that the [Singapore] bout was going to be canceled on the day I was flying to Singapore,” Yamaguchi said.

“They were looking for another opponent but they told me they would either find me another opponent or if they can’t my match would slide into Tokyo. So it was ok. It was like perfect timing.”

Yamaguchi made sure her trip to the “Lion City” was not wasted by attending private training sessions at Asia’s premier mixed martial arts gym.

“While I was in Singapore, I went to Evolve, and I had pretty hard training there. I was having personal training sessions every day, twice a day,” said Yamaguchi.

Weary of seeing her overtrain herself, the instructors at Evolve advised her to take some time off before starting her camp for Tokyo.

“The coaches there told me I should have a break and chill until the first of March, which is when I started training again,” Yamaguchi added.

It has been over three years since Yamaguchi last competed as a mixed martial artist on home soil and she is relishing the chance to perform again for her compatriots.

“It is really exciting competing in front of a huge crowd and your supporters and of course my teammates and family,” she said.

“I think there is a little bit more pressure competing at home than in a foreign country but I will take that as positive and I will try not to take the pressure too much. I will try to enjoy the occasion.”

Yamaguchi knows that she has a tough test in front of her in the form of Lachkova. The Russian will arrive in Tokyo riding an impressive five-bout winning streak, with four of those wins coming via way of referee stoppage.

“I saw several videos of her bouts,” Yamaguchi said.

“I noticed that she is a pretty good kickboxer but also when her opponent lacks skills on the ground, she [Lachkova] will also look for a submission. So I think she has a pretty good skill set overall but I think I will be alight. I will try and take her down and do what I can.”

Yamaguchi has made it clear that her mission in 2019 is to finally capture the ONE Women’s Atomweight World Championship.

A win over Lachkova on what will be the biggest card in ONE history would clearly be classed as a step in the right direction.