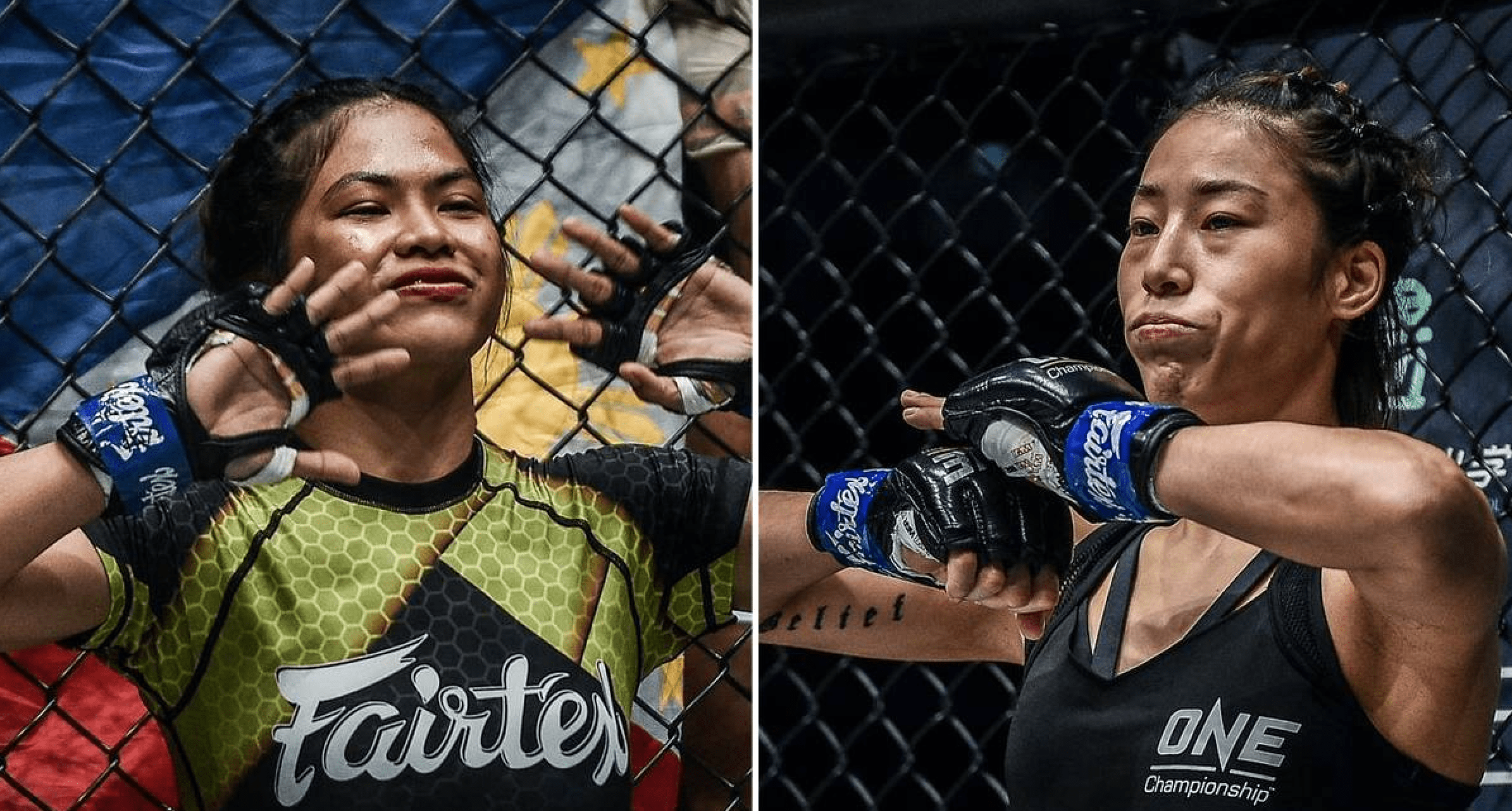 Meng Bo is currently on a seven-fight win streak, with her last three wins coming inside the ONE Circle. In her first appearance in the promotion, she finished Laura Balin in the first round at ONE: Age Of Dragons. She then scored another first round knockout against Priscilla Hertati Lumban Gaol at ONE: Inside the Matrix 2. And most recently, she edged out Samara Santos at ONE: Unbreakable.

“I Would Beat Her Up”

After her dominant run, she currently has her eye on the number one-ranked athlete in the atomweight division: Denice Zamboanga. Speaking to ONE Championship, Meng said that ‘The Menace’ would not stand a chance against her.

“We were supposed to fight last year, but COVID happened and it was cancelled. I couldn’t fly to Singapore at that time,” said Meng. “But I must say, Denice was lucky that fight got canceled. If we were in the ring together, without a shadow of doubt, I would beat her up and take her spot as the number one-ranked atomweight in the division.”

The second-ranked atomweight faced her toughest test to date inside the ONE Circle when she fought Santos last month. Despite pulling off the victory via unanimous decision, it was the first time she had gone the distance as a ONE athlete. But it was it was after this fight that she realised the aspects of her game that she needs to work on.

“I learned a lot in the Samara Santos fight. One weak area I’ve discovered is my ground fighting skills,” Meng said. “I need to improve my ground control and strength. My goal is to master all combat sports skills and become the most dangerous MMA fighter in ONE Championship.”

“I’m Pretty Confident That I Can Finish Denice”

Nevertheless, Meng is confident that she has what it takes to make quick work of Zamboanga. Although the Chinese 24 year old acknowledges that the Filipina wouldn’t be an easy opponent, she is confident in her own knockout power.

“Denice is a stubborn and tough fighter, but if I was to identify her strength, she’s only good at punching, nothing else,” said Meng. “I think my stand-up fighting techniques will be enough to give me the victory. I’m pretty confident that I can finish Denice with a flurry of punches and knock her out within two rounds.”

With reigning champion Angela Lee currently sidelined due to her pregnancy, Meng and Zamboanga are two of the favourites to win the upcoming ONE Atomweight World Grand Prix, which is set to determine ‘Unstoppable’s’ next title challenger when she returns.

Despite the Grand Prix, Meng has her sights firmly set on beating Zamboango to earn a title shot against Lee.

“[Beating Denice] would be more than enough to earn a shot at the world title,” Meng said. “Once I get Denice in the Circle and beat her, I will be ranked number one in my division, and I’ll be next in line to fight the champion.”

How do you see an atomweight showdown between Meng Bo and Denice Zamboanga playing out inside the ONE Circle?