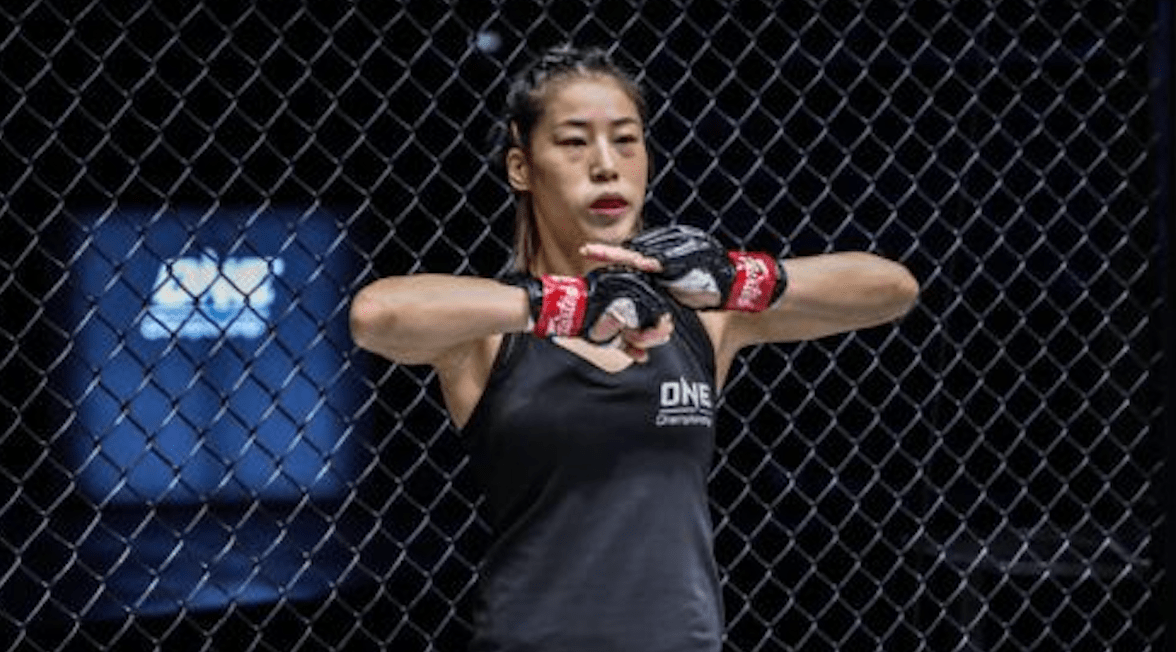 Meng Bo is oozing with confidence ahead of the ONE Atomweight World Grand Prix first round against Ritu Phogat at ONE: Empower on May 28th.

Meng is one of the more experienced fighters competing in the Grand Prix. The 25-year-old has improved her MMA record to 16-5 since joining ONE in 2019, earning knockout wins over Laura Balin and Priscilla Hertati Lumban Gaol, before churning out a unanimous decision victory against Samara Santos at ONE: Unbreakable in her most recent fight.

Stranding in her way is wrestling phenom, Phogat, who is 4-0 in her MMA career, and is looking to make history by becoming the first Indian to win a title in a major MMA promotion.

Speaking exclusively to Asian Persuasion MMA, Meng said that the Grand Prix is a great opportunity for her to stamp her authority in the division.

“I am very excited to show that I am the greatest fighter in the atomweight division,” Meng said. “I have been saying how good I am in many interviews, and now I have the time to prove I am the real deal.”

Phogat is one of India’s most decorated wrestlers, with a Commonwealth Games gold medal to her name, among other accolades.

There’s no secret that she’ll force the fight to the ground as soon as she gets the first opportunity. However, Meng warns her that she might turn the tables on her opponent when the time comes.

“Ritu has many achievements in her grappling career,” Meng said. “No doubt her biggest strength is her grappling techniques, especially her throws. Her experience in MMA fighting is less than me, but I am sure she is a tough fighter. She and her team are working on her MMA fighting skills, other than grappling.

“I have been working on my wrestling, and my ground control. I am not afraid of her wrestling and I won’t give her an easy chance to throw me on the ground. Of course, I will use my standup skills to knock her down, hopefully within two rounds. [Or] maybe I’ll just take her down (laughs).”

Meng and number one ranked atomweight Denice Zamboanga have developed a rivalry, in recent months with the Chinese fighter calling out her Filipina counterpart for a showdown in the past.

Given their budding rivalry, Meng was one of many who thought the two would finally square off in the Grand Prix quarter-finals, but to her surprise, that didn’t happen.

While Meng could still face Zamboanga in the Grand Prix final, she believes Ham Seo Hee will be too strong for the 24 year old Filipina when they meet in the GP first round.

In their first fight at ONE: Unbreakable 3, Alyona Rassohyna handed Stamp Fairtex her first MMA loss in a controversial turn of events, as the Thai superstar, despite dominating the majority of the fight, was deemed to tap with just a few seconds remaining of the third and final round.

The two are set to lock horns in the Grand Prix again, and Meng believes Stamp will come out victorious this time around.

“I think the fight between Alyona and Stamp is like a rematch, because the last time, Stamp lost because of an accident,” Meng said. “Stamp is a very good fighter, and in this Grand Prix, she will show that she’s the better fighter and win the fight. I think Alyona will be my opponent one day, but definitely not in the Grand Prix.”

When asked who she expects to reach the final on the other side of the draw, Meng said that she believes it will be Ham or Stamp.

Should she win her fight against Phogat, Meng will face the winner of Itsuki Hirata and Alyse Anderson in the semi-final. While she heaped praise on her Japanese counterpart, she doesn’t believe Anderson will be a big threat in the Grand Prix.

“I think Itsuki Hirata is very good at both standup and ground fighting, she’s really tough,” Meng said. “I have only seen two fights of Alyse Anderson, and I don’t think she’s going to be a big threat.”

Last month, ONE atomweight champion Angela Lee and her husband Bruno Pucci welcomed their first child into the world, and ‘Unstoppable’ is eyeing a return to the ONE Circle in November to face the winner of the Grand Prix.

Meng however, has her doubts that the champion will be able to cut down to atomweight again after having a baby.

“I know that Angela Lee had a baby in April, and I have heard that if I win the GP, I will fight Angela Lee in November,” Meng said. “But I kind of doubt that she can make the weight because she’s a new mom.”

Do you think Meng Bo has what it takes to win the ONE Atomweight World Grand Prix?