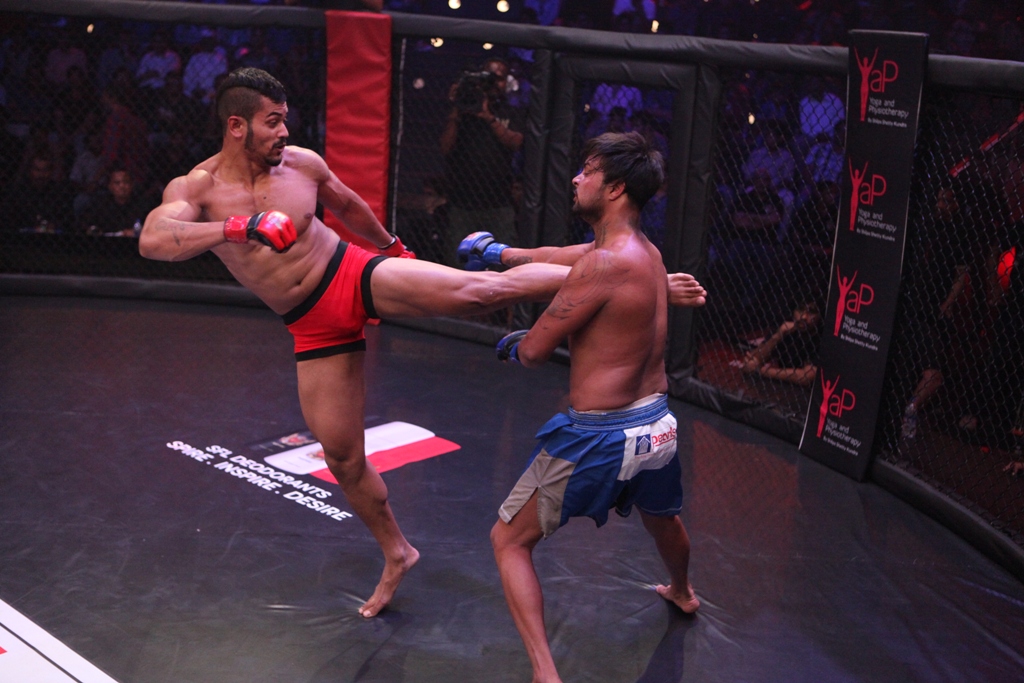 Bhabajeet Choudhary was scheduled to fight Sandeep Dahiya in the co-main event of Matrix Fight Night 2 in Delhi next month. MFN 2 will witness the return of Jason Ramesh Solomon in the main event, as the “Delhi Don” prepares to face a resurgent Srikant Sekhar.

The co-main event was expected to produce fireworks, with Bhabajeet (8-3 MMA), known for his knockout power and brute strength, scheduled to face Sandeep Dahiya (14-4 MMA). Dahiya moved down two weight classes at Matrix Fight Night 1 before producing a highlight reel KO finish. However, according to sources, Bhabajeet Choudhary’s return to the cage has to be delayed due to an undisclosed injury.

Asian Persuasion MMA reached out to Matrix Fight Night’s head-honcho Alan Fenandes to confirm the news. We were told that Choudhary had suffered an injury while preparing for the fight, and has been ruled out. Sandeep Dahiya is reportedly willing to wait to fight Bhabajeet Choudhary.

With the co-main event slot now vacant, Alan Fenandes told us that the promotion is currently working on putting together a new co-main event. Matrix Fight Night 2 is scheduled to go down on May 29th in Delhi. Here is the updated card.