Michael Bisping States Who He Thinks Conor McGregor Should Call Out 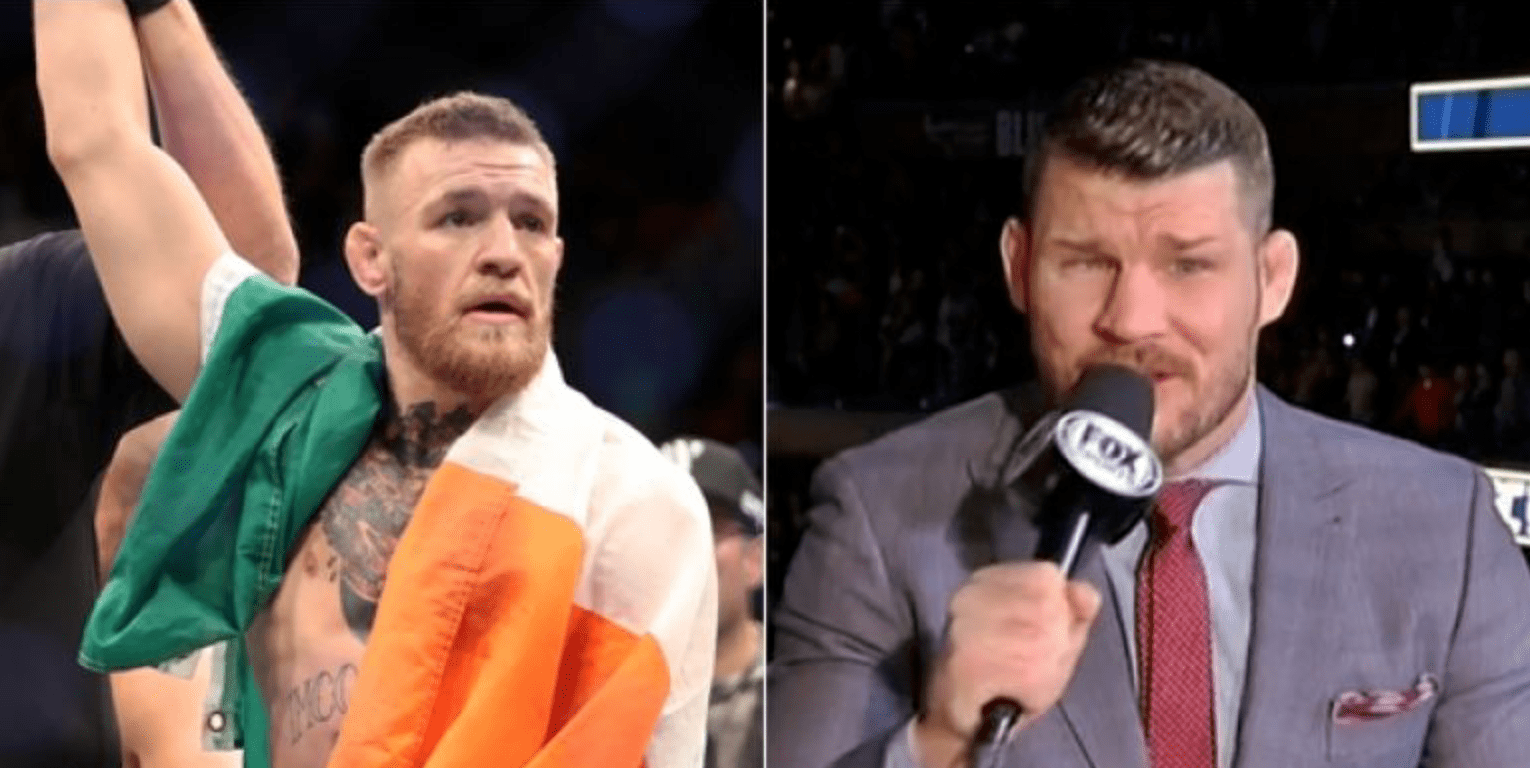 Despite the retirement tweet in March and more recently, posting a photo of his hand in a cast, it is still expected that Conor McGregor will fight this year.

But Michael Bisping believes he has the solution. The former UFC middleweight champion thinks McGregor should call out Nick Diaz. Although he’s not very confident that the elder Diaz brother would accept the challenge. As he discussed on his ‘Believe You Me’ Podcast (as transcribed by MMA News).

“If I’m Conor, yeah call out Nick Diaz. Say listen, ‘I’ve already beat your brother, so come on big brother. Let’s go.’ I don’t think Nick Diaz is gonna take that fight though. I don’t know, well you probably do follow Nick Diaz on Instagram. My god, he’s having a whale of a time in Las Vegas, that guy. All he ever does is [party] at nightclubs, he’s hammered, he’s having a great time, he’s surrounded by pretty young girls. Why would he want to get back into the Octagon and fight? It’s a shame because the guy has real talent, but as I say you only get one life and he’s having a real f***ing good one by the looks of it.”

Back in February, Nick himself stated that he doesn’t want to fight anymore and that he just wants to party. You can see Nick say that here.

Nick has also said in the past that he’s not interested in fighting McGregor, because he sees the Irish man as his younger brother Nate’s opponent. Nate and Conor fought twice in 2016. Nate submitted Conor in the second round, at UFC 196. Before Conor won the rematch, with a hard earned unanimous decision win at UFC 202.

As Bisping said, it’s extremely unlikely that we’ll see Nick come back. Would you like to see Nick Diaz vs Conor McGregor though?