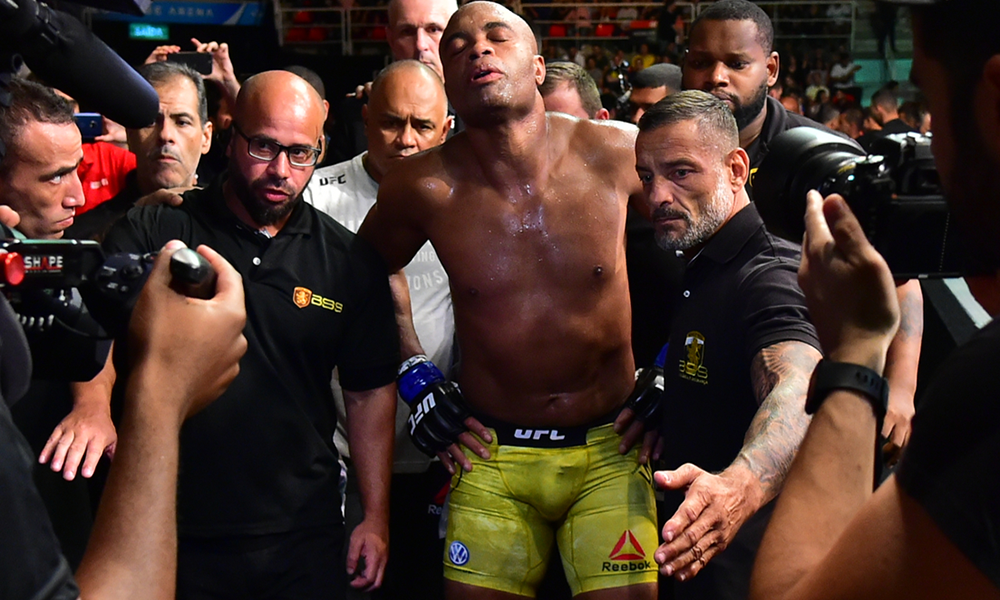 At UFC 237, Anderson Silva lost to Jared Cannonier, when the Brazilian legend ate an inside leg kick, and crumbled to the mat in pain. The former UFC Middleweight Champion, who is considered by many to be one of the greatest MMA fighters of all time, has now won just one fight in his previous eight outings.

Watching Silva being helped to the back certainly was not easy to watch for the MMA fans. At 44 years old, Anderson Silva is also the oldest fighter on the UFC roster, and his former rival Michael Bisping urged “Spider” to call it a day after the fight.

“Anderson Silva is a true legend of the sport – he’s given so much”, Bisping said on the UFC 237 post-fight show on ESPN+ (transcript via MMA Junkie). “(He was) a longtime champion, but he’s 44 years old. A lot of people wondered, ‘Why is he still fighting?’ I think tonight, even though he looked OK, the fight obviously ended. He took a little inside leg kick and I think that he tore his ACL. I don’t think we’ll ever see Anderson Silva fight again. He certainly doesn’t need to.”

Bisping further added that “Father Time” has caught up with the legendary fighter, and called for Silva to announce his retirement.

“Father Time has caught up (with him)”, Bisping said. “With the greatest of respect, Anderson Silva needs to retire. He’s already given so much to this sport. He doesn’t need to give any more. Enjoy retirement.”

Silva hasn’t made any comments regarding his future, but has previously urged Dana White to book him in a fight with Conor McGregor, which could be his last big pay day.