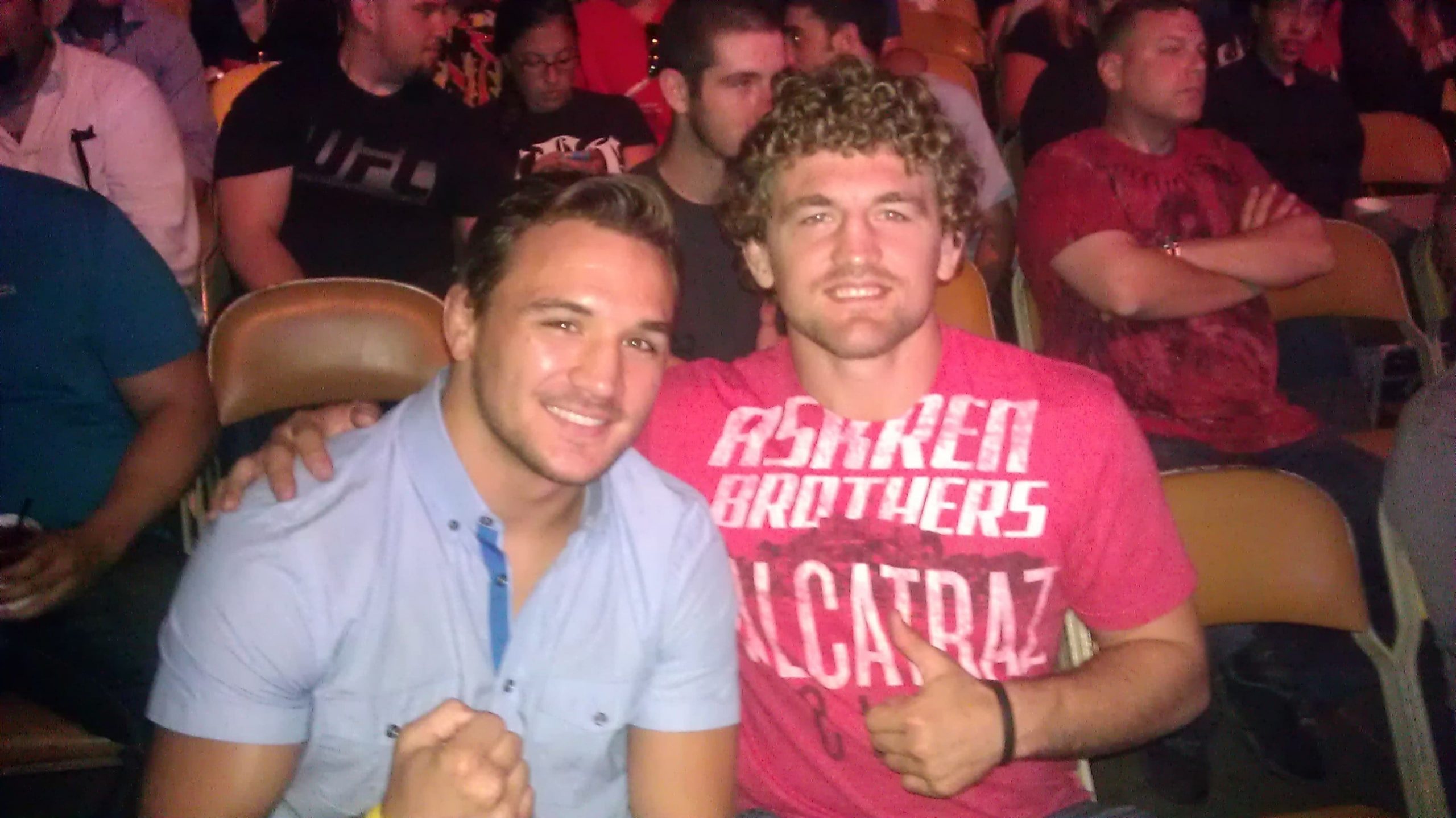 Paul is a 2-0 professional boxer, with his most recent victory coming against NBA star Nate Robinson last November. Askren, a former Bellator and ONE Championship welterweight titleholder, retired from MMA a few months after his submission loss to Demian Maia at UFC Singapore in 2019, and hasn’t competed since.

The boxing bout provides Askren with a chance to get back in shape after a lengthy lay-off and hip surgery, all while guaranteeing a seven-figure payday.

Askren has opened as the underdog against Paul, and many believe he doesn’t stand much of a chance. However, Michael Chandler is one of the few people backing the 36 year old to get his hand raised on the night.

All Praise For Askren

Speaking on “The Jim Rome Show” (as transcribed by MMA Mania), Chandler explained why he believes Askren will give Paul a run for his money.

“I think it’s a great idea, number one,” Chandler said. “Number two, Ben Askren is one of the most remarkable human beings in the entire planet. Everybody sees the big ‘fro and the loud voice, just attitude, but Ben is one of the most giving and full-of-humility men I’ve ever met in my entire life. He’s one of the reasons I got into mixed martial arts. He’s a heck of a competitor. The funny thing is, it doesn’t surprise me. If you know Ben well enough, nothing should ever surprise you.

“The man is a wild card; he marches to the beat of his own drum. Now, what I will say about the actual matchup, Jake Paul is not a great boxer. Ben Askren is not a great boxer. Ben Askren, quite frankly, the weakest of his attributes is his ability to strike on the feet. But I think, depending on the referee, depending on the ruleset, depending on how the promotion is set up, Ben is going to be able to get his hands on Jake, do some dirty boxing, some underhooks, some pushing, some pulling. We’re going to see, and I think Ben may be penalised for it.”

With dozens of wrestling and MMA bouts under his belt, Askren is light years ahead of the 24 year old entertainer in terms of experience, which Chandler believes the former Olympian can use to his advantage.

“Ben may be pulled off of him, maybe broken up a lot, but you’re going to see Ben close the distance, Ben get his hands on him,” Chandler shared. “You’re going to see Ben wear out Jake Paul because there’s a difference between boxing at distance and throwing punches and having a guy in your face, putting pressure on you, pushing you back up against the ropes. You’ve got to remember, yes it’s boxing, but Ben knows how to move, maneuver and manipulate another human body, his opponent, with his hands.

“So it’s going to be very interesting to watch the dirty boxing, watch the clinch game, and also watch Ben’s toughness. We saw Ben get knocked out cold, but listen, King Kong himself would have gotten knocked out by that Jorge Masvidal knee. Ben traditionally has a phenomenal chin, a great chin, and the wherewithal to be able to push Jake Paul around the boxing ring for eight three-minute rounds. Mark my words, I think he finishes Jake Paul later in the fight.”

Askren is very excited about his boxing bout with Paul, as he believes it is his chance to show the boxing newbie how different an experience it is fighting someone who has a long history in combat sports. ‘Funky’ has predicted a seventh round TKO victory.

Who do you think gets the ‘W’ when Ben Askren meets Jake Paul on April 17th?