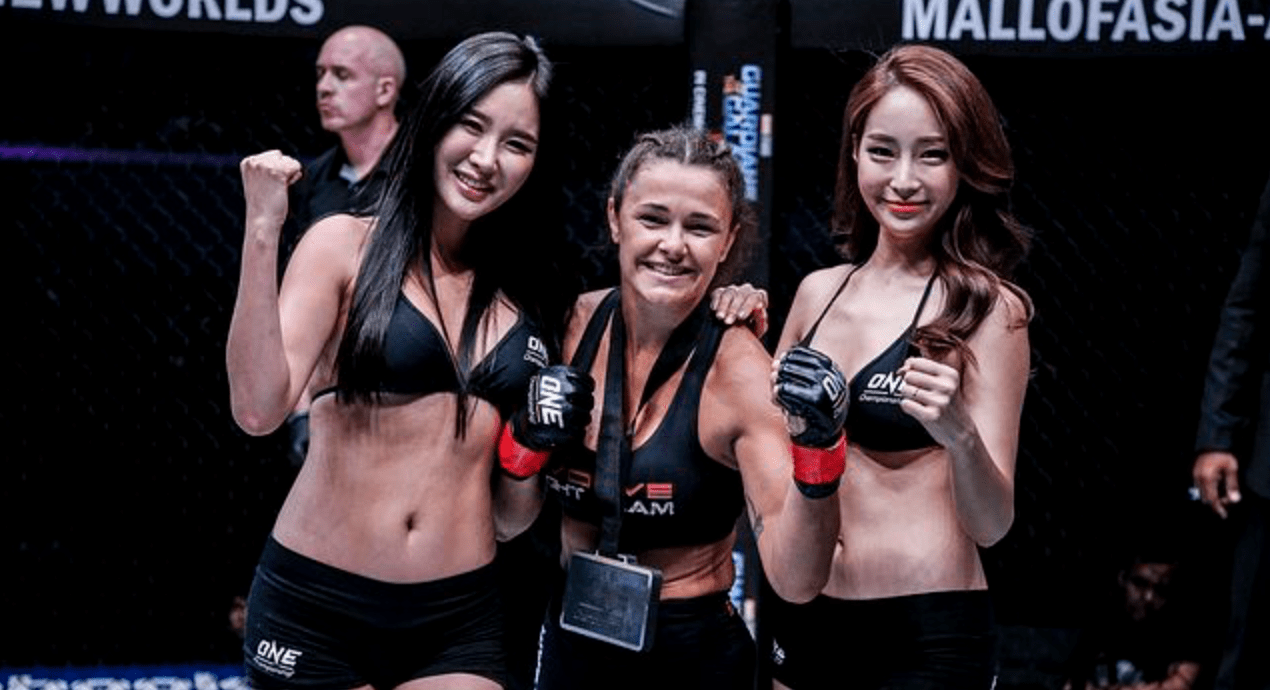 Eight-time Brazilian Jiu-Jitsu World Champion Michelle Nicolini will share the stage at ONE: MASTERS OF DESTINY with former Evolve teammate Angela “Unstoppable” Lee on July 12th at the Axiata Arena in Kuala Lumpur.

Nicolini moved to Singapore back in 2016 to train and teach at the Evolve MMA gym roughly a year after Lee relocated to the Lion City. They shared hours of training together until the end of 2017 before the Brazilian moved back home. Given the time they spent together, the 37-year-old Nicolini knows how formidable her upcoming opponent is.

“I know Angela well and I have had the chance to train with her before,” Nicolini said.

“She is a good striker and as we have all seen, her Jiu-Jitsu is very dangerous as well. She is a well-rounded competitor but I believe she will try to keep the fight standing when we share the cage in Kuala Lumpur.”

Though the Vila De Luta representative has garnered multiple accolades in her BJJ career, she mentioned in an interview last year that she had some difficulties switching to mixed martial arts because she had to incorporate multiple disciplines in one seamless set. She continuously sees each challenge as a means to improve herself, giving her 100% in every match.

“I fight for ONE Championship, one of the best shows in the world, but this show is in Asia, and when I signed with ONE, I knew that I wouldn’t be fighting at home in Brazil,” Nicolini concluded.

“But the important thing is that I fight happy. I believe in the training camp we did for this fight, and I know deep in my heart that I can win and I will win. The crowd in Kuala Lumpur will like it! The most important thing is we put on a great show for the fans, and with me and Angela in the cage, I don’t see this fight being different and being anything other than a great show for all of you!”

The reunion between Nicolini and Lee is fast approaching with each athlete entering the biggest stage of martial arts with their own agenda. One thing that the former Evolve MMA athlete can guarantee is that they will both give their best performance in Malaysia.