Waterson: I’m Only Interested In Fights That Gets Me Closer To The Belt 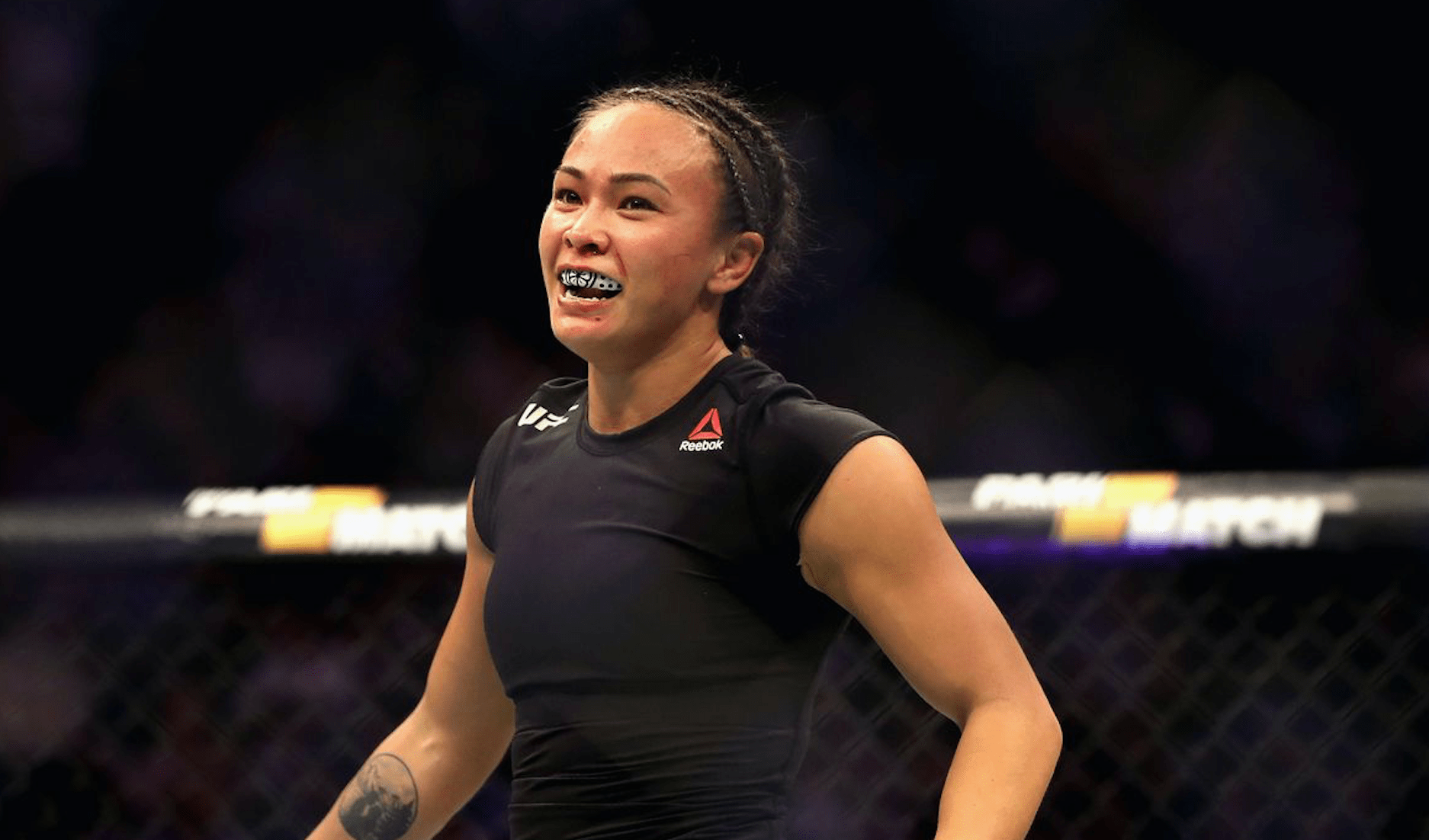 Michelle Waterson is currently ranked number seven in the UFC strawweight division, and is coming off a hard fought split decision win over Angela Hill at UFC Vegas 10.

With notable wins over Hill, Karolina Kowalkiewicz, Felice Herrig and Cortney Casey under her belt, Waterson has her eye on the prize, as she seeks fights that will get her closer to the title.

The Most Stacked Women’s Division

Speaking to MMA Fighting, Waterson said that she’s up there with the best, in the stacked 115lbs division.

“I tell people all the time, the strawweight division’s the most stacked division of the female roster in the UFC,” Waterson said. “The girls just show up to fight. Not only are they full of heart and will and determination, but technically very sound fighters with amazing resumes, even outside of the top ten. I’m constantly reminding people of that. And the girls are too. Anytime they’re slated to fight, they show up to fight.

“I did pull lots of inspiration after watching Joanna [Jedrzejczyk] and [Zhang] Weili being in that for five rounds and having that back and forth. I wanted to show people that I’m right there with them.”

Waterson fought Jedrzejczyk a year ago at UFC Tampa, losing a five-round unanimous decision, in what was a number one contender bout. The Polish former champion went on to challenge Zhang at UFC 248, losing one of the greatest title fights of all-time.

Having got so close to a title shot before, Waterson is focused on taking on the top contenders in the division, to get her closer to that elusive title fight.

“I want to take a fight that’s gonna get me closer to the belt,” Waterson said. “I’m not interested in anything else. It’s been kind of a crazy year and I’m staying ready. You never know what will happen. So we’ll see.”

One name that has been discussed as a potential opponent for Waterson is the fast-rising Mackenzie Dern. ‘The Karate Hottie’ however, doesn’t feel that beating the Brazilian jiu-jitsu ace would help her take another step towards a shot at the title.

“It doesn’t make sense to me,” Waterson commented on fighting Dern. “I think I’m at a different spot in terms of how close I am to the belt versus where she’s at. And that’s no jab at her, she’s been doing amazing, she’s an amazing jiu-jitsu player and has been able to utilise her skills to get her where she’s at now. I do think that I’m in a different spot than she is.”

“There Can Only Be One”

While Waterson is unsure whether she will fight again this year, she knows she wants to face someone ahead of her in the rankings next.

“It is motivating,” Waterson continued. “I always tell people that you can’t just keep your eye on the top ten of the division because these girls that the UFC are signing already come with a very, very impressive resume and they’re hungry to get to the top and the faster they get to the top, that’s their ultimate goal.

“I always tell people it’s like the Highlander, ‘There can be only one.’ (laughs) We’ll see, we’ll see what happens. I’m super close and so my focus is the top. Obviously, you always have to check your back and make sure that nobody’s coming from behind to sneak you one, but my eye’s on the prize ahead of me.”

Who would you like to see Michelle Waterson face next?