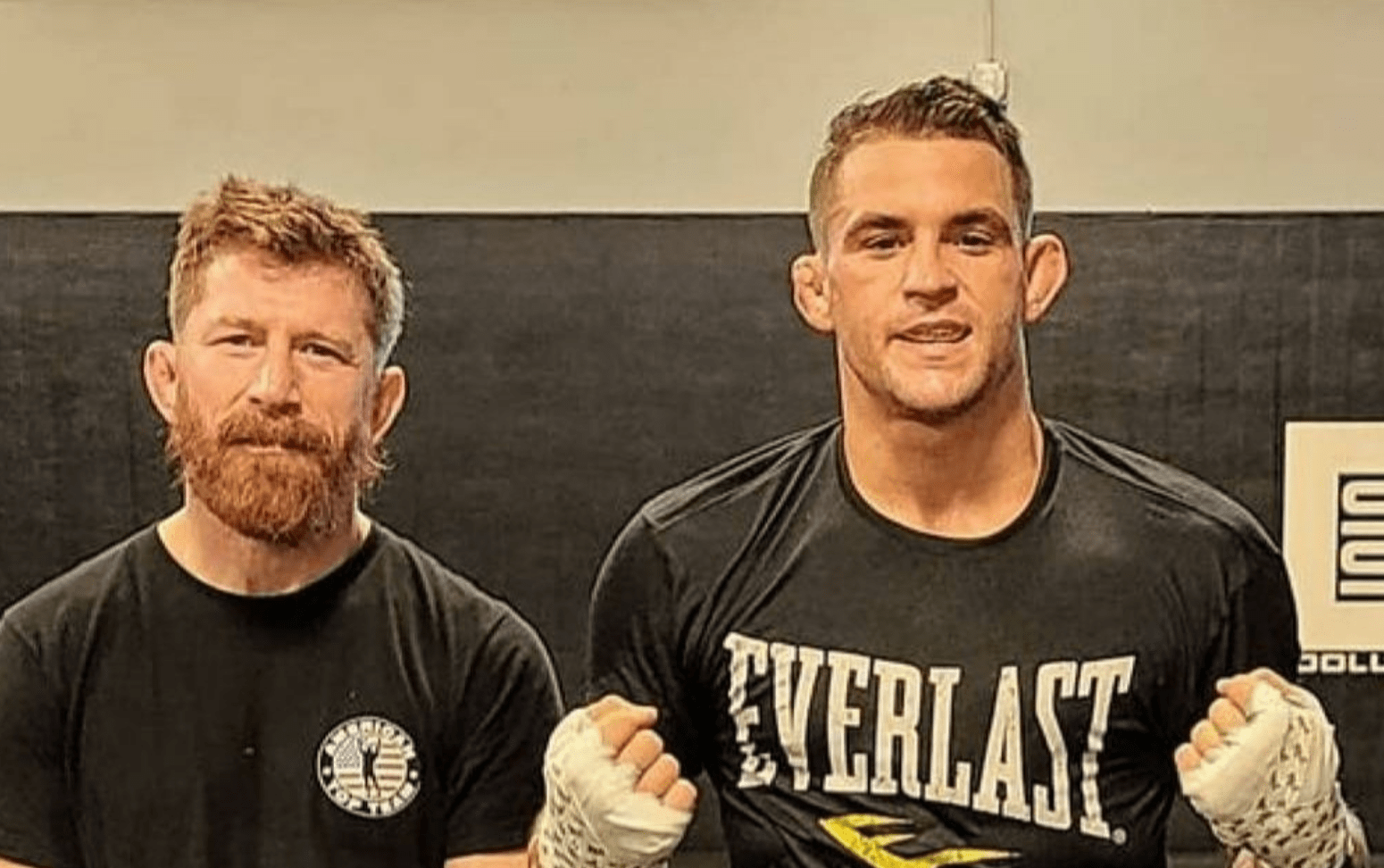 When Dustin Poirier defeated Dan Hooker last year in a Fight of the Year contender at UFC Vegas 4, it was his output during the later rounds that earned him the win in the five round main event. When ‘The Diamond’ faces Conor McGregor in the UFC 257 main event this weekend, his head coach Mike Brown expects his man to once again come out on top in the championship rounds.

Speaking to MMA Junkie, Brown said that he believes Poirier’s ability to get better as the fight goes on will be the key to victory against McGregor in their rematch.

“Anybody that knows this sport will realise quickly that the longer it goes, the better it is for Dustin,” Brown said. “Conor’s obviously struggled with conditioning. This is not his strong suit. Obviously, he’s got great timing, good power and good precision, a very good striker, but we’ve seen him more than once struggle with conditioning, and this is also Dustin’s strong suit. He’s got some of the best natural conditioning I’ve ever seen.

“He could be drinking beers and eating cheeseburgers and he can come off the couch and be sparring with world-class fighters that are peaking and he’s in better shape than them. He’s definitely got some gifts and a talent there, and it’s one of his gifts.”

“A Lot Has Changed”

Poirier’s favourable conditioning was not a factor during their first meeting at UFC 178 in 2014, when McGregor needed less than two minutes to get the job done. But Brown knows the result of their first encounter, which was at featherweight, is no indicator of what will happen during the rematch.

“A lot has changed,” Brown stated. “So much has changed. They’re really different people at this point. Six years of development in a sport, you’re almost a completely different athlete. I would say besides all the technique and technical improvements, it’s mostly about the mindset – the ability to relax in certain situations and suppress emotion and things of this nature. I think this is really where the biggest changes are made, are major technical changes that we don’t want to get into too much.”

Heading into this fight, some believe that Poirier will need to erase the memory of defeat in order to have a chance of a different result. While others, including Brown, believe that this is a great opportunity for the Louisiana native to showcase his growth and ability to make adjustments. The strategy can be perfect, but the American Top Team coach knows that it is all about the fighter’s mindset and execution inside the Octagon.

Since their first fight, both men have had their share of success inside the Octagon. McGregor went on to win the featherweight and lightweight titles, an even had a cross-over boxing match with boxing legend Floyd Mayweather. While Poirier won the interim lightweight title in 2019.

Poirier Is A World Class Monster

Brown and the ATT team respect McGregor’s skillset, but simply believe that Poirier has the ability and relentlessness to walk down any opponent at this stage in his career.

“It’s a rematch of a blemish – he doesn’t have many of them – that he’d like to erase,” Brown said. “[McGregor] always comes with something new and something fresh and something different. Honestly, we see some technical holes in the game. But most importantly, we see a lot of what everybody sees: He definitely has a weakness in conditioning. That’s something we’d be smart to exploit if possible.

Do you think Dustin Poirier will take Conor McGregor into deep waters and get the victory in the UFC 257 main event, as Mike Brown predicts?