Mike Perry And Vicente Luque Show Their Respect For Each Other 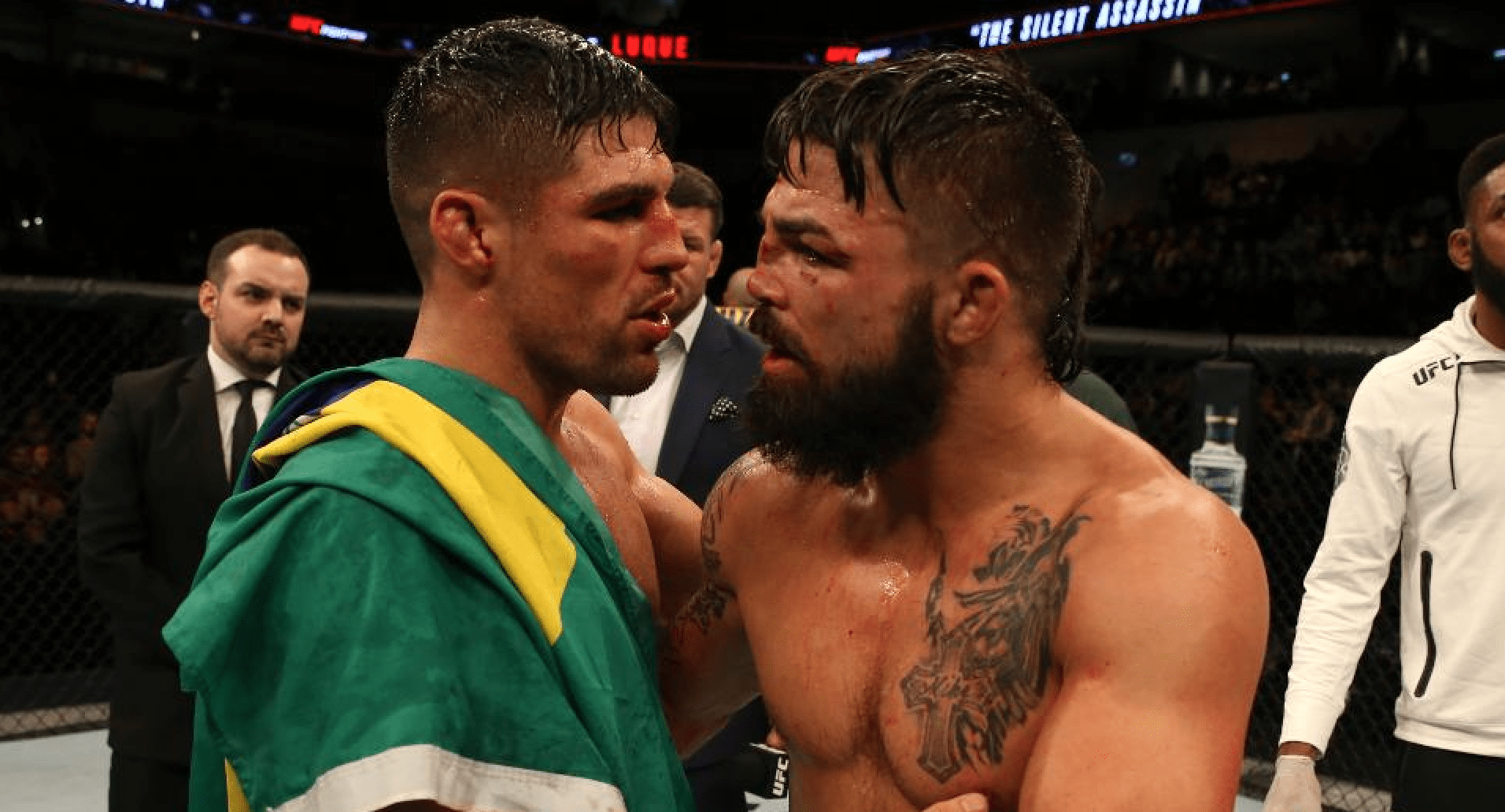 There was never any question as to who was going to be awarded the Fight of the Night bonus award this past weekend at UFC Uruguay. The co-main event between Mike Perry and Vicente Luque was a war, that ended with Mike Perry suffering one of the worse broken noses we’ve ever seen inside the Octagon.

On the night, Luque was awarded the win, via split decision. But both men were awarded an extra $50,000 for their Fight of the Night.

Following the fight, Perry took to Instagram to congratulate his opponent and offered to train with him, once his nose had healed.

“FOTN ! It takes 2 ! Thanks for the bonus, you didn’t have to do my face like that tho sheesh. Cursed with this chin, should’ve had my guard up like you. Ko or not one significant strike can do the job. When I’m healed we’ll train so you can beat these wrestlers. Congrats @luquevicente!”

Luque commented on the post, saying he’s looking forward to training together. And adding that Perry was the toughest man he’s ever fought.

“Look forward to train with you! I’m sure we can learn a lot from each other. No doubt you’re the toughest man I’ve fought and we showed everyone out there what fighting is about. Respect ??”

The American born Brazilian also posted his own message to Instagram, thanking his fans and again, showing his respect to Perry.

“I want to thank all of my supporters and MMA fans! Every time I step in the octagon I try to deliver the best fight possible and I hope that one was to your liking. Mad respect to @platinummikeperry He is a hard hitting ironed chined beast! Truly wish him the best and quickest recovery ?? #UFCUruguay.”