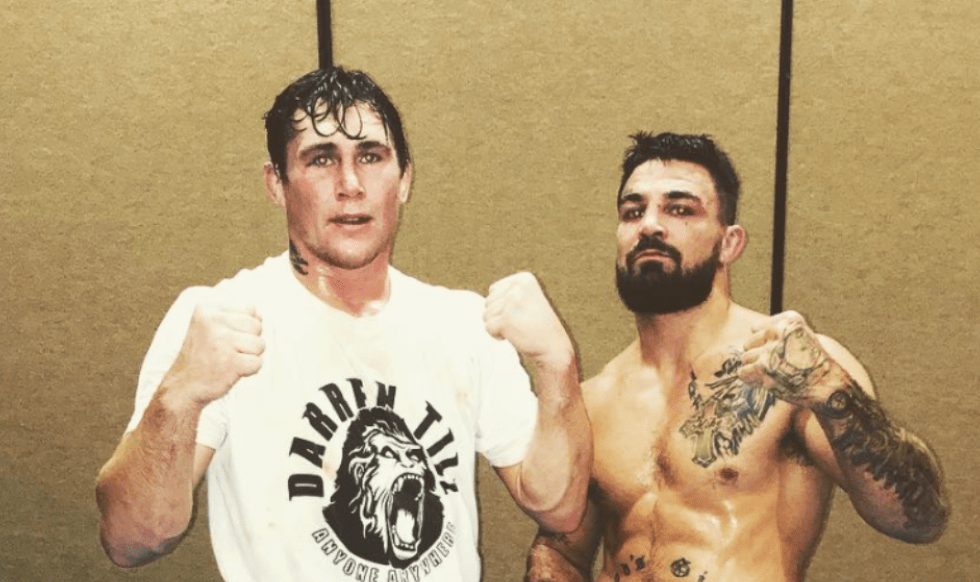 After securing a victory against Mickey Gall at UFC Vegas 4, Mike Perry turned his attention back to Darren Till. The two have trading blows with each other on social media in the past few weeks and the 28 year old has made it clear he’s not messing around.

Speaking to ESPN’s Brett Okamoto in a post-fight interview (transcribed by Bloody Elbow), Perry revealed that he wants to train with Yoel Romero, with the plan to move up to middleweight in order to face ‘The Gorilla’.

“I kind of want to work with Yoel Romero,” Perry said. “I want to get some beef inside of myself to feel that 185-pound weight class. I want to learn how to fight one of the best guys there so that I could fight a middleweight Englishman. You know what I’m saying, you know who I’m talking about.

“I want to fight that guy, he doesn’t deserve to have his name come out of my mouth. He’s a despicable person.”

“You want to f***ing play, and I’m not going to forget about it,” Perry said. “If I could see this mother***er in the street, I would do it for free. If we are ever in the same place, at the same time, I will go to f***ing jail for beating the brakes off of him, if he wants to be a little pussy boy and press charges on me.”

Till however, thinks Perry needs to lighten up. Speaking to iFLTV (transcribed by The Mac Life) prior to UFC Vegas 4, the 27-year-old said that Mike needs to ‘take the joke’ but added it’s ‘no problem’ if he wants to come and looking him.

“Come on son, get off it,” Till said. “Take the joke, mate, and take your head for a wobble. He ain’t gonna do f***ing shit, and if you are f***ing come and see me. No problem, mate, no problem. But get off all that s***. What, just because you’re a bit offended that I’m trolling you and trolling your new girlfriend. You don’t make it no easier for yourself, mate.

“I like Perry. I’m never not gonna like the guy no matter what he does. I f***ing really like him, I’ve got a lot of respect for him and I hope he wins Saturday, but get off all this, ‘If I see you’. That ain’t the way to go with things, mate. There’s a few people who can go that way, you ain’t one of them, mate. You ain’t gonna do nothing. You can do something, it’s no problem, whichever you want to take it. I’m just trolling. I’m trolling journalists and everything at the moment. Nobody is safe from Darren Till’s Instagram and Twitter, mate.”

Despite the bad blood, Till insists he likes Perry and that he’s just trolling him, like he’s trolling everyone right now.

“Perry, he’s a good guy. I’ve shared taxis with Perry. He’s a nice person,” Till said. “He’s a bit f***ing mad — aren’t we all — he’s obviously got this new girl and he’s just giving me ammo. Just giving me lots of ammo. Maybe he does hate me right now, but I don’t give a f***. I’m trolling and I’m building stuff. I’m building empires. You might think the trolling game’s nothing but I’m building fights and getting everyone interested.”

Ahead of UFC Vegas 4, Till also sent Perry a best wishes message on social media.

Till is set to face Robert Whittaker in the UFC Fight Island 3 main event on July 25th.

Do you think Mike Perry should be given the chance to resolve his beef with Darren Till inside the Octagon?