Mike Tyson Gets Called Out By Kevin McBride, Who Retired Him In 2005 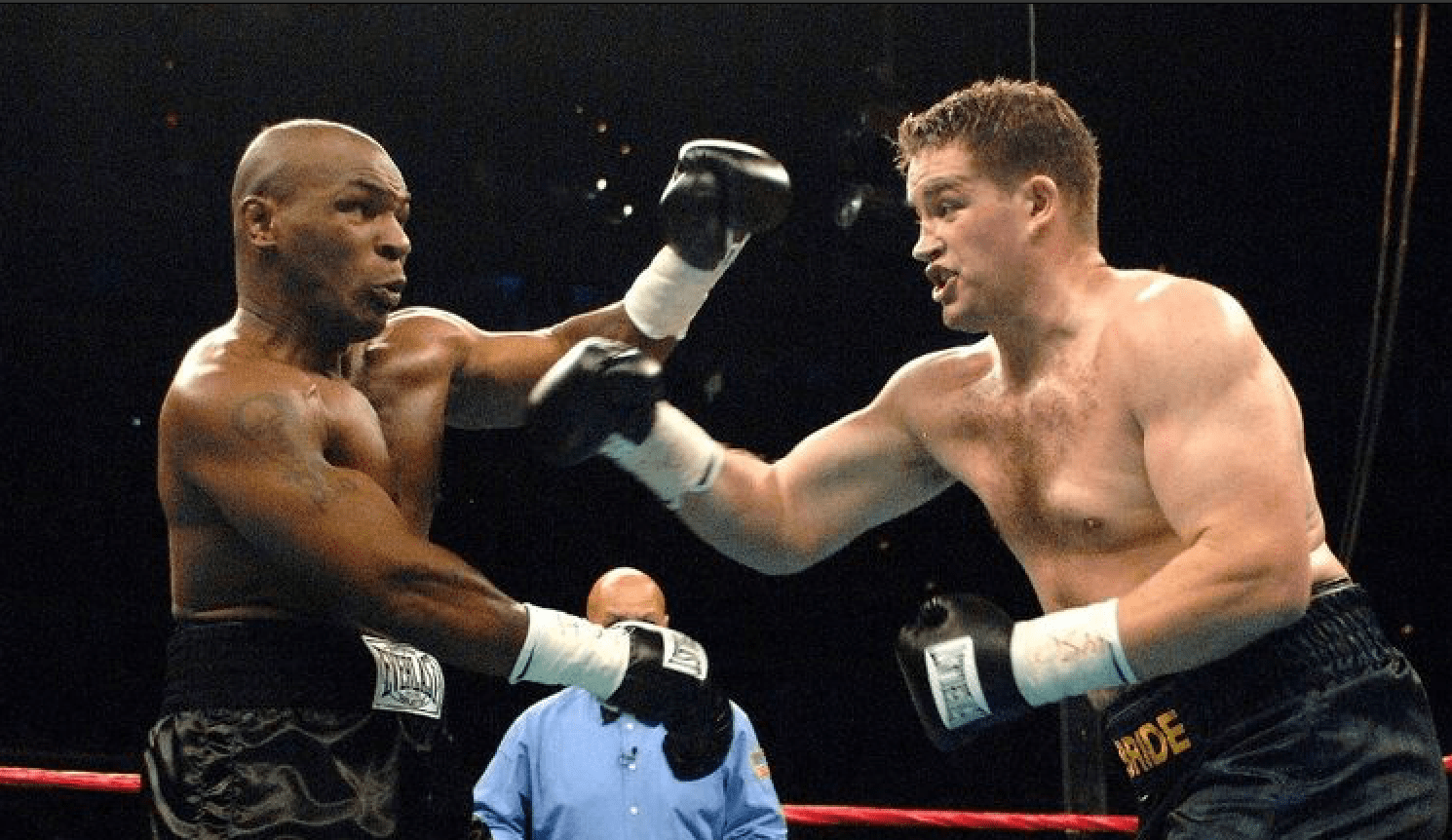 Former Irish heavyweight boxer Kevin McBride, is known as the man who retired Mike Tyson. The two clashed inside the ring on June 11th 2005 and was stopped by the referee after the sixth round, after ‘Iron’ Mike refused to continue.

Now that Tyson has officially come out of the retirement to fight Roy Jones Jr., McBride would like a piece of him as well.

‘The Last Thing That Leaves You Is Your Power’

Speaking to TMZ Sports, McBride opened up on Tyson’s return

“Oh yeah, he looks very good,” McBride said. “I’ve been watching him on TV and on the Facebook and on TMZ. He looks very good for his age you know. And the last thing that leaves you is your power, because you know, George Foreman proved that when he knocked out Michael Moorer. So he still hits pretty hard. He’s probably one of the hardest hitting heavyweights in the world.

The 47-year-old has a simple message for ‘Iron’ Mike.

“Let’s get it on! Definitely would love to fight him again,” McBride said. “Who knows, nobody can rule out anything in this world, because that’s life.

“It would be explosive to fight Mike Tyson again, and I’m sure Mike would love to rectify his loss. And I would just love to jump in the ring again with him, and treat my kids to go through college for free.”

McBride recalled the special night fifteen years ago, when he fought Tyson and met another boxing legend, Muhammad Ali.

“It’s like a dream, I’m in the ring with Mike Tyson in front of 20.000 people in the MCA Center. And then like, nobody gave me a shot, but I trained hard for eight weeks. I remember going and seeing the Cinderella, you know, James J. Braddock, the movie, a couple of days before.

“I thought it was like a dream to fight Mike Tyson a legend. It was like unbelievable. Actually, being in the same ring as him was like a dream come true for me. I got to meet Muhammad Ali the same night because his daughter fought on the undercard, so I met two legends in one night.”

McBride had a few words of advice for Tyson’s next opponent Jones Jr., ahead of their upcoming fight on September 12th.

“If I was Roy Jones, I would tell him to keep his hands up and move,” he said while laughing. “Roy Jones is a talented fighter, and he’s a legend in his own right, you know. But matching with Tyson and Tyson’s power, like you would have to weather some storm there. That’s what I had to do, I had to weather the storm.

“And you know Tyson wasn’t the same fighter, everybody says like ‘Ooh he was all done’. But they don’t realise, and this is god’s honest truth, any heavyweight, any boxer that gets in the ring has guts, number one. Number two is, when you have power you’re always dangerous, It’s never over for that.”

Would you like to see Mike Tyson and Kevin McBride run it back?