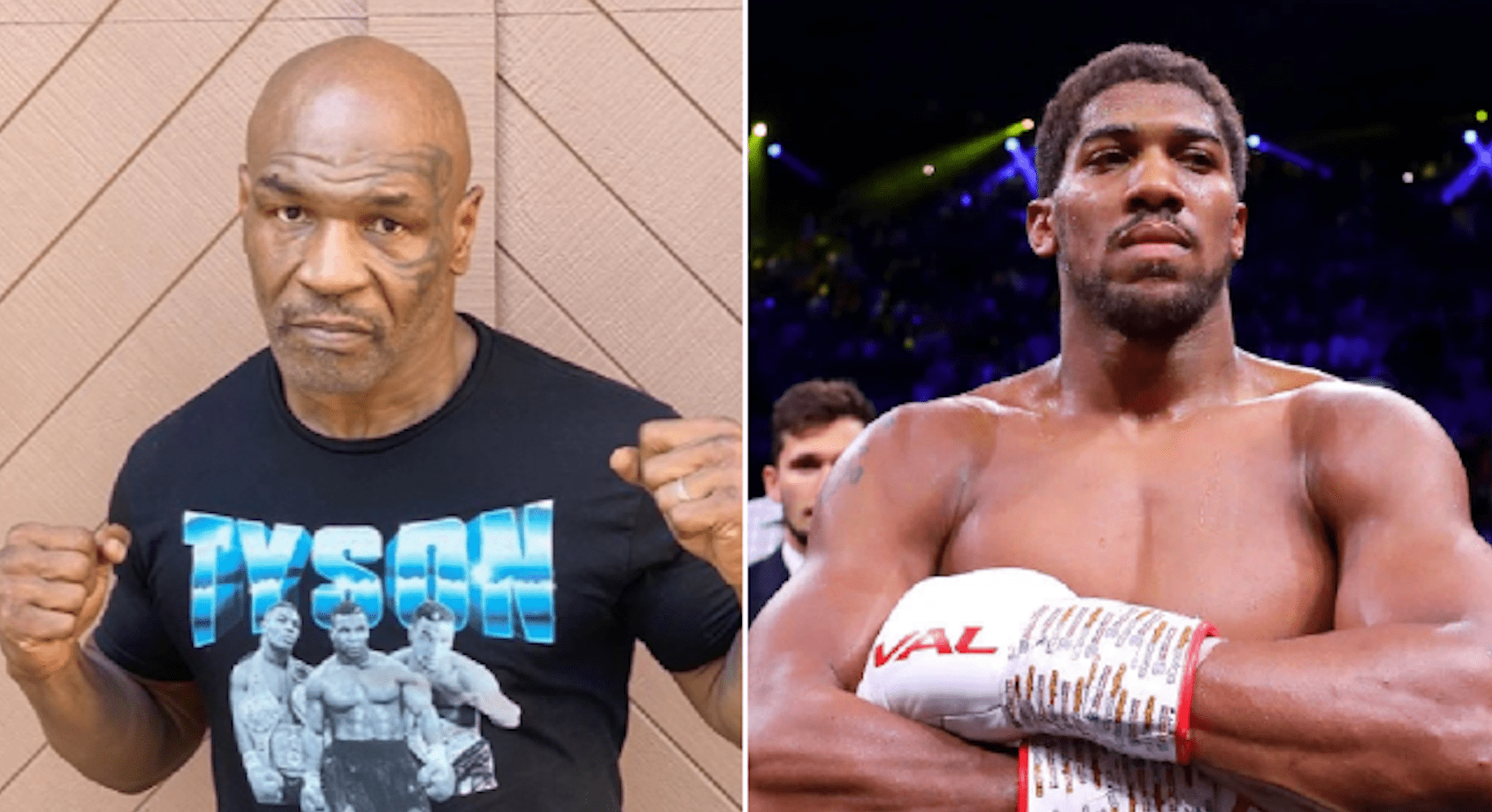 Heavyweight boxing legend Mike Tyson wouldn’t shy away from a fight against WBA (Super), IBF, WBO, and IBO heavyweight champion Anthony Joshua, if it was for the right reasons.

The 54-year-old is currently preparing for his return to the ring, in an exhibition bout against fellow boxing great Roy Jones Jr., on November 28th. Regarding future events, Tyson has hinted at a possible fight against Joshua.

Although Tyson hasn’t fought since 2005, his coach Rafael Cordeiro previously stated that he would give Joshua, Tyson Fury, Deontay Wilder “a run for their money”. Speaking to TMZ Sports (transcribed by BJPenn.com), ‘Iron Mike’ was asked if he would be open to taking on ‘AJ’.

“Listen, I’m very interested,” Tyson said. “If doing that means that we can have a bigger charity exponent, well be it, I’m down to do that too. If it’s all being done out of an exponent of charity and if they’re down to do that, I’m with it too. Listen, it’s entertainment. It’s just for charity. It’s for a good cause. But we’re giving our best.

“I would love to do that. That would be mind-blowing.”

“Something Bigger Than Myself”

Clearly Tyson has no intention of challenging for the title. The former champion has been quick to emphasise the fact that his real motivation is to raise money for charity.

“I wouldn’t be doing it, if it wasn’t for something bigger then myself of course,” Tyson announced.

Tyson hasn’t gone soft. The beast is still there, and at age 54 he still has the skills to turn anyone’s lights off. You only need to watch the training videos he’s posted on social media, to see that for yourselves.

Joshua is set to defend his titles against Kubrat Pulev on December 12th at the O2 Arena in London. And should he win, and Fury beat Wilder the following week, the two are set to fight in a huge unification bout in 2021.

How do you think Mike Tyson would fare against this generation’s champions, such as Anthony Joshua?