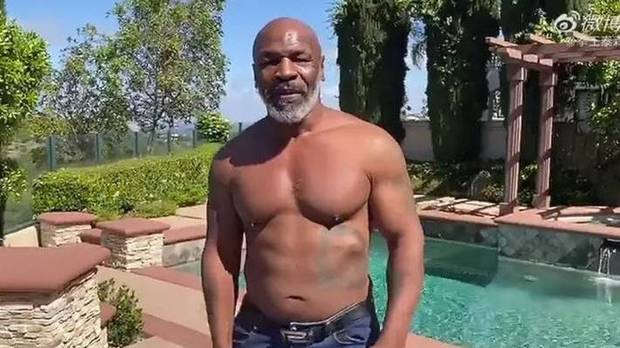 Boxing legends Mike Tyson and Roy Jones Jr. are scheduled to fight each other in an exhibition match on September 12th in Carson, California.

The ruleset, which includes eight rounds of heavyweight action, is yet to be officially revealed and confirmed, but both ‘Superman’ and ‘Iron’ Mike are preparing for it like it’s a real fight.

Looking For The Knockout

Speaking to TMZ Sports, Tyson revealed that exhibition or not, he’ll be looking for the knockout against Jones Jr..

“Hey, if the opportunity comes I’m always looking for it,” Tyson said.

When he was asked to make a prediction about a specific round, his reply was simple.

“You have to come and see.”

“I don’t know he wasn’t worrying about getting hurt when he went on his tour of coming back to fighting. So don’t worry about us, and tell George I love him for caring.

“I’m not concerned [about getting hurt]. We’re both professionals. We know how to handle ourselves and whatever happens, happens.”

Tyson wasn’t explicit about whether or not he held back on his marijuana consumption in preparation for the fight, but he assured fans that he is dedicated and ready.

Although he appreciates all the comments and offers from his fellow boxers, Tyson implied that he won’t be taking up anyone’s offer to help him prepare for Jones Jr.

“I just went on my journey to go on this mission. And a lot of people were giving me their comments for, which I’m very grateful for. But like I said before, this is search and destroy, and I’m looking forward to recapturing my glory.”

Making A Difference While Doing What He Loves

In the end, Tyson is happy that he can make a big difference while doing something he loves doing.

Do you think we will see a knockout in the exhibition fight between Mike Tyson And Roy Jones Jr.?