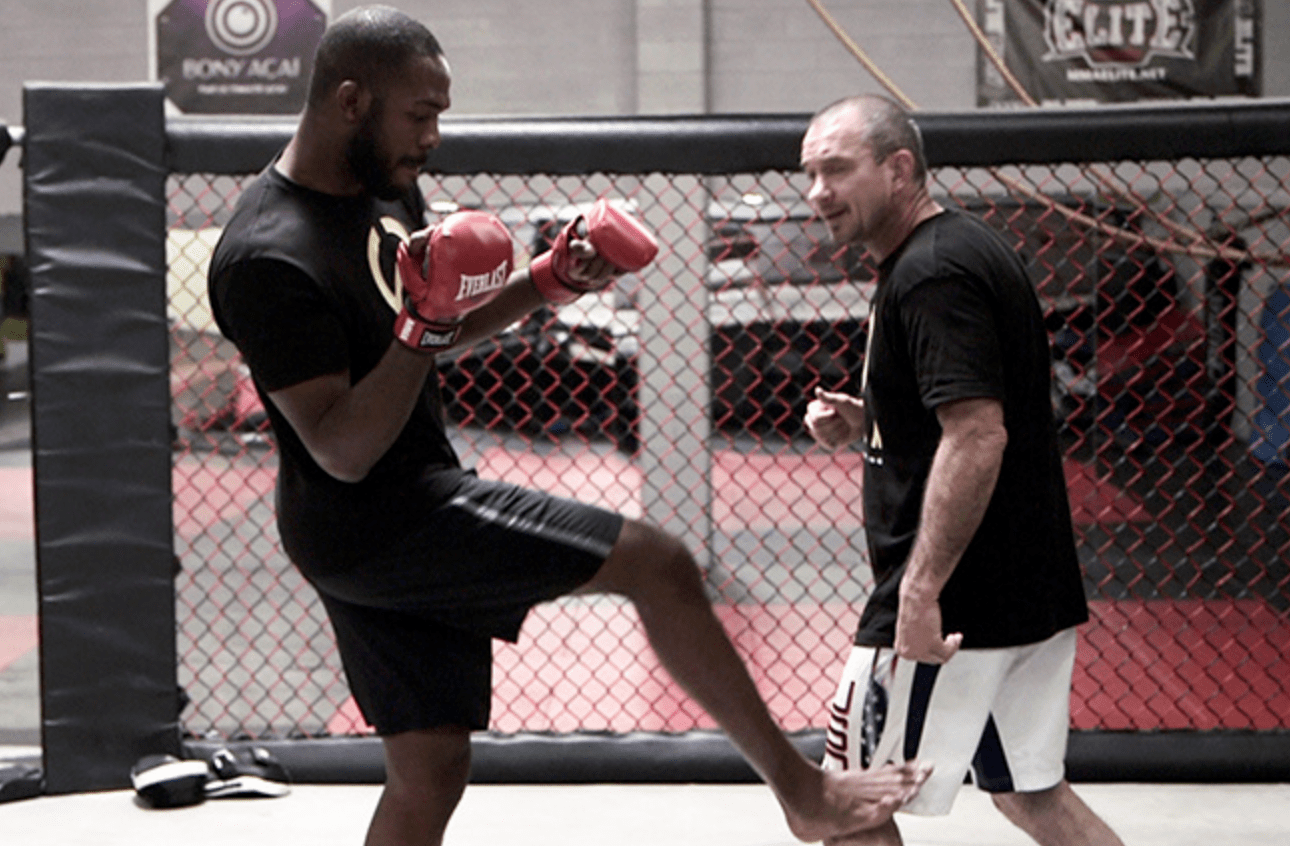 Jon Jones returned to the Octagon at UFC 232, with an impressive win over Alexander Gustafsson, to win back his lightweight belt. It was of course a rematch from their five round epic war, at UFC 165. The rematch didn’t go anything like the first encounter though, as ‘Bones’ shut down Gustafsson’s attack and got the finish via TKO, in the third round.

Jones’ coach Mike Winkeljohn, attributes a lot of the success at UFC 232 to the evolution of his striking. Saying that when he first started out in MMA, he was predominantly a wrestler but has become one of the best strikers in the game.

And the scary thing is, Winkeljohn believes that Jones’ striking is just starting to evolve more and more now. As the JacksonWink MMA coach told Luke Thomas, on The MMA Hour.

“His striking a whole is just starting to evolve more and more and more, there’s no doubt about it. It’s all about being more comfortable in those ranges, just timing and repetition. Jon was really more of a wrestler when he first started, but I feel he’s turned into the best striker in the game because he’s so unpredictable.

“And I think his kicks have gotten so much harder, so much better, that now people worry about the kicks so much that the hands start playing out. So I think it all goes together.”

“I actually had thought maybe by the third round we would have worn him down a little bit, but Jon got in there, got that takedown a little bit sooner than I had thought we would and once Jon gets on top of somebody they almost always turn because they don’t want the bloody mess from the elbows and it played out the way we thought.

“I thought we were going to have to pressure a little bit more, I thought Gustafsson was going to give space, but he put some pressure on us and Jon went back to a little bit longer space moving away a little bit, kind of waiting for Gustafsson and then doing what we wanted to do, which was break his legs down, break him down with hard kicks to the body and to the legs to make it hard for him to move in on us and get to that boxing range,” Winkeljohn added, when asked what parts of the fight went unexpectedly. “And then eventually make it harder for him to defend the takedowns.”